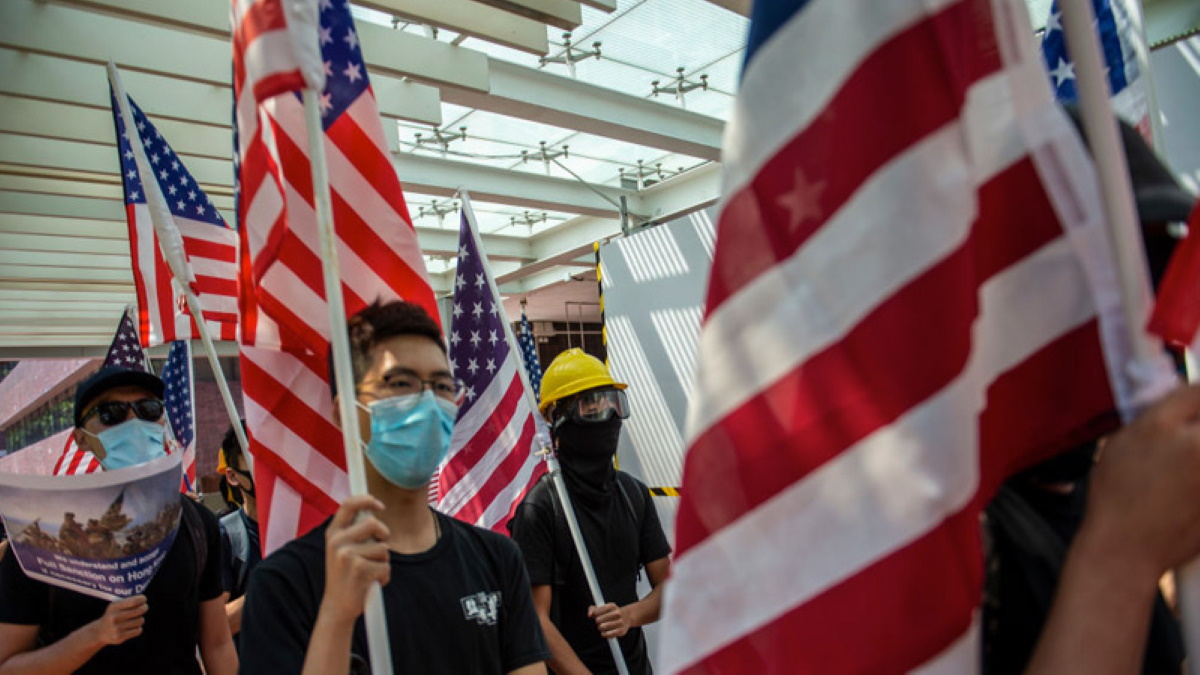 Chinese state-run media is borrowing a page from Hillary Clinton’s 2016 playbook and using the term “basket of deplorables” to refer to Hong Kong protesters.

In a recent article from the Global Times, the communist newspaper attempted to claim Macau, which was turned over by Portugal to China about 20 years ago, could assume Hong Kong’s role as the region’s shining economic beacon if “teeny-bopper” protesters continue to resist Chinese intervention.

Indeed, imploring Chinese youths of this region to understand their ancient and glorious past is something that regional economic and cultural cooperation is being fostered to do from Macao — much more so than the basket of deplorable, social media driven fantasies of certain fanatical teeny-boppers in Hong Kong. In fact, many silent majority in Greater China view these teeny-boppers as monstrous vandals.

Protesters have also been seen waving American flags and praising Donald Trump, fueling concerns from China that the US is behind the protests.

Breitbart editor John Hayward assumes for this reason the newspaper’s use of the phrase was likely intentional:

Communist China has been attempting to portray the Hong Kong uprising as an American plot to destabilize China, so the Clinton phrase was probably borrowed intentionally.

The piece continues by lifting Macau as an example of how Chinese states can have successful, burgeoning economies if only they toe the Communist establishment line.

Overall, in these days when Hong Kong is becoming sick, Macao is becoming a beacon of great health with good medicine, from the first medical school to embracing its brothers and sisters with medicine and education across Guangdong, to its Portuguese-speaking cousins across the world.

When Macao celebrates the 20th anniversary of the handover in December, it will be clear to many that Macao has a new role in this region – and will for sure be aiming for new heights of history.

Violence in Hong Kong has escalated in recent days, with one protester being shot by Chinese forces as they attempt to quell unrest brought about by an extradition bill that would give China ultimate legal authority in the autonomous region.

Clinton coined the “basket of deplorables” term when she used it to refer to Trump supporters at a DNC fundraiser months ahead of the election, claiming his electorate was comprised of “racist, sexist, homophobic, xenophobic, Islamophobic” people.

“You know to just be grossly generalistic, you could put half of Trump’s supporters into what I call the basket of deplorables,” she said. “…the racist, sexist, homophobic, xenophobic, Islamophobic, you name it.”