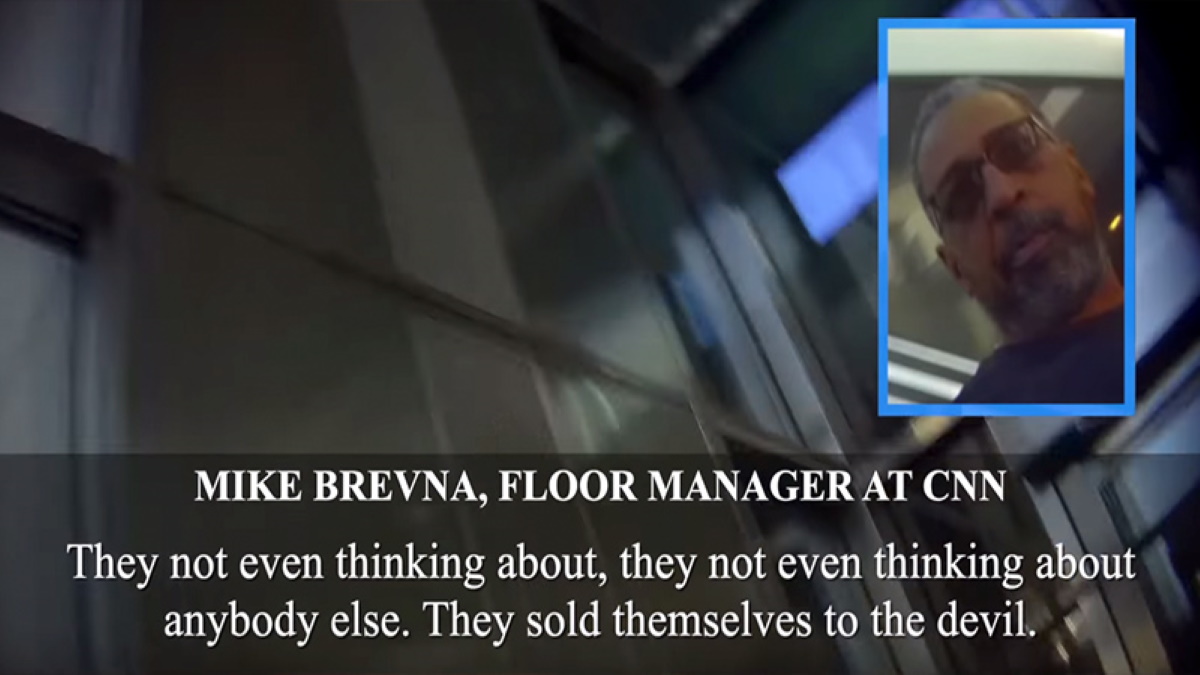 “There’s so much news going on out there, but they don’t cover none of it”

A CNN floor manager was caught on video saying the company has “sold themselves to the devil” and that they only focus on Trump while other news is ignored.

The footage is only one part of Project Veritas’ latest undercover investigation into the anti-Trump news outlet.

“It’s the Trump Network, dog. It’s like everything is all Trump…they not even thinking about anybody else. They sold themselves to the devil,” CNN’s Mike Brevna complained.

Continuing, Brevna said, “It’s sad, because there’s so much news going on out there, but they don’t cover none of it.”

“All they do is… because of sponsors or whatever,” he added, hesitantly mentioning the outlet’s allegiance to advertisers.

Another revelation to come from Project Veritas’ newest video is a CNN supervisor saying he hopes Trump dies soon.