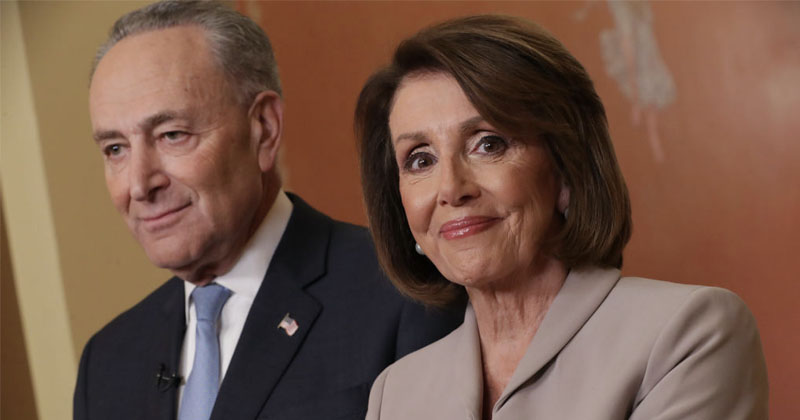 Ukrainian law enforcement officials claimed they have evidence of crimes by U.S. Democrats and their allies in Kiev, “ranging from 2016 election interference to obstructing criminal probes,” according to an explosive April report by The Hill’s John Solomon.

Kostiantyn Kulyk, deputy head of the Prosecutor General’s International Legal Cooperation Department, said that he and other senior law enforcement officials tried sending their evidence to Trump’s Justice Department, but were thwarted by Deep State forces at every turn.

“We were supposed to share this information during a working trip to the United States,” Kulyk said. “However, the [U.S.] ambassador blocked us from obtaining a visa. She didn’t explicitly deny our visa, but also didn’t give it to us.”

The most bombshell evidence against the Democrats they claim to have includes:

– Contacts between Democratic figures in Washington and Ukrainian officials that involved passing along dirt on Donald Trump.

– Records that Vice President Biden pressured Ukrainian officials in March 2016 to fire the prosecutor who oversaw an investigation of Burisma Holdings and who planned to interview Hunter Biden about the financial transfers.

However, Biden himself admitted, even bragged, on video of doing this during a Council on Foreign Relations conference:

– Disbursements of as much as $7 billion in Ukrainian funds that prosecutors believe may have been misappropriated or taken out of the country, including to the United States.

This report was released shortly after William Barr was appointed as Attorney General, suggesting that Obama holdovers may have been preventing this evidence from reaching his desk.

“It’s like no one at DOJ is listening,” an American lawyer who was briefed on the evidence had told Solomon. “There is some compelling evidence that should at least be looked at, evaluated, but the door seems shut at both State and Justice.”

But now that the Democrats have inadvertently revived Biden’s Ukraine dealings, perhaps Barr’s DOJ will investigate the matter further, especially now that Democrats are threatening to impeach Trump over these crimes they themselves have been accused of committing.