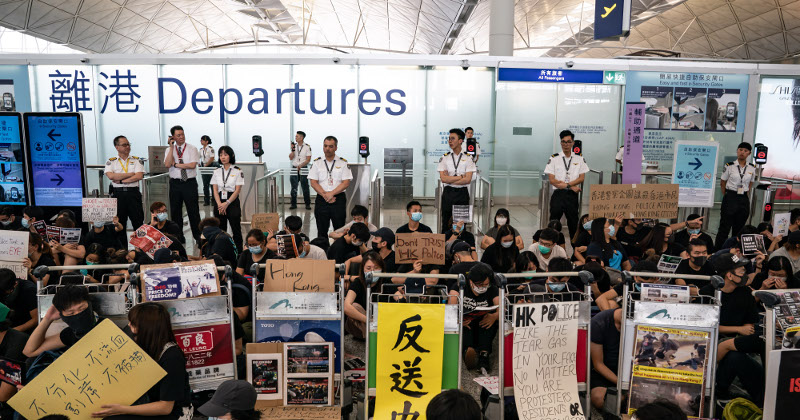 THIS A BIG DEAL PEOPLE

Hong Kong International Airport, one of the world’s busiest terminals, saw further disruption Tuesday with all check-in services being suspended in the afternoon due to pro-democracy demonstrations.

“Terminal operations at Hong Kong International Airport have been seriously disrupted as a result of the public assembly at the airport today,” Airport Authority Hong Kong said in statement. It said that check-in services for departing flights had been suspended since 4:30 p.m. local time and urged customers not to come to the airport.

The authority added that “other departure and arrival flights for the rest of the day will continue to operate, and airlines will provide arrangements for passengers who have not completed the departure process.”

Alex Jones brings to light Hong Kong’s fight against the Chinese communists as they attempt to conquer a free and prosperous nation.