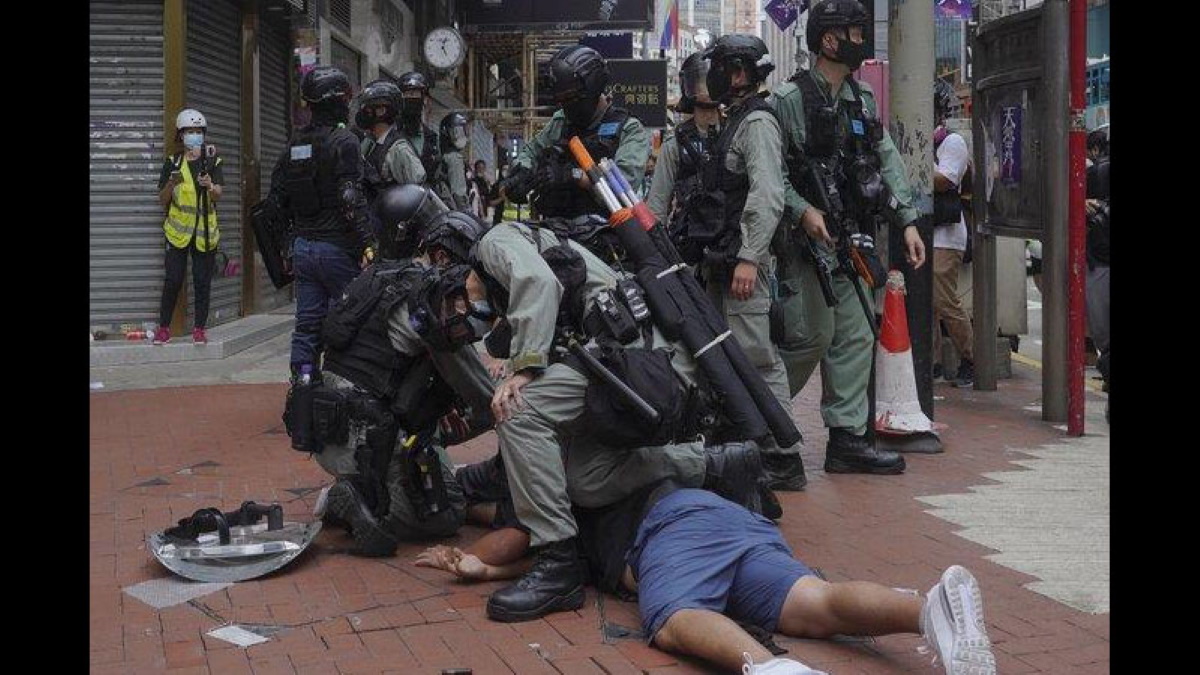 After months of relative quiet amid the coronavirus pandemic, thousands of protesters flooded the streets of Hong Kong, defying the city’s ban on gatherings to voice their opposition to a new “national security” law proposed by Beijing which would threaten the city’s autonomy and the civil liberties of its residents.

The protesters, most of whom could be seen donning masks, were hit with tear gas less than an hour after the start of the demonstrations which resulted in at least 120 arrests – including 40 of which were people accused of blocking Gloucester Road. A water cannon truck was also deployed according to SCMP.“

The first rounds of tear gas were fired around 1:30 p.m. local time outside a Causeway Bay shopping mall. 20 minutes later, the first arrest was made, according to the Epoch Times.

Beijing unveiled details of the law on Friday, which would most likely grant the Chinese Communist Party (CCP)’s security services jurisdiction over matters in Hong Kong – which drew condemnation from Taiwan, the United Kingdom, the EU, Australia, Canada and the United States, according to the report. It also drew immediate protest from opposition lawmakers.

The national security law would bypass the city’s legislture, which is expected to enact a ban on subversion, secession and sedition against Beijing. It will also enable mainland Chinese national security agencies to operate on city soil for the first time.

On Sunday, Chinese Foreign Minister Wang Yi said that Beijing must enact the law without delay, and that it is the role of China’s central government to enforce national security.

“We must get it done without the slightest delay,” said Wang, who added that the law would ‘create more stability and confidence’ in the Special Administration Region as well as a better environment for security.

Shortly after the announcement, Hong Kong residents took to social media to organize a march on Hong Kong Island from Causeway Bay to Wan Chai at 1 p.m. local time on Sunday.

Some protesters were chanting “Liberate Hong Kong, revolution of our times,” while others chanted “Hong Kong independence, the only way out,” according to CNN.

Gerald Celente guest hosts The Alex Jones Show to break down how the Covid-19 bioweapon hoax is being used to enforce a globalist authoritarian takeover.