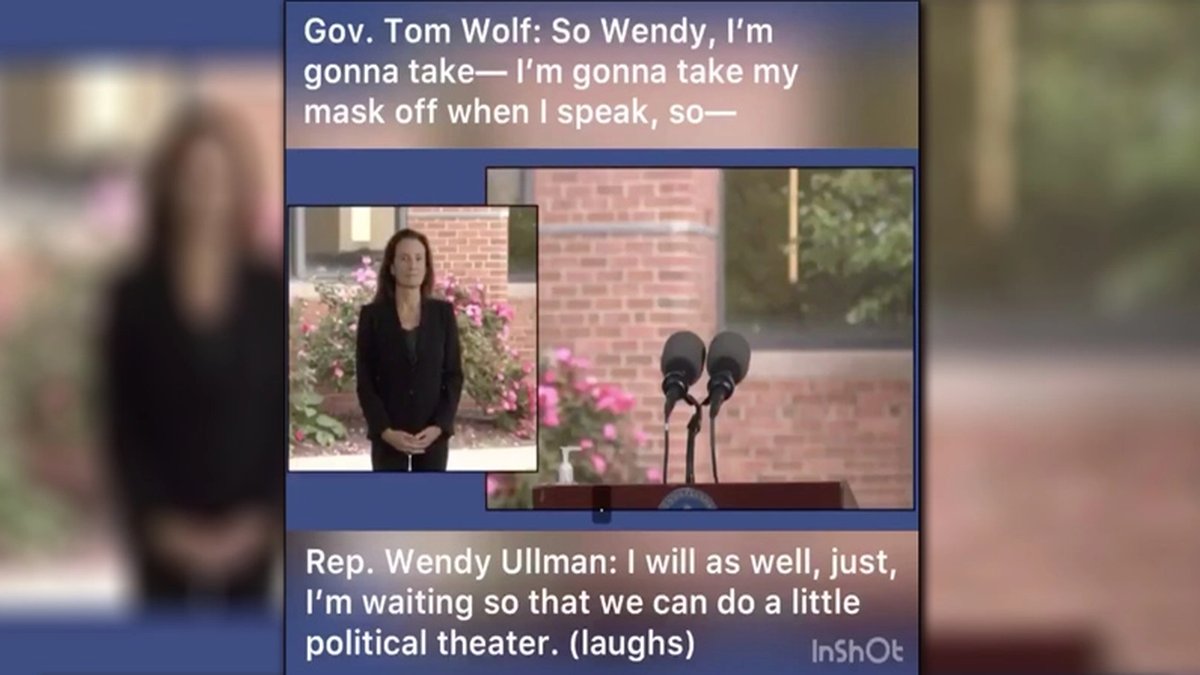 A hot mic captured the moment a Pennsylvania House rep admitted to the state’s governor Tom Wolf that face masks are only being worn for the camera as “political theater.”

In video footage of the Tuesday press conference, Gov. Wolf can be overheard addressing Democrat District 143 Rep. Wendy Ullman off-camera, coordinating the move to take their masks off while they speak on the microphone.

“I will as well,” Rep. Ullman acknowledges, adding, “just, I’m waiting so that we can do a little political theater.”

“Okay,” Gov. Wolf responds, as they both proceed to laugh.

“So that it’s on-camera,” Ullman adds, her voice getting louder as she nears the mic and points towards reporters.

Ullman appeared mask-less beside a masked Gov. Wolf in a photo later shared on her Twitter account following the presser.

After Ullman finishes her speech, Gov. Wolf approaches the mic and also removes his face mask before speaking, as can be observed in the CBS Pittsburgh report below.

“During this current political climate, a mask has become a symbol of government oppression. Because a mask has become a political symbol during this current and highly politicized pandemic, the wearing of a mask is a form of symbolic speech,” the lawsuit states, according to PhillyVoice.com. “Consequently, via the mask mandate, defendants are compelling plaintiffs to engage in a form of expression and to convey a message with which they disagree.”