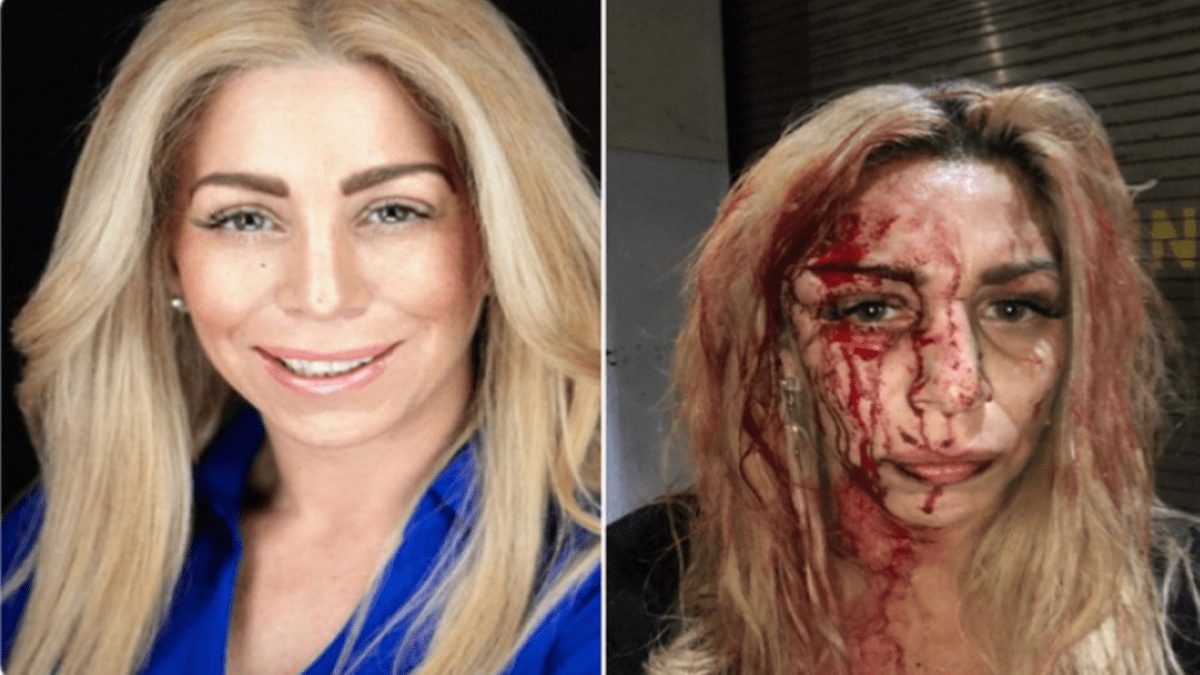 The same mainstream media outlets who feverishly pushed the Jussie Smollett hate crime hoax is suspiciously silent about a supposed racial group attack on a white actress and her friends in New York City this week.

Court documents show actress Jennifer Agostini, 43, and swimsuit model Prendinellys Garcia, 47, claim to have been victims of a racist assault by 10-15 people at the Sky Room club in Midtown Manhattan on Sunday.

After spending nearly $1,000 at the club, the women and their friends were leaving when a member of the group realized she forgot her credit card and tried to re-enter the bar.

According to the petition filed in New York County Supreme Court, this is when all hell broke loose.

An African American bouncer is said to have “pushed the young lady” looking for her credit card and then he “proceeded to continue to manhandle the two women.”

Garcia’s husband Cal Stuart and a friend named Christopher Selletti stepped in to try and help the women and were threatened by the bouncer, who was backed up by a group of his friends in the club.

“You don’t have to put your hands on a woman like that,” Stuart allegedly told the bouncer.

Next, the group tried to leave the Sky Room, but were suddenly attacked by a group of 10-15 people shouting racial slurs, such as, “white motherf—ers,” “dirty white b—-es” and “f—k those white b—-es and their money.”

Garcia told New York Daily News several of the assailants were black women, but noted the racist ladies didn’t even get her race right.

“I’m Puerto Rican, my girlfriends are white, my husband’s white, everybody else is white,” she explained. “It was crazy.”

“It was just this stampede as we were leaving. We just got rushed and assaulted by, I can’t tell you by how many people,” Agostini told the New York Post.

Agostini, who is set to begin filming the show “Brooklyn Ties” this spring, added, “I’m a lead character on the series in March, and I have to now go to see numerous plastic surgeons, and I also have to go back to the concussion center to MRI my head.”

“I was pushed on to the ground and eight individuals jumped on top of me and brutally assaulted me,” Agostini continued. “I have five stitches in my head. My whole eye is closed. I am going to have numerous scars on my face.”

See the damage done to Agostini in the photos below:

“They were punching and kicking me on my body,” Garcia said. “I have a black eye. I have been having a lot of headaches. My whole entire body hurts.”

Heavy reported, “According to a medical report filed in New York County Supreme Court, Agostini suffered facial lacerations that will leave permanent scarring, as well as a traumatic head injury.”

“The medical report notes that Agostini did not appear to be suffering from a brain bleed or serious concussion, but was advised to watch for certain symptoms that could develop later on,” the article continues.

Christopher Selletti “received a puncture to his lung and rib area” and Carl Stuart was beaten all over his body.

The document claims the “bald, African-American, silver goatee security member not only instigated the assault but was also a participant. This security staff member at his behest had gang members who were his friends assist in the participation of the assault.”

The group is asking a Manhattan judge to have Sky Room preserve surveillance footage of the supposed mob attack to be used in their lawsuit.

“The New York State Courts are clear on the law regarding the preservation of video evidence,” the petition states. “The Respondents must secure the videotapes concerning the assault footage and cannot erase the footage or tape over it.”

So far, only local NYC outlets and a few conservative media organizations have covered this story, which is interesting considering the multi-week mainstream media takeover that followed the alleged attack on actor Jussie Smollett.

Does the establishment media not care about racial attacks when the victims are white, and in this case also Puerto Rican?

Below is a video highlighting the media’s reaction to the Jussie Smollett hoax. Also, Alex Jones predicts Smollett likely faked the attack before and turns out to be totally correct: