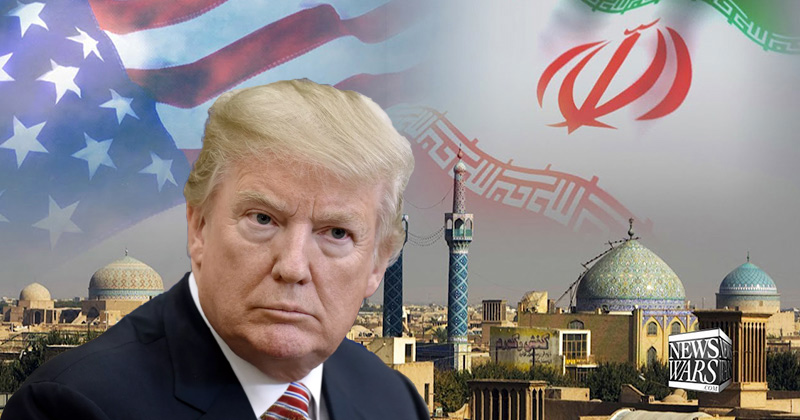 “We’ve never done it to this level. It’s too bad what’s happening with Iran, it’s going to hell.”

In a likely effort to satisfy the hawks and keep up “maximum pressure” on Iran in the wake of its alleged attacks on Saudi Aramco facilities (by Saudi and US accounts), President Trump on Friday has announced the “highest sanctions ever imposed on a country”. This is the long awaited “response” coordinated with the Saudis – according to the press briefing – in the aftermath of last week’s devastating aerial attacks on the kingdom.

Addressing reporters in the oval office, the president outlined new sanctions targeting the Iranian national bank, which he described as going “right to the top”.

President Trump: “These are the highest sanctions ever imposed on a country, we’ve never done it to this level. It’s too bad what’s happening with Iran, it’s going to hell” pic.twitter.com/kbFeIZKRbw

“They’re practically broke, they are broke. And They could solve the problem very easily. All they have to do is stop with the terror,” the president said further, alluding to Iran’s downward spiraling economy after over a year of biting US-led sanctions.

He also called Iran the “number one sponsor of terror” worldwide. However, echoing his prior willingness to enter into direct no conditions talks with Iran’s leaders over their nuclear program, Trump acknowledged Iran has “great potential” assuming it would abandon its “terror sponsorship” and return to good faith dialogue with the US.

Though precise details of the new impending sanctions on the Islamic Republic’s national bank were not discussed in the president’s comments, US Secretary of the Treasury Steven Mnuchin indicated the new actions against Tehran would be “very big” and will target last source of funds for Iran.

Is he sanctioning the sky now? https://t.co/REyaNyRg44

“Both the central bank of Iran as well as National Development Fund – which is their soverign wealth fund – will be cut off from our banking system,” Mnuchin said. “We’ve now cut off all source of funds to Iran,” he added.

The obvious question remains is whether if these are the “highest sanctions”…can they get any higher at all from here? We’re sure Washington can find a way.