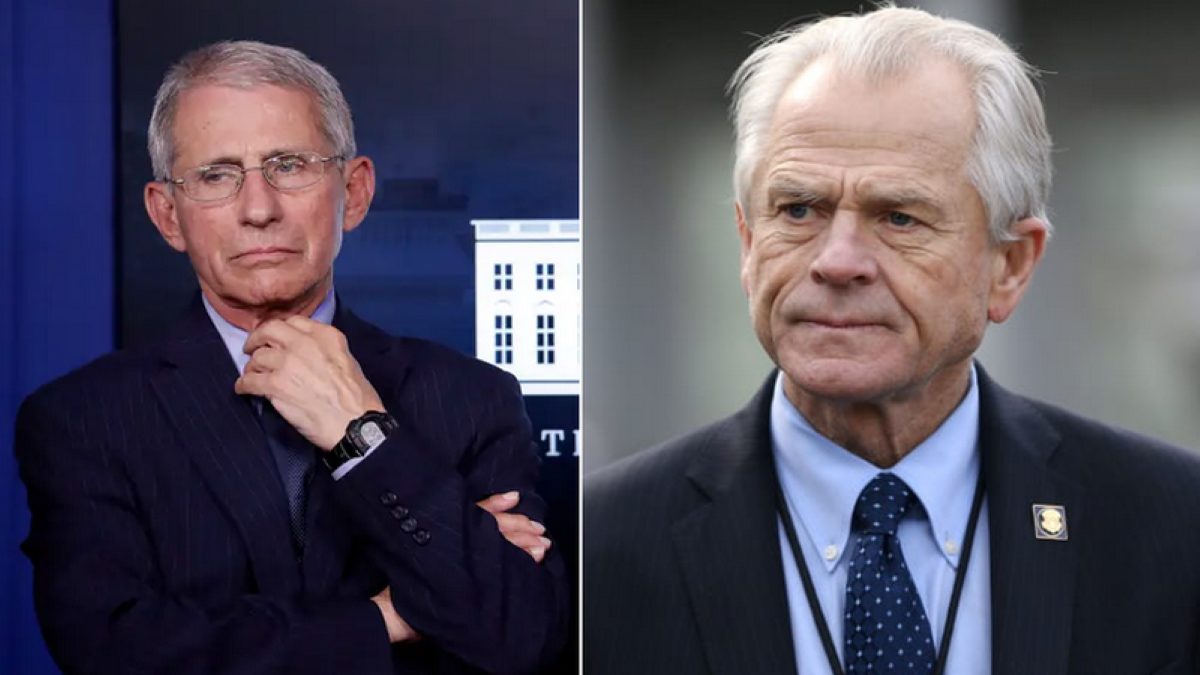 White House economic adviser got into a massive argument with the coronavirus task force’s Anthony Fauci over the doctor’s ongoing resistance to the use of hydroxychloroquine to treat COVID-19, despite reports of the drug’s widespread efficacy.

According to the report, towards the end of the meeting Hahn began a discussion of the commonly used malaria drug hydroxychloroquine – which was recently rated the ‘most effective therapy‘ for coronavirus according to a global survey of more than 6,000 doctors.

After Hahn gave an update on various trials and real-world use of the drug, Navarro got up and dropped a stack of folders on the table to pass around.

According to Axios‘s source, “the first words out of his [Navarro’s] mouth are that the studies that he’s seen, I believe they’re mostly overseas, show ‘clear therapeutic efficacy,’” adding “Those are the exact words out of his mouth.

Fauci – who’s not got his own Twitter hashtag, #FireFauci – began pushing back against Navarro, repeating his oft-repeated contention that ‘there’s only anecdotal evidence’ that the drug works against COVID-19.

Navarro exploded – after Fauci’s mention of anecdotal evidence “just set Peter off.” The economic adviser shot back “That’s the science, not anecdote,” while pointing to the stack of folders on the desk, which included the results of studies from around the world showing its efficacy.

Here’s what unfolded next, via Axios:

Meanwhile, 37% of 6,227 doctors across 30 countries felt the drug was the “most effective therapy” out of 15 options in treating coronavirus, according to a poll reported by the Washington Times.

More from the Sermo poll (via the Washington Times)

“Physicians should have more of a voice in how we deal with this pandemic and be able to quickly share information with one another and the world,” he said. “With censorship of the media and the medical community in some countries, along with biased and poorly designed studies, solutions to the pandemic are being delayed.”

The survey also found that 63% of U.S. physicians believe restrictions should be lifted in six weeks or more, and that the epidemic’s peak is at least 3-4 weeks away.

The survey also found that 83% of global physicians anticipate a second global outbreak, including 90% of U.S. doctors but only 50% of physicians in China.

On average, U.S. coronavirus testing takes 4-5 days, while 10% of cases take longer than seven days. In China, 73% of doctors reported getting rest results back in 24 hours.

In cases of ventilator shortages, all countries but China said the top criteria should be patients with the best chance of recovery (47%), followed by patients with the highest risk of death (21%), and then first responders (15%).