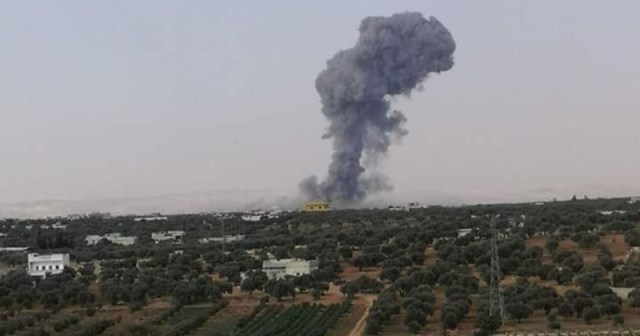 According to local sources, eyewitnesses observed up to seven explosions before seeing a massive black plume of smoke rise high on the horizon

According to breaking reports the United States has conducted major airstrikes on Idlib in northwest Syria, which came just after a fierce bombardment over the past days by Russian jets on the province.

The unconfirmed local reports say a large series of explosions on Saturday rocked the countryside just outside Idlib city in what is believed to have been US coalition missile strikes on the insurgent group Horas al-Din’s headquarters (Al-Qaeda affiliate in Syria).

If confirmed the surprising coalition airstrikes would be hugely significant and an almost unprecedented development, given the White House has for years threatened to attack Syrian government and Russian forces over this very thing — aerial bombardment of Idlib.

Nick Begich breaks down the man-made climate hoax plan to enact austerity measures on the middle and lower class.

According to local sources, eyewitnesses observed up to seven explosions before seeing a massive black plume of smoke rise high on the horizon.

Is always good to see satans’ pagen children getting their asss’ blown up!