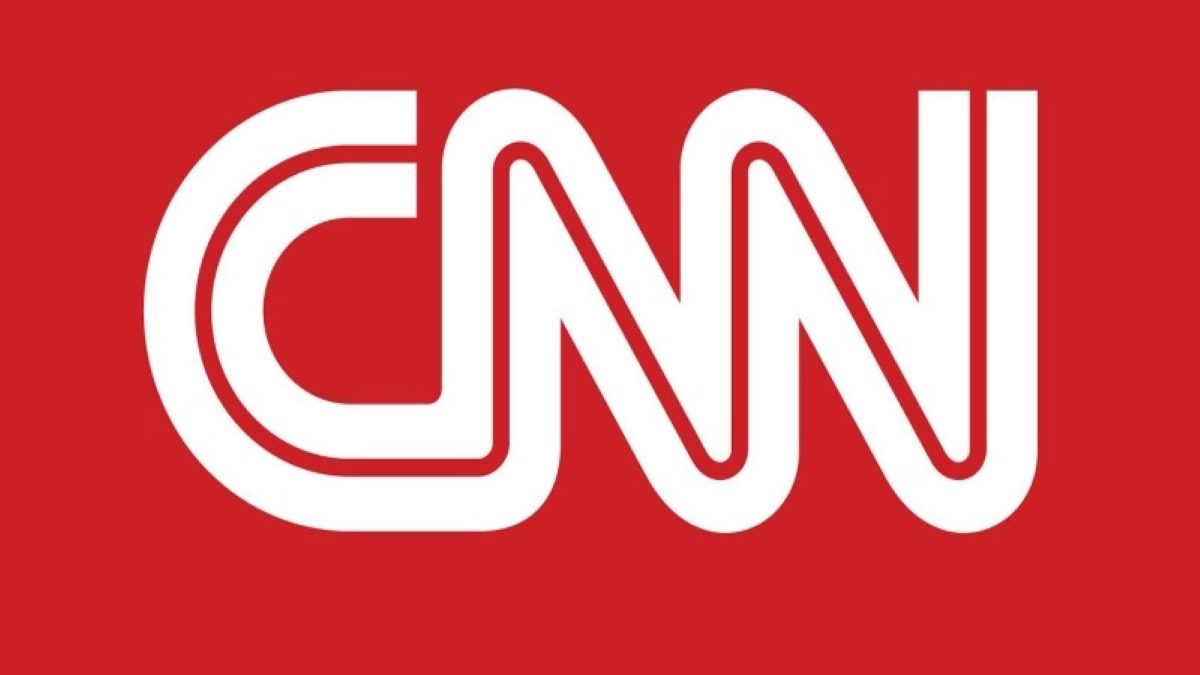 “Our next Project Veritas #BeBrave insider is from within CNN.”

Having exposed the disturbing realities inside Facebook, Google, The New York Times, and The State Department; Project Veritas’ James O’Keefe just hinted at what could be his biggest exposé yet…

Teasing what appears to be a real whistleblower – and remember, these individuals should be protected, according to Schiff et al. – O’Keefe just told an audience in Washington DC that “our next Project Veritas #BeBrave insider is from within CNN.”

Furthermore, O’Keefe warned one very special individual of what is coming… “It might be time to recall the worst things you’ve said to CNN staff in the hallways, Brian Stetler”

But Jack Posobiec sums it up most ominously:

We cannot wait to hear how unfair this is and why this “whistleblower”, unlike the other one, needs to be doxx’d immediately.

Alex Jones breaks down key takeaways from the Trump rally in Minnesota and reveals what’s right over the horizon. By the way, we’re currently running our biggest sale since Christmas! Get 50% off products with double Patriot Points and free shipping during our Black Friday Comes Early Sale!

Below is the article posted by O’Keefe as part of the suspense build up to imminent release of the CNN tapes:

“It does not take a majority to prevail, but rather an irate, tireless minority keen to set brushfires of freedom in the minds of men.” – Samuel Adams.

This week, a CNN insider will blow the whistle and through Project Veritas will release dozens of recordings made of officials at the highest levels of CNN, revealing a political agenda, bias and misconduct hidden from public view.

This series of tapes — which we think will be the biggest story of the year for Project Veritas — blends two extraordinary series of events; a brave insider secretly recording at work. This is a hard-hitting piece of hidden camera muckraking into one of the supposed “most trusted names in news.”

A major aspect of this story is the heroic actions of an insider.

By far, the most often asked question (and most important) is “What can I do?”  There is a new genre of answer—you can wear a hidden camera and blow the whistle on your employer through Project Veritas. This new movement, which we are calling “Be Brave. Do Something” is enabling citizens to become catalysts for reform. It is the modern incarnation of what Jack Anderson once described as “the sirens of Greek mythology, who, by their seductive singing, enticed unknowing wayfarers to abandon the cramped boredom of safe passage for a hazardous try at strange excitements and gratifications.”

If Project Veritas is the siren, the wayfarers this year have included two Google employees, a Facebook subcontractor and a Pinterest engineer who gave up their salaries and careers for the public’s right to know. We’ve had the privilege to entice these angels, knowing full well an army of grateful citizens are behind them. Project Veritas supporters have their backs no matter what as long as they stand up for what is true and important for the public to know.

“This was an act of atonement. An attempt to make my conscience clear,” said Zach Vorhies, who leaked us the “Algorithmic Unfairness’ document inside Google.

“Are we going to just let the biggest tech companies decide who wins every election from now on?” said Greg Coppola, who lost his job inside Google speaking out.

“I felt the public had a right to know,” said the Facebook insider who was fired for taking screenshots of them “Deboosting” videos for political reasons.

“For me there was no other option. I could go through the comforts of life, but what are we saving our ammo for,” said Eric Cochran, the Pinterest engineer, who was escorted out the building. “They can stop one man, but they can’t stop all of us.

And so it was destiny that the CNN wayfarer met me in the Spring by a happenstance, inspired by the actions of the others who came before him, I received a simple answer as to why: “I started at CNN with a dream to work in media, but my dream had become a nightmare,” With that, a hidden camera began to record…well…everything.

In our current media landscape, people are famous figures for notoriety. Celebrity is a big name. Hero is a big man. So there is a new breed of heroes – the sort that Daniel Boorstin spoke about in his book The Image: “In our world of big names, our true heroes tend to be anonymous. In this life of illusion and quasi-illusion, the person of solid virtues who can be admired for something more substantial than his well-knowness often proves to be the unsung hero: the teacher, the nurse, the mother, the honest cop, the hard worker at lonely, underpaid, unglamorous, unpublicized jobs.

“These anonymous heroes become part of the Veritas army.”

And then there is the act of investigating the media itself. Critics and political marketing industry operatives will rush to condemn this series of tapes with broad platitudes on how any efforts are “anti-journalist.” We’ve heard “The truth is more important than ever,” “Democracy Dies in Darkness,” and so forth. But behind the veneer of “holier than thou” sanctimonious attitudes are some ugly truths about the 4th estate.

But they are not new gathering. And our press isn’t truly free.

In fact, based upon what the people in these tapes say, it’s no longer even doing legitimate news gathering.

The media has become an industrial system of production that manufactures consent. This is true whether said by Noam Chomsky, James O’Keefe, or Glenn Greenwald. Political implications aside, the media has become an organ of propaganda that is only about commercialism, clicks, ratings, power and influence and political advocacy. All the while, the press evades scrutiny by appealing to rights afforded by the 1st amendment, while adhering to none the accompanying duties.

Big Tech and Big Media Corporations have more power than all three branches of government, but who holds them accountable? Who watches the watchmen?  And why is it so important somebody holds them to account? Because doing their jobs is required in a Democracy.

The public’s right to know make all other rights in our society possible, because our government exists with the consent of the governed, and this consent must be informed. People will make their own decisions when they are properly informed.

Real journalism shouldn’t only be discourse, moral judgments, and conclusions. It shouldn’t have to engage in relentless speculation, punditry and stenography, opining to the masses. It should not abuse participation in advocacy work for anonymous leakers where sources in government get to set the agenda.

Investigative reporters (the real ones) have the duty to go beyond what somebody wants us to publish. What journalists ought to do is simply engage in the empirical method — to a degree so real — that the resulting truths transfix and anesthetize. When people are able to see what is happening, it becomes more real. We show that transgressions are in fact transgressions. The way to achieve proper reforms is to precisely capture reality.

On the Economic side, there is no question that much of corruption is due to economic pressures. Real truth finding often is a loss-leader in any business sense, and that’s why it is almost completely extinct from commercial news gathering. Being “the tip of the spear” often puts us in an exposed position where the results of our work reverberates into embarrassment, resignations, deeply penetrates the fabric of people’s lives and violates social boundaries. That means litigation, retaliation and economic pressures. “Many of the large media companies are fully integrated into the market, and for the others, too. The pressures of stockholders, directors, and bankers to focus on the bottom line are powerful.”

The first step towards reforming the system is accurately reporting reality that shakes people awake with moral indignation. But in the digital era, with streaming visuals, hard to refute, we’re able to cut through propaganda like a hot knife through butter, trusting the power of free people to make the best policy decisions if they are equipped with the truth.  We break down the barrier between the realms of how public officials behave in public and private, and therefore tackle the great lie.

It seems like most of the people who are supposed to govern are busy staring into a TV camera. As paraphrase as it was once said, one cameraman has more power than us senators. They are protected from any public scrutiny. They demonstrate Sanctimonious, holier-than-thou smugness. Journalists are no longer about public service, and in private, they will change the subject if you talk about democracy dying in darkness. It’s really about commercialism, clicks, ratings, power and influence.

It’s not just politicians who kowtow to the cable news order and to the power it yields, it’s the wealthiest man in the world saying that his most proud accomplishment was purchasing his woke, clickbait farm.

Jeff Bezos wrote on the Medium: “Even though The Post is a complexifier for me, I do not at all regret my investment. The Post is a critical institution with a critical mission. My stewardship of The Post and my support of its mission, which will remain unswerving, is something I will be most proud of.”

This man who has built the most powerful company on earth is most proud of the fact he bought a newspaper which isn’t going to earn him any money.

But make no mistake: for Bezos, this isn’t about informing the masses, it’s about power and influence.

And this is why Project Veritas will be exposing CNN this week.