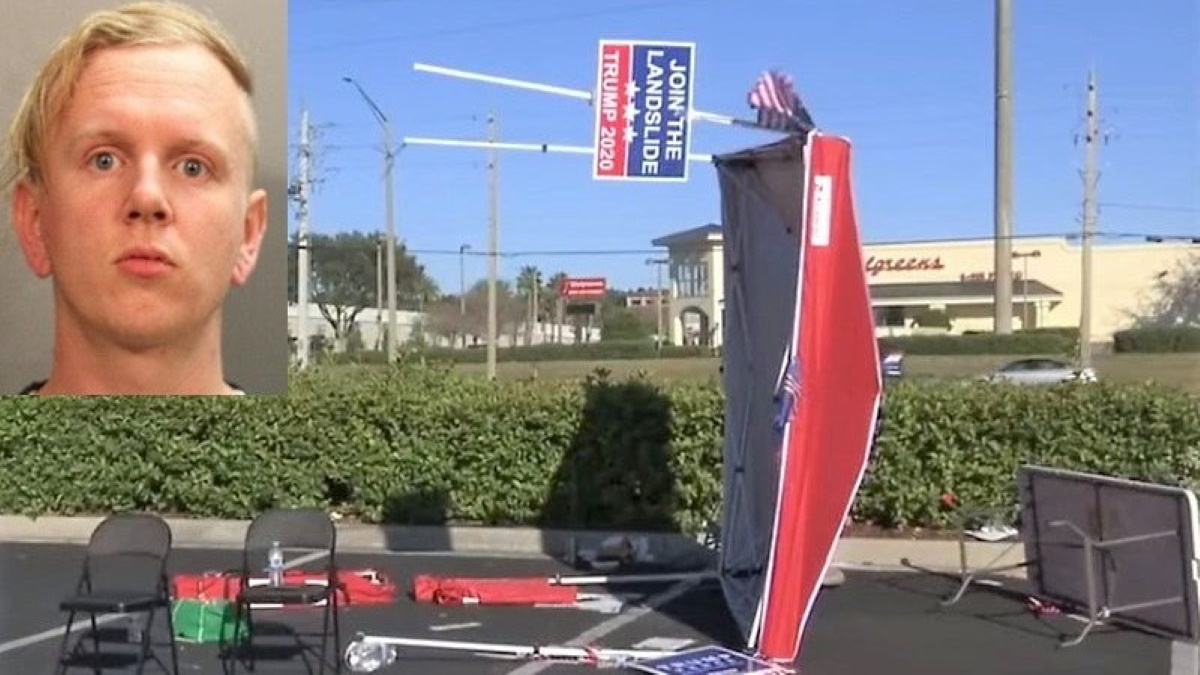 “It’s truly disgusting and honestly I’m getting sick of it.”

Donald Trump Jnr. said the “silence was deafening” after a leftist attempted to run over Trump supporters during a voter registration event in Jacksonville as he slammed the media for barely covering the story.

27-year-old Gregory Timm drove his van into a pro-Trump Republican voter registration drive tent at a Walmart on Saturday and was subsequently seen smiling during a court appearance.

According to the police report, Timm made videos both before and during the attempted attack. He later told authorities that he hated Trump and that “someone had to take a stand.”

While a handful of mainstream networks reported on the incident, they gave it nowhere near the attention it would have received if a Trump supporter had attempted a similar attack against Joe Biden or Elizabeth Warren supporters.

During an appearance on Fox News, Donald Trump Jnr. said “the silence was deafening.”

“The violence against conservatives and Republicans and Trump supporters is so prevalent and so underreported if at all,” said Trump.

“If the shoe was on the other foot and that was some sort of pretend crazy, right-wing, alt-right whatever person doing it to a Bernie Sanders or Elizabeth Warren (event), it would be the number one news story all over America, there’s not a journalist that wouldn’t be covering it ad nauseam for weeks, but when it happens to a Trump supporter…it’s getting to the point of tacit complicity from the left and from the media which are basically the same thing at this point,” he added.

Trump went on to say that if the roles were reversed, the story would have been bigger than anything going on right now, including the Democratic primaries.

“It’s truly disgusting and honestly I’m getting sick of it and so are Americans,” said Trump Jnr.

“Because they won’t cover it they’ve almost started condoning these sort of attacks and it’s truly disgusting,” he added, before challenging someone within the media to “have the guts to actually say enough is enough.”

By the way, people who know what's coming are taking advantage of our healthy & delicious storable food!