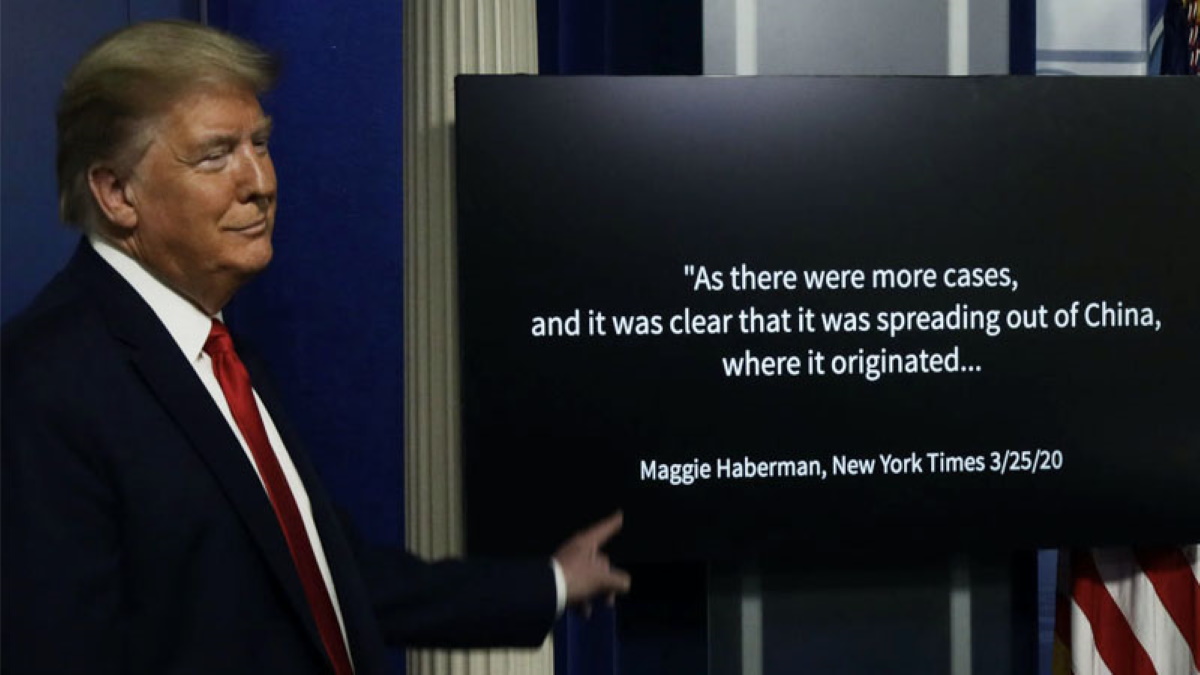 President Trump set the record straight during a White House coronavirus task force briefing after the media tried to claim he didn’t act to mitigate the pandemic soon enough.

During the briefing Monday, Trump stepped aside to let a video montage play showing numerous media figures from January and February downplaying and dismissing the severity of the coronavirus crisis, and other Democrat leaders praising Trump for his response efforts.

The montage was so effective at exposing the media’s hypocrisy and bias that CNN and MSNBC immediately cut the feed, claiming the president was broadcasting “propaganda.”

“We are going to avoid airing any more of this White House briefing until it returns to what it was supposed to be, which was the coronavirus task force providing medical information,” said MSNBC Chief Legal Correspondent Ari Melber.

ABC’s Jon Karl asked Trump: “I have never seen a video like that played in this room…Why did you feel the need to do that?”

“Because we’re getting Fake News & I’d like to have it corrected,” Trump replied.

The mainstream media has cut away from Trump’s task force briefings several times and has called for boycotting future briefings after he floated hydroxychloroquine as a possible treatment for coronavirus.

Jim Hoft of the Gateway Pundit joins The Alex Jones Show to expose what the massively over-projected casualties from COVID-19 mean as the MSM claims credit for impossibly low by comparison real numbers.

The platinum standard of advanced multivitamin formulations is back in stock! Order Vitamin Mineral Fusion at 50% off today!