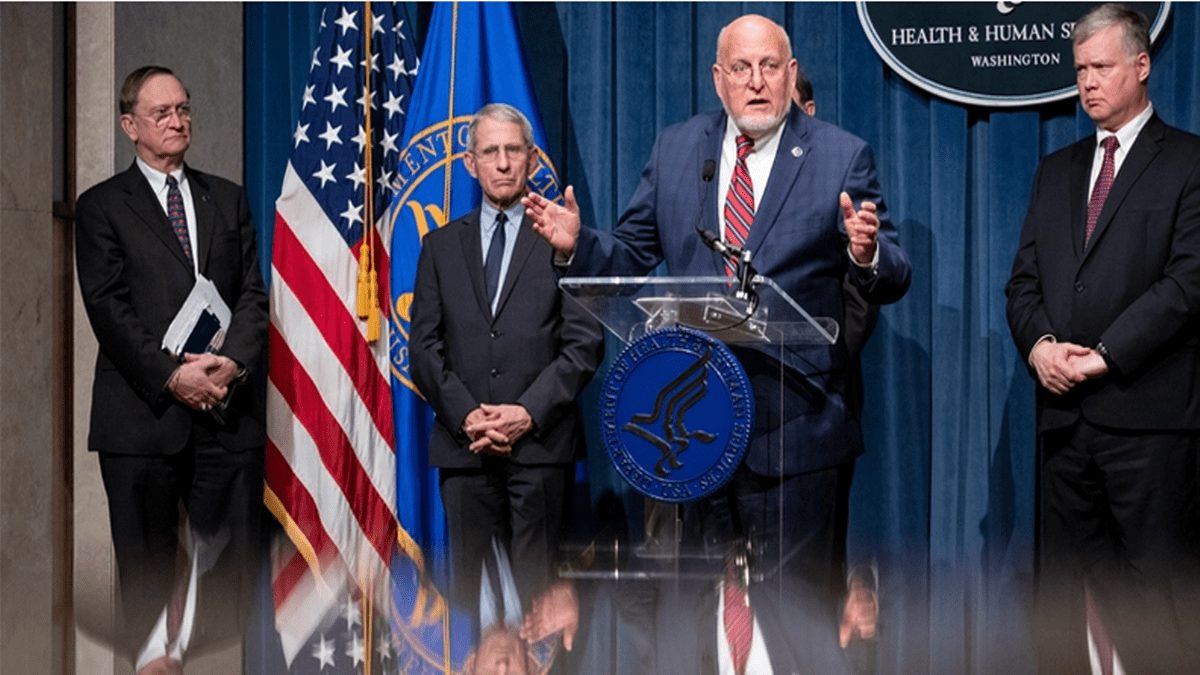 A week ago, we published details that raised questions about the source of the Wuhan novel coronavirus, specifically questioning the official theory for the spread of the Coronavirus epidemic, namely because someone ate bat soup at a Wuhan seafood and animal market as a fabricated farce.

The real reason behind the viral spread, we suggested, was that a weaponized version of the coronavirus (one which may have originally been obtained from Canada), was released by Wuhan’s Institute of Virology (presumably accidentally ), China’s only top, level-4 biohazard lab, which was studying “the world’s most dangerous pathogens.”

At the time we summarized the series of dots and asked “real reporters” to connect them:

But, bygones being bygones, we moved on… until today when no lesser entity than The White House began asking questions about the origin of the deadly coronavirus.

As ABC News reports, the director of the White House’s Office of Science and Technology Policy (OSTP), in a letter to the National Academies of Sciences, Engineering, and Medicine, requested that scientific experts “rapidly” look into the origins of the virus in order to address both the current spread and “to inform future outbreak preparation and better understand animal/human and environmental transmission aspects of coronaviruses.”

Specifically, ABC News’ Chief Medical Correspondent Dr. Jennifer Ashton asked the director of the National Institute of Allergy and Infectious Disease about concerns that stem from misinformation online that the novel coronavirus could have been engineered or deliberately released.

“And one of the things that people are doing right now is very carefully looking at sequences to see if there’s even any possibility much less likelihood that that’s going on. And you could ultimately determine that. So people are looking at it, but right now, the focus is on what are we going to do about what we have.”

The White House has good reason to question the official story as expert virologist Dr. James Lyons-Weiler of the Institute for Pure and Applied Knowledge, showed and explained how the coronavirus’ genetic sequence – which has been publicly released by China – contains a unique “middle fragment” encoding a SARS (severe acute respiratory syndrome) spike protein that appears, according to his genomic analysis, to have been inserted into the 2019-nCoV virus using “pShuttle” technology. This technique can only be done in a lab, as it has never occurred naturally in nature.

“This isn’t a ‘conspiracy theory’, it is a scientific, medical theory,” says Del Bigtree, the Emmy-winning producer and founder of non-profit Informed Consent Action Network (ICAN).

“Its foundation is based on sound science, logic, and research, and the mainstream media needs to be asked whether it is going to pursue this link to SARS instead of trying to censor anyone who is trying to pursue truth via scientific fact.”

One additional, major reason we suspect this line of logical reasoning could be correct – as conspiratorial as it may seem – is that Chinese authorities have launched a full-scale crusade to disprove the fact that this deadly virus was man-made.

“Conspiracy theorists don’t believe in science. I hope that the national professional department will investigate and give us an innocence,” Shi Zhengli, a director at the Wuhan Institute of Virology – the only P4 level biosafety laboratory in China – responded to Caixin on February 4.

Faced with external doubts and accusations, on February 2nd, Shi Zhengli responded angrily in the WeChat circle of friends:

“The new coronavirus in 2019 is a punishment for uncivilized living habits of human beings by nature. It doesn’t matter. I advise those who believe and spread rumours of bad media, believe in the so-called academic analysis that Indian scholars do not rely on, and close your mouth. “

Additionally, as The Washington Times reports, one ominous sign, said a U.S. official, is the that false rumors since the outbreak began several weeks ago have begun circulating on the Chinese Internet claiming the virus is part of a U.S. conspiracy to spread germ weapons.

That could indicate China is preparing propaganda outlets to counter future charges the new virus escaped from one of Wuhan’s civilian or defense research laboratories.

As a reminder, it was discovered that Shi Zhengli had participated in a study published in Natural Medicine on November 9, 2015, about a disease that can be caused by a SARS-like coronavirus (SHC014-CoV) found in Chinese horseshoe bats.

The researchers used the SARS reverse genetics system to generate and identify a chimeric virus. In simple terms, this chimeric virus consists of the surface protein of SHC014 and the backbone of the SARS virus. The chimeric virus can infect human respiratory cells, demonstrating that the surface protein of SHC014 has the necessary structure to bind to key receptors on cells and infect cells. Chimeras can cause disease in mice, but they are not lethal. Studies have shown that viruses currently circulating in bat populations could potentially trigger the potential risk of SARS-CoV (SARS virus) outbreaks.

We are sure this is all just a coincidence – Wuhan epicenter… Only P4 facility in China… A lab investigating bats infected with genetically engineered Coronavirus… Coronavirus infected Bats… Chimeric bio-engineered viruses…. and that is probably why The White House is now asking authorities to investigate the source of the disease.

Of course, when Zero Hedge suggested the same thing, highlighting key personnel in the Wuhan lab that were publicly acknowledged as responsible for that research, we were immediately banned by Twitter. We look forward to reading Buzzfeed’s article decrying The White House for daring to ask questions about the origin of this deadly pandemic.