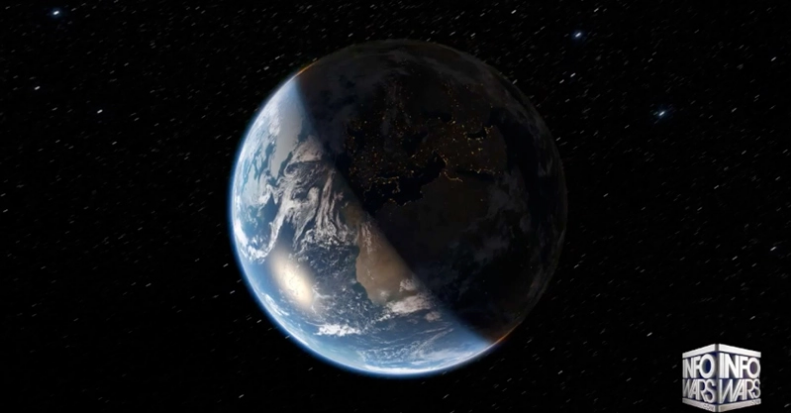 UN chief warns of a world divided between US & China

Two potential futures face humanity; An anti-human world dominated by high tech tyranny, or a pro-human future that could see mankind reach for the stars.

A massive cultural and informational war is dividing the planet. The real political debates that should be happening regarding the technological revolution (as currently directed by its anti-human orchestrators) are not taking place.

U.N. Secretary-General Antonio Guterres said Tuesday that the world is splitting between the United States on one side, and the communist Chinese on the other.

Parag Khanna, globalist and spokesman for the plan for the Asian world order, is very open as to what the world will look like under the Chinese model.

In a recent interview with the Mumbai Mirror, Khanna said that “Technocratic governance,” “caution about free speech” and “self-censorship” will be part of the new value system of the Asian world order.

Khanna told the Mirror that after seeing what happened with Trump and Brexit, Asians are “being very strict with Twitter and Instagram”, adding that “Australia’s new media laws look exactly like Singapore’s.”

Under this order, value systems that uphold western ideals of freedom will be crushed. The communist party in China rightly believes that Christianity holds western values dangerous to the establishment. Seeds of resistance cannot be allowed to take hold.

In 2011, Parag Khanna and Ayesha Khanna wrote in Foreign Policy magazine, “As we move into the Hybrid Age, whoever has the capacity to manage the intersection of technology, capital, and identity can become a pole of power.”

In anticipation of this Asian world order, Facebook, Google, and Apple have made moves to China. Their platforms are being used to ensnare the globe in a grid of surveillance that will enforce a social credit system to keep the masses in line.

A Penn State law professor has warned that the “cultural management machinery” could push western society to accept these social scores, in turn changing “…the focus of public law from constitution and rule of law to analytics and algorithm…”

Another future is also possible. A pro-human, freedom embracing future. President Trump outlined these ideas in a historic speech delivered to the United Nations:

Trump proclaimed that the future belonged to patriots, not globalists.

Greta Thunberg and her globalist backers have many convinced that the planet is doomed because of human activity. Alexandria Ocasio-Cortez says that we should not have children. They have us convinced that we have reached the end of the “wilderness road”, that there is nothing left for humans to achieve, and should in fact scale back our development.

The artificial habitat that we live in has seduced us into a state of complacency. We aren’t exercising the strength that we have as human beings. We are convinced that we are at the end of the road; We don’t need to strive for anything else in our collective state of depression.

In reality, we have untapped potential to use our technology to expand to other worlds.

In March of this year, Trump announced a plan to return to the moon by 2024. Trump said:

“This time, we will not only plant our flag and leave our footprint, we will establish a foundation for an eventual mission to Mars and perhaps, someday, to many worlds beyond.”

Mankind faces a difficult road ahead. As the deep state continually shifts the debates from one contrived scandal after another, we are losing sight of the bigger picture.
The Chinese Government Is Censoring American Systems