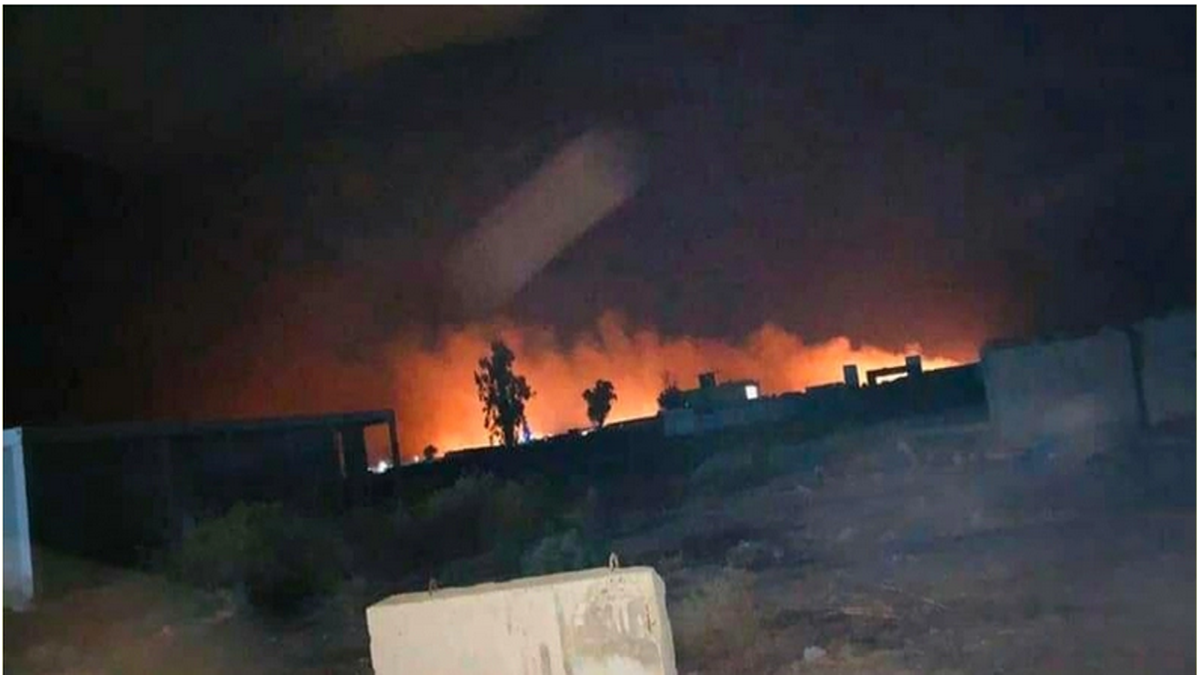 A convoy carrying high-profile members of the Iraq’s Popular Mobilization Forces (PMF), an umbrella group of Iran-backed militias, was hit by an airstrike while traveling in Baghdad, according to multiple reports.

The three-car convoy was struck in the northern outskirts of the Iraqi capital in the district of al-Taji, according to an Iraqi military source cited by Reuters. Six militiamen were reported killed in the attack, with three others critically injured. It remains unclear who carried out the strike.

An unconfirmed photo of the aftermath of the attack emerged on social media, showing three burning vehicles, two of them overturned.

The six killed in the strike have yet to be named, but early reports suggest two paramilitary commanders – Shibl al-Zaydi, secretary general of the Kataib al-Imam militia, as well as Qais Khazali, leader of Asaib Ahl al-Haq – might be among the dead.

The bombing comes on the heels of a US air raid near the Baghdad International Airport, which killed Iran’s powerful Quds Force commander Qassem Soleimani and several top officials in the PMF. Washington argued the strike was “aimed at deterring future Iranian attack plans,” while Tehran slammed the move as an act of “international terrorism” and threatened “crushing revenge.”

Though US President Donald Trump insisted the decision was taken “to stop a war,” stressing that he didn’t seek “regime change” in Tehran, that interpretation was clearly not shared by Iranian Supreme Leader Ali Khamenei, who warned “revenge awaits the criminals who have stained their hands in [Soleimani’s] blood.”

In this high energy breakdown Alex Jones exposes the true motives of Trump’s surgical strike that took out Qassem Soleimani and what this means for the future of America and the Middle East.