Sleepy Joe responsible for another foreign policy disaster akin to a second Fall of Saigon. 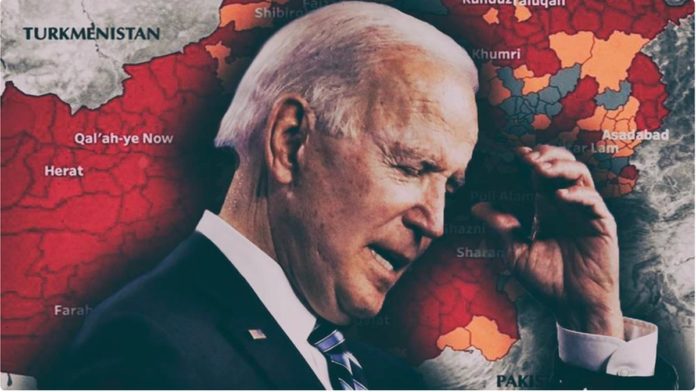 Sleepy Joe responsible for another foreign policy disaster akin to a second Fall of Saigon.

Similar to the the 7.2 Magnitude Earthquake that rocked Haiti, the Taliban is a force of nature causing tectonic shifts under a crumbling Biden Administration lead by the nose by an incompetent Defense Department that has mismanaged Afghanistan from day one.

Despite Biden’s half baked prediction, in just nine days the Taliban took control of more than half of Afghanistan’s provinces.

And as he has done when it comes to the border, the economy, and COVID, Biden blamed the Trump Administration.

As Biden’s globalist mouthpiece Jen Psaki revealed just how disconnected the Administration is, anyone with any recollection will recall that Trump bombed the Taliban to the negotiating table.

As the New York Post recounted, “After warning Taliban leader Hibatullah Akhundzada that he would “come back and hit you harder than any country has ever been hit” if he welched on the deal, Trump made good on his threat and launched punishing airstrikes the first time the Taliban violated the agreement. Since then, not a single U.S. soldier has died in combat in Afghanistan.”

Biden, who has always regarded himself as a foreign policy genius, is now frantically upping the ante, increasing troops from 3000 to 5000 in order to avoid what could be his Saigon moment. As Embassy staff are evacuated, the Taliban has breached Kabul, setting up an invasion into the Capital city that could lapse into a bloodbath.

In 2001, the Taliban abandoned Kabul following the U.S. invasion. At that time, Kabul’s population was half a million. As the U.S. dug its heels into a two decade occupation, Kabul was transformed into a center for a growing urban middle class, exponentially skyrocketing into a population of 4.6 million.

Meanwhile, the Biden’s massive and highly trained Afghan military, has been defeated from one end of  country to the other. As Mazar-i-Sharif the Afghan government’s last stronghold has fallen.

And America watches a failing Commander-in-Chief in the first year of his Presidency mired in globalist directives and foreign policy disasters vacationing at Camp David.

But every American knows – whether they want to or not – that a real U.S. President wouldn’t be able to sleep or leave the White House under the unprecedented pressure and intense scrutiny threatening their legacy. 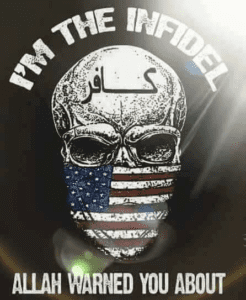