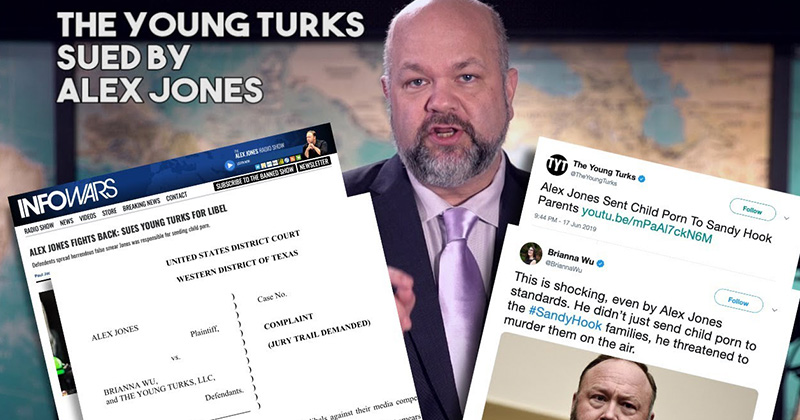 As the suit states: “The defendants launched a campaign of lies and libels against their media competitor and ideological opponent, Alex Jones. Defendants virally spread one of the worst smears that can be spread about anyone: accusing someone of one of the most infamous federal felony crimes, even though defendant knew Jones was actually the victim of that crime.”

“For too long, the media feels it can tell any lie or libel about Alex Jones that it wants. Jones, as a strong advocate of both free press and free speech, resisted calls for suing those who continued to lie and libel him. But enough is enough. It is time to fight back. It is time for the truth to come out. Jones only sued those who refused requests for retractions and corrections,” said Robert Barnes, the attorney for Alex Jones.

“Other defendants who similarly fail to retract or correct can look forward to future lawsuits. The media may think it’s Goliath, but it’s time it met David on the battlefield.”