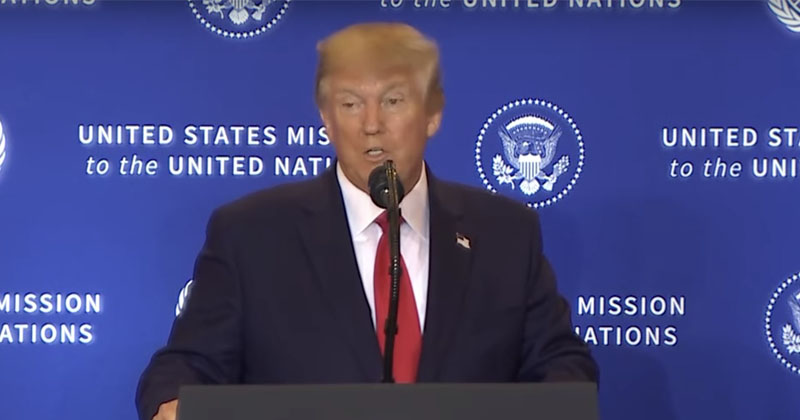 President Trump had some choice words for the Fake News Media and the Democrats during a press conference following his bilateral meeting with Ukraine President Zelensky.

“When you look at all the trauma that these fakers have caused, and look much of the press is not only fake, it’s corrupt,” Trump told reporters on Wednesday. “They’re so wrong, and they know that.”

“If you see the way they treat my family, used to be treated great. My family works so hard. The people that work with me, all of these people, they work so hard.”

Just today, the media has been skewing the substance of Trump’s phone call transcript with Zelensky, misrepresenting that Trump asked him for the “favor” of investigating Biden, when in fact he asked for answers regarding the “Russian collusion” hoax and Hillary Clinton’s emails.

Watch the full press conference below:

The Globalists are scrambling to reclaim the public narrative from the truth in order to defeat President Trump.