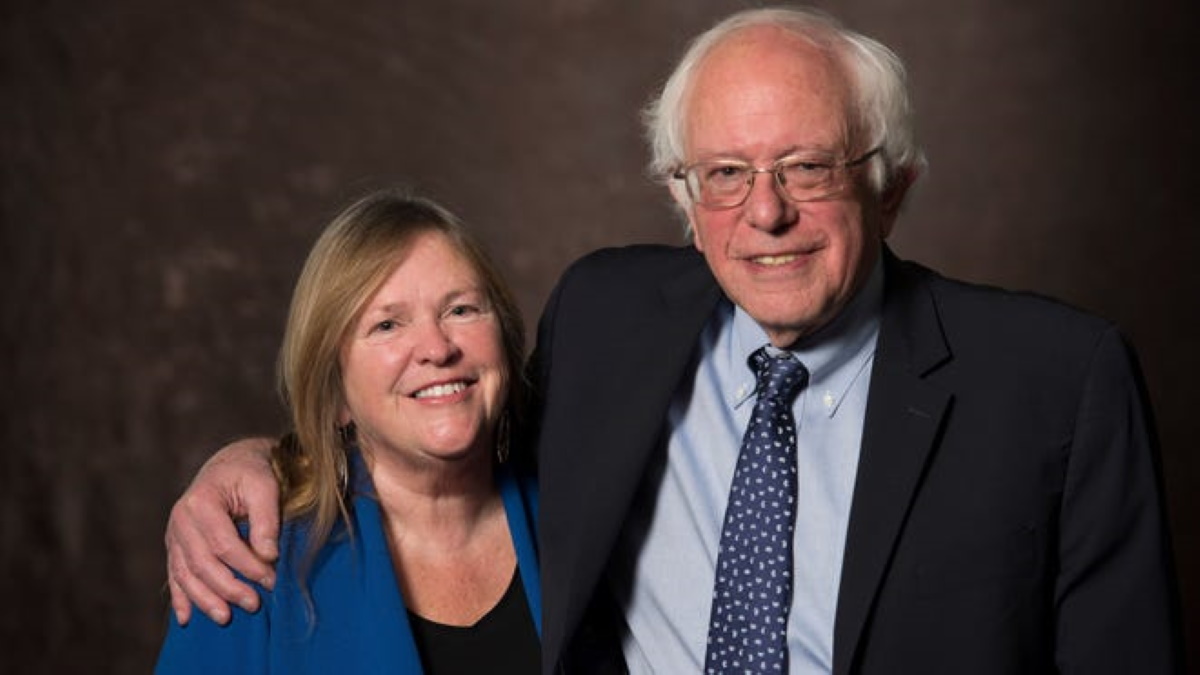 The Vermont-focused nonprofit news organization VTDigger reported in July 2016: “The unassuming two-story, single family home…is the registered address for Old Towne Media LLC — the media buying company that purchased more than $82 million in TV ad time for Bernie Sanders’ Democratic presidential campaign, Federal Election Commission reports through May show. Old Towne’s income from the Sanders campaign has not been disclosed, but the industry standard for ad buy commissions is 15 percent. Based on that formula, the firm could have made $12 million. The ad agency, established in 2014, has almost exclusively served the Sanders campaign, and the company keeps a low profile. It has no website and no listed phone number. A full list of principals isn’t publicly available. Old Towne Media has another connection to Sanders: The two principal buyers for the company worked in the past with his wife, Jane. Jane Sanders, Shelli Hutton-Hartig and Barbara Abar Bougie were media buyers during Bernie Sanders’ 2006 Senate race.”

Old Towne Media was the Sanders campaign’s biggest vendor/recipient of the 2016 election cycle with more than $83 million pumped through Old Towne, according to Open Secrets, but it’s not clear how much money each of the principals at Old Towne ended up pocketing for themselves.

In October and December 2015, the Sanders presidential campaign made two payments totaling $444,937.50 to the New York-based publisher Verso Books, which published his 2015 book Outsider in the White House, an update to his previous book Outsider in the House, leading to Reddit speculation that Sanders’ campaign purchased bulk copies of Sanders’ own book.

Jane Sanders collected over $90,000 from her husband Bernie’s House campaigns for her work as a consultant and ad placer from 2002-2004, while Bernie’s stepdaughter Carina Driscoll made $65,000.

In March 2019, Jane Sanders announced that her Sanders Institute think tank would be ceasing operations and closing its doors to avoid “an appearance of impropriety” regarding donations.

A well-placed insider told National File that Sander’s wife’s ad buy arrangement provided significant stress for the Sanders camp in 2016. To this day, speculation swirls about why Sanders willingly gave up at the end of the Democrat nominating fight and backed Hillary Clinton wholeheartedly at the party’s convention in Philadelphia. Pro-Bernie delegates stormed off the convention floor and laid siege to the media tent in Philadelphia, but their leader Sanders was not agitating alongside them — rather, Sanders ceremonially nominated Hillary Clinton himself. Sanders slammed Hillary Clinton for her email scandal in an early caucus debate in Iowa, then laid off Clinton’s controversy for most of the duration of their months-long battle before finally revisiting it at the tail end of Sanders’ losing campaign. Many Sanders supporters still believe that the Democrat nomination was rigged for Hillary Clinton by the Democratic National Committee.

CNN showed their anti-Bernie bias in the most recent 2020 debate, suggesting that the Democrat establishment may treat Sanders with characteristic unfairness yet again during this year’s primary dogfight. Alexandria Ocasio-Cortez, the socialist congresswoman from New York, has become a prominent face of Sanders’ campaign, underscoring the split between the party’s establishment and its progressive wing. Ocasio-Cortez has sharply criticized Sanders’ opponent Joe Biden.

But if Sanders’ financial scandals hamper his ability to appeal to his progressive base, or provide fodder for a mainstream media that does not support him, then his surging candidacy could face backlash as the primary season gets underway.

CNN clearly does not seem to be on the Bernie bandwagon: