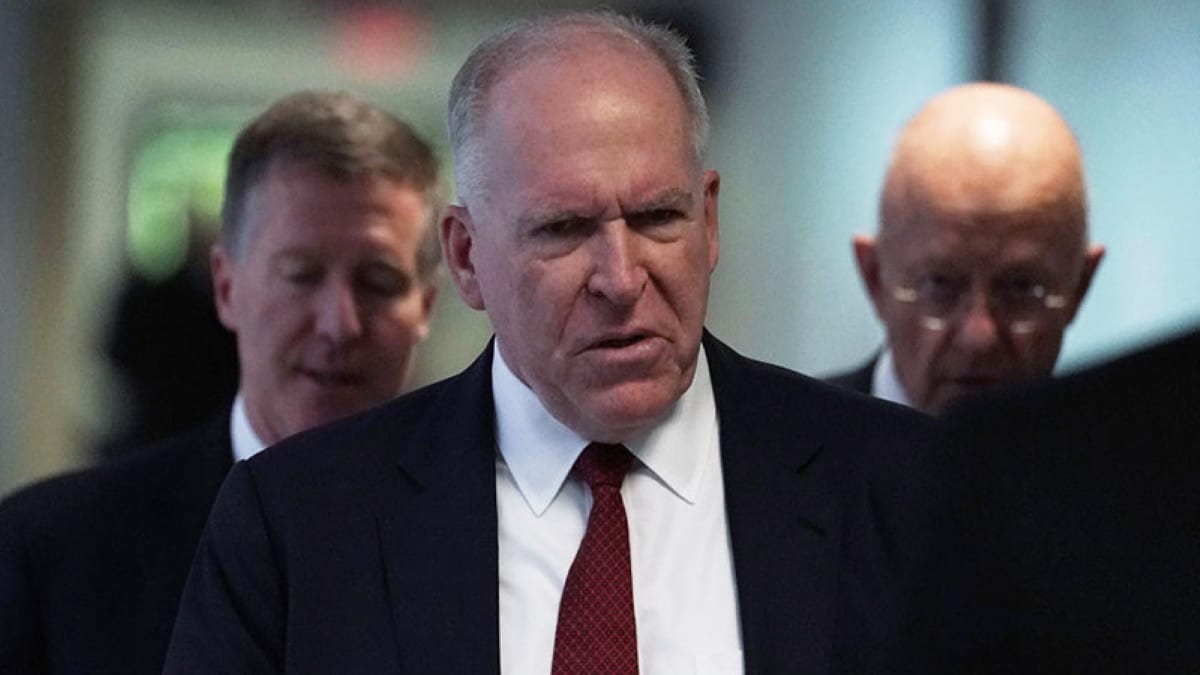 BOTH ARE LAIRS AND DOMESTIC ENEMIES OF AMERICA

They Are Enemy Combatants Hang’em

Attorney General William Barr is expanding his investigation into the origins of the Russia probe, led by US Attorney John Durham

CIA analysts involved in the intelligence assessment of Russia’s activities during the 2016 US election have begun to hire attorneys, as Attorney General William Barr expands his investigation into the origins of the Russia probe, led by US Attorney John Durham.

NBC learned of the ‘lawyering up’ from three former CIA officials “familiar with the matter,” while two more anonymous leakers claim there’s tension between the Justice Department and the CIA over what classified documents Durham has access to.

With Barr’s approval, Durham has expanded his staff and the timeframe under scrutiny, according to a law enforcement official directly familiar with the matter. And he is now looking into conduct past Donald Trump’s inauguration in January 2017, a Trump administration official said.

One Western intelligence official familiar with Durham’s investigation leaked that Durham has been asking foreign officials questions related to former Trump campaign aide George Papadopoulos, who was fed the rumor that Russia had ‘dirt’ on Hillary Clinton by a Maltese professor, Joseph Mifsud. While US media has sought to portray Mifsud as a Russian asset, the self-described member of the Clinton foundation has far stronger ties to the West.

Truth is not to be defended but to be spoken, shared, articulated and lived.

According to congressional testimony given by Papadopoulos last October as well as statements he’s made over Twitter, the whole thing was an FBI setup – as a ‘woman in London, who was the FBI’s legal attache in the UK’ and “had a personal relationship to Bob Mueller after 9/11” was the one who recommended that he meet with Mifsud in Rome

As the theory goes; Mifsud, a US intelligence asset, feeds Papadopoulos the rumor that Russia has Hillary Clinton’s emails shortly after he announces he’s going to join the Trump campaign. Papadopoulos repeats the email rumor to Australian diplomat Alexander Downer, who alerts Australia’s intelligence community, which notifies the FBI, which then launches operation “Crossfire Hurricane” during which the FBI sent multiple spies (including a ‘honeypot’) to infiltrate the Trump campaign. Notably, former FBI employee Peter Strzok flew to London to meet with Downer the day after Crossfire Hurricane was launched – while Strzok’s boss, Bill Priestap was in London the day before the Downer-Papadopoulos encounter.

And if this is all true, Durham has a lot to untangle – including the Clinton / DNC-funded Steele Dossier.