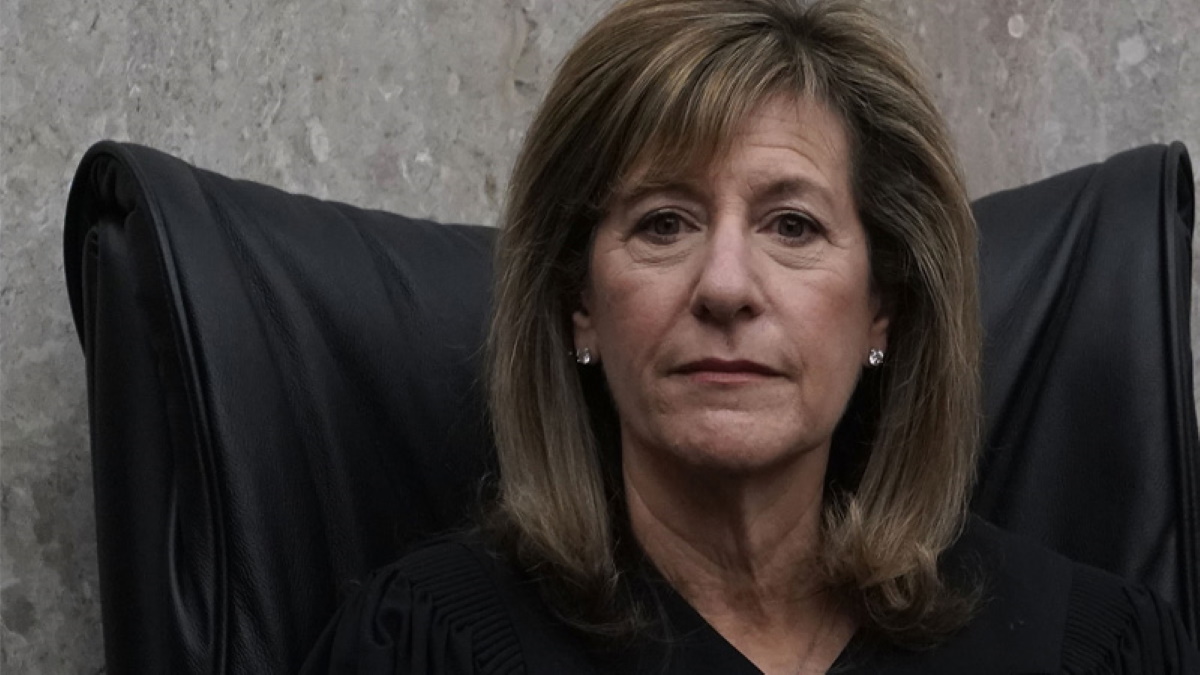 Stone’s lawyers filed a motion for a mistrial

Judge Amy Berman Jackson called a hearing on the motion 10 days ago in which she first reserved to herself the questioning of the controversial Juror.

Incredibly, Jackson said there was no reason for Hart to even know who Stone prior to his arrest, even though a simple Google News search shows over 10,421 articles published in 2018- mostly claiming incorrectly that Stone’s indictment by Special Counsel Robert for treason and defrauding the United States were imminent.

Many of these same “fake news” outlets would also insist Mueller would prove that Stone was the link between the Trump campaign and Julian Assange of Wikileaks.

In fact, Hart received news alerts from many of these very outlets on her Twitter feed. None of these charges against Stone were alleged by the Government.

Unfortunately for Jackson ,Hart admitted she knew who Stone was before his arrest but could not square her Twitter post on the day 29 FBI agents converged on Stone’s Florida home disparaging Stone with her claim under oath that she “had no recollection of who Stone was “during Jury selection.

Hart told Jackson that her Twitter account was connected to her Facebook account but under questioning by Stone’s attorney, Seth Ginsburg Hart admitted that she had posted many of her more virulent anti-Trump post directly from Twitter. When confronted with a 2017 tweet in which Hart wrote that all Trump supporters were racist, Judge Jackson again asserted incredibly that Hart had no way of knowing Stone was a Trump associate prior to the trial and so claimed that the tweet did not show bias against Stone.

Confronted with a tweet on the day Stone was arrested that retweeted a twitter post by CNN analyst and Trump-hater Bakari Sellers criticizing public reaction to the way Stone was arrested when 29 heavily armed FBI agents stormed his home at 6am, Hart said she didn’t remember it even though she used Stone’s name in her derogatory comment that accompanied the retweet. When confronted with a January 31st, 2019 retweet of an NPR story that detailed the charges against Stone (first reported by the Gateway Pundit) Judge Jackson insisted that there was no way of knowing if Hart had read the story she retweeted.

Only three hours before the guilty verdict in the Stone case was announced on November 15th 2019, Hart admitted she posted a tweet with the emoji for a fist bump, a fist symbolizing solidarity and two hearts preceding the link to a Facebook post that no longer exists. Jackson denied Stone’s lawyer’s motion for an evidentiary hearing or a subpoena to Facebook to recover the since deleted tweet. Hart said she could not remember what the link was about nor could she recall a Twitter posting in which she called Trump a #KlanPresident.

Before her leading questions to Hart ,Jackson questioned two other Jurors who predictably insisted Hart had had no undue influence on the jury deliberations.Stone’s attorney’s were not permitted to question either of these jurors.

Jackson insisted repeatedly that just because jurors had expressed their outspoken opposition to Trump and their belief that Trump had colluded with the Russians to win the 2016 election did not mean they could could not render a fair verdict in the Stone trial!

The indictment against Stone written by the notorious Andrew Weissman was so contrived and prejudicial that Jackson would not allow it to be shown to the jury for fear of it’s use in an appeal .Although the underlining premise of the indictment is the assertion that the Russians hacked the DNC and gave the stolen data to Wikileaks ,Jackson prohibited Stone’s legal team from calling witnesses such as former NSA official Bill Binney to debunk the claim.

Jackson also prohibited Stone’s lawyers from questioning the misconduct of the DOJ, the FBI, the Special Counsel’s office or members of Congress.This despite the fact that there was substantial evidence that Congressman Adam Schiff illegally leaked Stone’s classified testimony to Mueller  and violated House rules when he predicted Mueller would charge Stone with lying to Congress less than 24 hours after Stone’s voluntary testimony.”There will be no investigating of the investigators in my courtroom” Jackson said.

Much like the Queen of Hearts in Alice in Wonderland, Jackson insisted on sentencing Stone to 3 and a half years in prison prior to determining if the verdict had been tainted by juror misconduct causing Stone’s daughter Adria Stone to tell Fox News that Jackson had  “put the cart before the horse”. In an unhinged 45 minute rant at sentencing Jackson attacked President Trump, FOX news host Tucker Carlson and Infowars Alex Jones for exercising their  Constitutional right to publicly question her impartiality and accused Stone of ” covering up for Donald Trump” even though Stone was neither charged or convicted of any such thing. Jackson praised the discredited Mueller investigation and attacked Stone personally repeatedly. Jackson has continued a gag-order on Stone that prohibits him from defending himself, virtually unheard of post conviction.

Now Jackson has announced that US taxpayers will foot the bill for lawyers to represent the corrupt jurors. Few believe Jackson will grant Stone a new trial despite legal authorities as diverse as Judge Andrew Napolitano and liberal Jonathan Turley saying Stone is entitled to a new trial but will instead order the long time Trump associate to prison within weeks.

Over a half million Americans have now signed three petitions to the President urging him to pardon his long time friend but while the President has called the Stone verdict a “miscarriage of Justice which cannot stand,” he has declined to say what he will do.

Turbo Force is back! Boost your energy and focus with powerful, time-tested ingredients today!