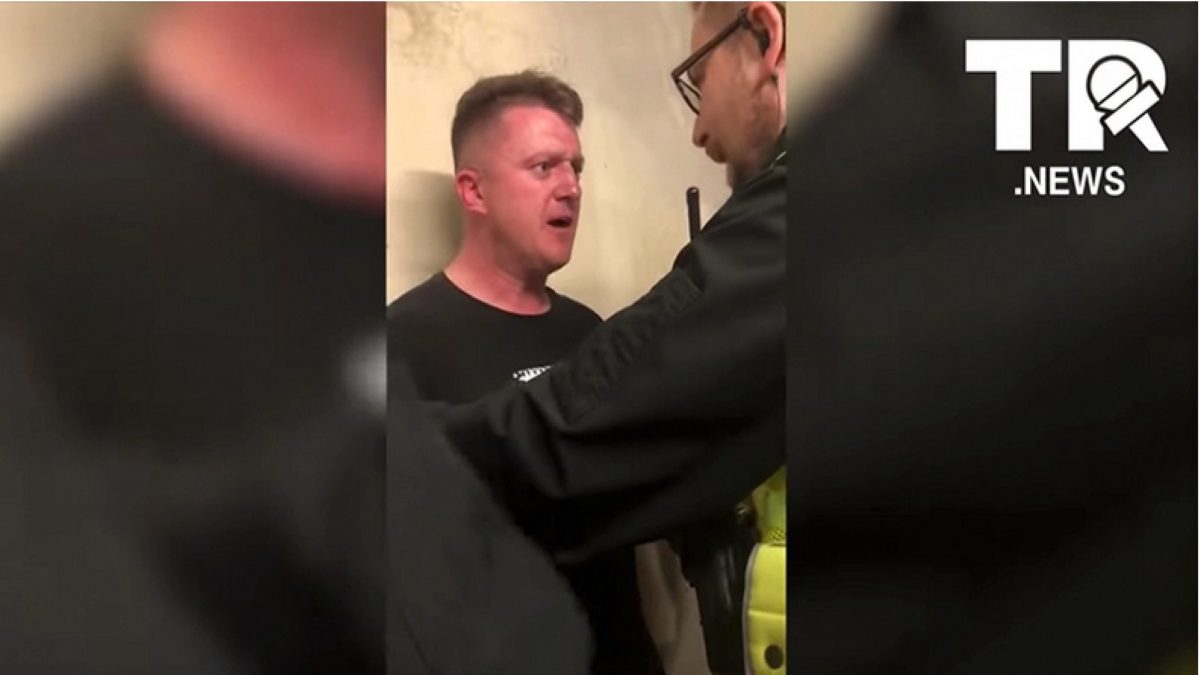 “So, you’re nicking me and you’re not nicking him?”

British patriot and political activist Tommy Robinson was arrested Monday for restraining a man who sexually assaulted his daughter at a public swimming pool and holding him until police arrived.

However, when police did arrive, they arrested Tommy and treated the assailant as if he was the victim.

Robinson recorded his daughter describing the assault and viewers can see the girl confirmed the man intentionally squeezed her buttocks and that it was not an accidental incident.

When Tommy confronted the man, he admitted to “accidentally” touching her bum and attempted to flee.

Robinson restrained him and the man received a bloody nose while struggling with Tommy and trying to escape.

“Now, I’m well within my rights as a father to prevent this man, who’s touching up young children in a swimming pool, from leaving, getting away and possibly touching up other children,” he explained.

After notifying security at the pool to call the police, it took three hours for them to arrive.

When they got on the scene, officers questioned Robinson’s daughter and wife while the suspect waited with his two male friends.

“He’s there with two other middle-aged men, no women, no kids, in a children’s swimming pool,” Tommy noted.

Next, police isolated Robinson and informed him he’d be arrested to “prevent any further injuries” to the man who just assaulted his daughter.

“Is he being arrested?” Tommy asked in response to the news.

“Right at this very moment, no,” an officer replied.

An infuriated Robinson asked, “So, you’re nicking me and you’re not nicking him?”

While police claimed they were “investigating” the allegation against the suspected child-molester, Tommy explained he could be deleting pedophilic images from his phone since he wasn’t arrested.

Officers then started to grab at Robinson’s arms to cuff him and he shouted, “Get your fucking hands off me.”

As the police placed handcuffs on him, Tommy called them “assholes” and said, “Someone sexually assaults a little girl and you fucking nick their dad?”

Speaking to the camera after being released from jail, Robinson asked what kind of message the police sent his daughter.

“She’s traumatized because the police arrested me,” he stated. “She done exactly the right thing. Coming and telling me that a man had sexually assaulted her.”

“I done exactly the right thing as a father. Restraining him and preventing him from leaving,” he continued.

Tommy has a court date set for April 2nd over the incident, while the man who assaulted his daughter has yet to be arrested.

Robinson is live on the air with Alex Jones now!

Watch the full 15-minute video by clicking here, as YouTube has blocked users from sharing the footage via embed.