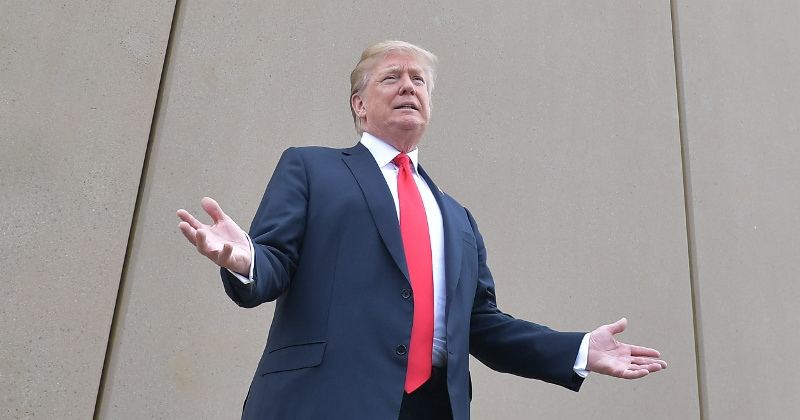 President Donald Trump visited the San Diego border on Wednesday to show off a newly constructed portion of the wall after a fundraising trip in California.

The president traveled via motorcade after a fundraiser to Otay Mesa, a community outside San Diego on the United States -Mexico border to review the latest constructed physical barrier.

He pointed out the new wall structure to the press, which was 24 miles of primary and secondary wall at the border.

Rising violence in Mexico spilling over American borders further proves the need for the 2nd Amendment.