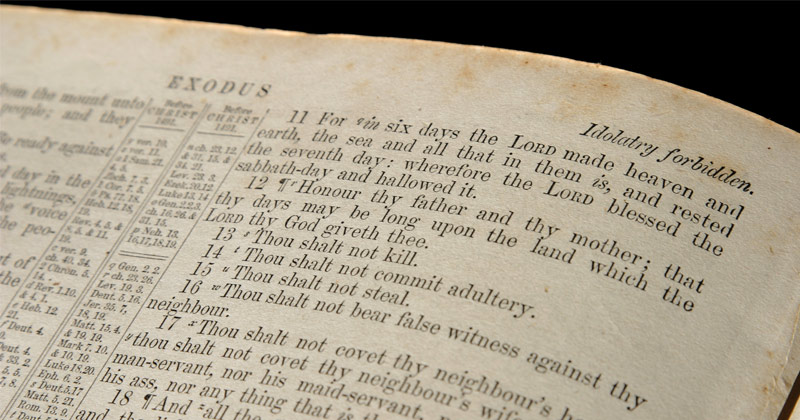 China is forcing Christian churches to replace the Ten Commandments with quotes from Chinese President Xi Jinping by threatening to ban congregations from work and travel.

The Chinese Communist Party is trying to “sinicize” Christianity in China which is officially atheist, according to a journalist who covers religious liberty in the country.

“Implementing its ultimate goal of becoming the sole deity revered in China, the CCP continues to smother the Christian doctrine, replacing it with the party line,” he wrote. “The Ten Commandments are the basis of Christian moral code, an essential part of believers’ life throughout the world.”

“But in atheist China, they have become an eyesore for the country’s dictator, and are eliminated from places of worship.”

In particular, the Ten Commandments have been removed from every Three-Self protestant church near Luoyang, and some of the churches were even shut down for refusing to do so.

The enforcement is aided by China’s social credit score, which scores citizens by their government compliance – and citizens with poor scores are unable to work and travel.

“Some congregations have been threatened to be blacklisted by the government, meaning that their travels will be restricted and schooling and future employment of their offspring will be impeded if they refused to overhaul their churches according to the current national policies,” the journalist reported. “Disobeying the orders means opposition to the Communist Party, officials claimed.”

One of the Xi Jinping quotes is from 2015 when the party leader said China’s “religious thought, doctrines, and teachings” need to conform “with the needs of the progress of the times.”