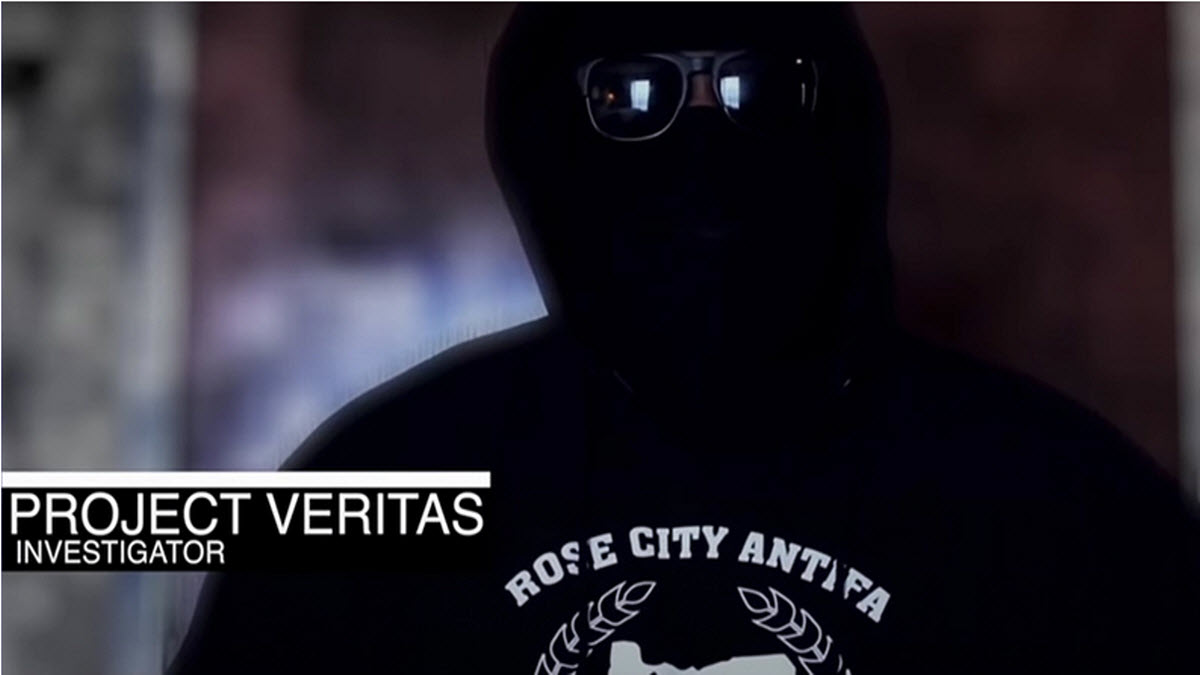 The group’s clandestine insider says he’s about halfway through the process of becoming an actual member of Rose City Antifa.

“So, currently I am a prospect for Rose City Antifa and I am about halfway through the prospecting process to become a full-fledged member of Antifa. They reached out to me through proton mail and we went back and forth and there was an interview set to meet up in Portland.”

“So, to verify that I was me, they had me wear a white shirt and have a water bottle and show up at a Starbucks where a person was going to I.D. me and approach me and asked who I was,” the undercover journalist explained.. “And I told them and I followed them to the destination where the interview was gonna be held.”

Continuing, the anonymous individual said, “There, we went to a place called Imperial. They were getting this tradecraft from someone else, someone with much more experience, someone who did this for a living. Caroline, which is the founder of RCA, moved to Sweden with her husband, who is a dual citizen. So, there’s a back and forth with the European connection.”

During meetings, members are forced to leave their phones in the bathroom of a neighboring building so nobody can record conversations.

One member said the group’s goal “is to get out there and do dangerous things as safely as possible,” and another member told recruits to “Practice things like an eye gouge, it takes very little pressure to injure someone’s eyes.”

The undercover journalist noted the group is extremely businesslike, saying, “With RCA it seems much more structured, almost like a company or like a business. So, I feel like there is some type of outside funding, influence, or resources being used.”

The Project Veritas insider has “retired” from the group after obtaining enough content to show Antifa’s true intentions.

Alex Jones exposes those responsible for amping up the violence in the streets of America resulting in the deaths of black cops.