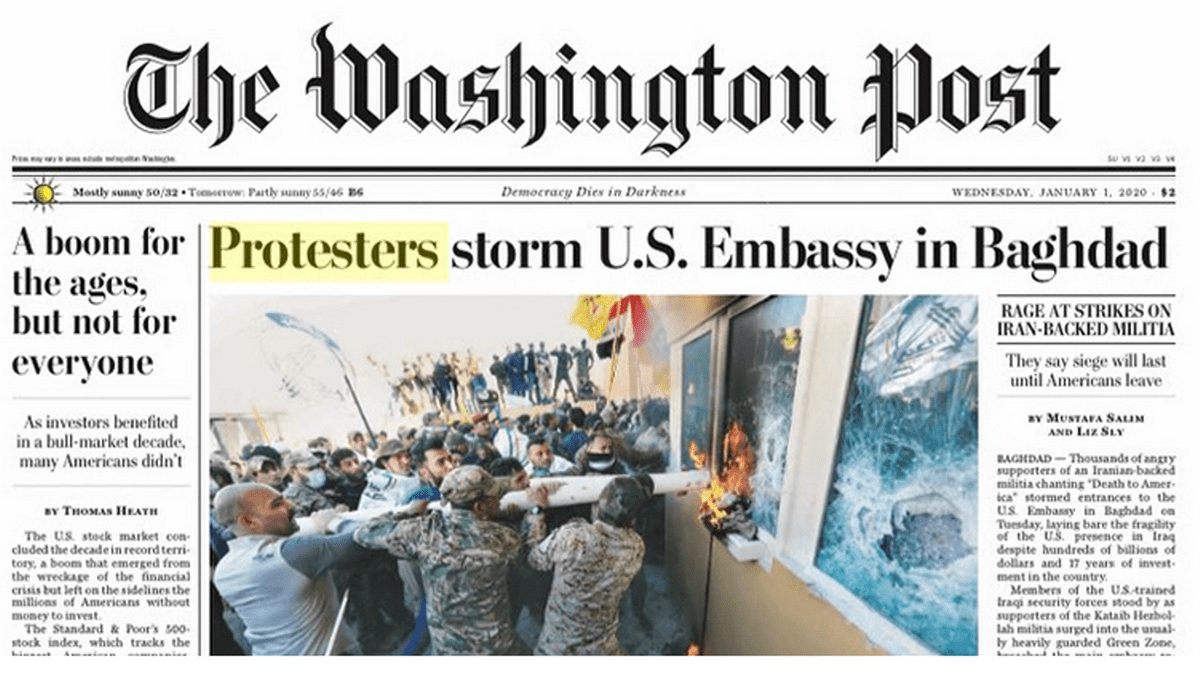 The leftist media in the US started off 2020 with a cacophony of fake news Wednesday by labeling Hezbollah terrorists who attempted to storm the US embassy in Baghdad as ‘protesters’.

The pictures from the mob attack clearly show that it was led by members of Tehran’s militia units in Iraq which have been absorbed into the Iraqi security forces.

The assault on the embassy was a response to US airstrikes targeting Iran-backed militants in Iraq and Syria who killed a U.S. military contractor last week.

The violent Islamist terrorists chanted “No, no to America, no, no to Israel,” while storming the building and setting it on fire.

This is all clear as day, yet take a look at The Washington Post’s front page Wednesday:

Others noticed the mis-spelling of ‘terrorists’ or ‘militiamen’:

Some noted how the Post was almost as dishonest as CNN, which had earlier called the mob ‘Iraqi mourners’:

The New York Times also got in on the ‘mourners’ debacle:

In reality, protests have been going on for months against Iran’s influence in Iraq. The real Iraqi protesters are against the very people who attacked the embassy. The pro-Iranian militia have even been killing those protesters.

However, the NY Times is lumping them all in the same basket.

The media also claimed that President Trump was golfing instead of paying attention to the potentially deadly situation at the embassy.

Why is the media covering for a group of America-hating terrorists?