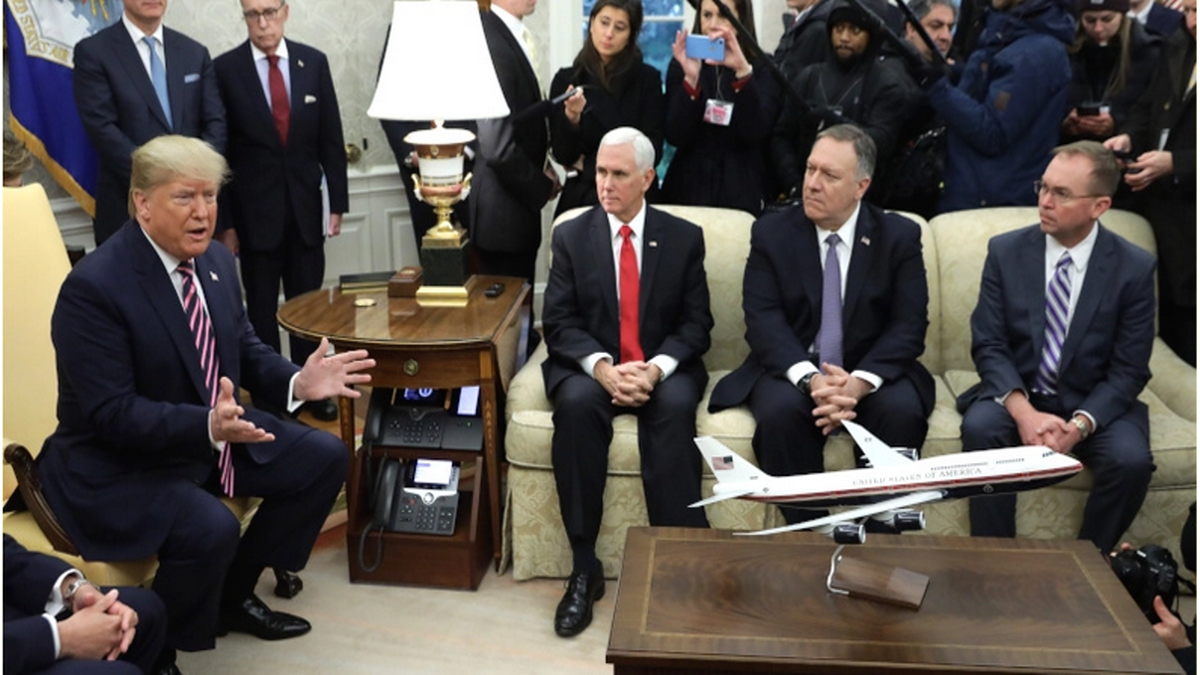 The White House National Security Council is sharply downsizing ‘in a bid to improve efficiency’ by consolidating positions and cutting staff, according to the Washington Times  – which adds that a secondary, unspoken objective (i.e. the entire reason) for the cuts is to address nonstop leaks that have plagued the Trump administration for nearly three years.

“Leaks of President Trump’s conversations with foreign leaders and other damaging disclosures likely originated with anti-Trump officials in the White House who stayed over from the Obama administration, according to several current and former White House officials.” – Washington Times

The reform is being led by National Security Adviser Robert C. O’Brien, who told the Times that 40-45 NSC staff officials had been sent back to their home-agencies, and more are likely to be moved out.

Alex Jones breaks down the Chinese-style AI spy grid being implemented in America to sabotage civilization.

“We remain on track to meeting the right-sizing goal Ambassador O’Brien outlined in October, and in fact may exceed that target by drawing down even more positions,” said NSC spokesman John Ullyot.

Under Obama, the NSC ballooned to as many as 450 people – and officials wielded ‘enormous power’ according to the report, directly telephoning commanders in Afghanistan and other locations in the Middle East to give them direct orders in violation of the military’s strict chain of command.

Meanwhile, the so-called second-hand ‘whistleblower’ at the heart of President Trump’s impeachment was widely reported to be a NSC staffer on detail from the CIA, Eric Ciaramella, who took umbrage with Trump asking Ukrainian President Volodomyr Zelensky to investigate former VP Joe Biden – who Ciaramella worked with.

After O’Brien is done, less than 120 policy officials will remain after the next several months.

The downsizing will be carried out by consolidating positions and returning officials to agencies and departments such as the CIA, the State and Defense departments and the military.

Mr. O’Brien noted that the NSC had a policymaking staff of 12 in 1962 when President Kennedy faced down the Soviet Union during the Cuban missile crisis. During the 2000s and the George W. Bush administration, the number of NSC staff members increased sharply to support the three-front conflict in Iraq, Afghanistan and the war on terrorism.

However, it was during the Obama administration that the NSC was transformed into a major policymaking agency seeking to duplicate the functions of the State and Defense departments within the White House. – Washington Times

“The NSC staff became bloated during the prior administration,” said O’Brien. “The NSC is a coordinating body. I am trying to get us back to a lean and efficient staff that can get the job done, can coordinate with our interagency partners, and make sure the president receives the best advice he needs to make the decisions necessary to keep the American people safe.”

“I just don’t think that we need the numbers of people that it expanded to under the last administration to do this job right,” he added.

After Mr. Trump’s election in November 2016 and continuing through the spring of 2017, a series of unauthorized disclosures to news outlets appeared to come from within the White House. Several of the leaks involved publication of sensitive transcripts of the president’s conversations with foreign leaders.

Rep. Devin Nunes, California Republican and former chairman of the House Permanent Select Committee on Intelligence, said this year that he sent the Justice Department eight criminal referrals related to the leaks, including those related to Mr. Trump’s conversations with the leaders of Mexico and Australia.

Former White House strategist Steve Bannon said efforts to weed out the Obama holdovers was a priority early in the administration.

“The NSC had gotten so big there were over 450 billets,” said Mr. Bannon, adding that he and others tried to remove the Obama detailees from the White House.

“We wanted them out,” he said. “And I think we would have avoided a lot of the problems we got today if they had been sent back to their agencies.” – Washington Times

In addition to Ciaramella, Lt. Col. Alexander Vimdman (likely Ciaramella’s source) testified against President Trump during the House Impeachment investigations – telling the Democratic-led House Intelligence Committee that he was “concerned” by what he heard on Trump’s call with Zelensky.