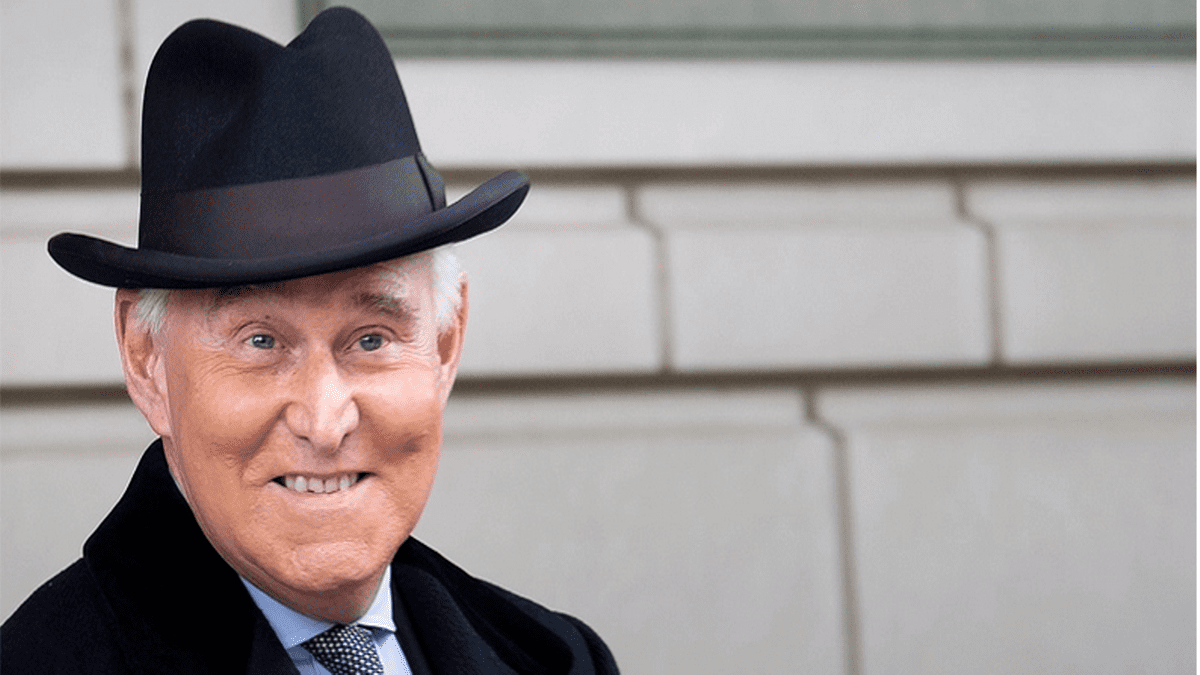 The FBI has released affidavits revealing that while Stone communicated with WikiLeaks founder Julian Assange after Trump was elected in 2016, there is no evidence he colluded with Assange or Russia to release Hillary Clinton manager John Podesta’s emails ahead of the election.

The FBI’s search warrant applications, showing wide-ranging surveillance against Stone, were released after a court case was brought by The Associated Press and other media organizations.

They show Stone’s tactics and actions leading up to Trump’s election victory and leading up to the Mueller investigation in May 2017, including communications between WikiLeaks and Stone as the Podesta emails were in the process of being leaked in October 2016.

“Stone told Infowars that his intermediary described this release as the ‘mother load,’” the affidavit states.

But the Democrats and media were already hard at work demonizing WikiLeaks as Russian operatives in the weeks leading up the election, which Stone said he was defending Assange against.

“Since I was all over national TV, cable and print defending WikiLeaks and assange against the claim that you are Russian agents and debunking the false charges of sexual assault as trumped up bs you may want to rexamine the strategy of attacking me- cordially R,” the affidavit says Stone told Assange.

The documents also showed Stone and Assange discussing possible Deep State retaliation for the WikiLeaks release as Mueller was about to be appointed as special counsel in 2017.

Stone told Assange that “as a journalist it doesn’t matter where you get information only that it is accurate and authentic,” citing the 1971 ruling by the Supreme Court over newspapers’ publishing of the Pentagon Papers, classified government documents about the Vietnam War.

“If the US government moves on you I will bring down the entire house of cards,” Stone told Assange, according to the affidavit. “With the trumped-up sexual assault charges dropped I don’t know of any crime you need to be pardoned for — best regards. R.”

After Mueller was appointed, Stone told Assange that the narrative he was a Russian agent was an outrage.

“I am doing everything possible to address the issues at the highest level of government,” Stone wrote to Assange, referring to Mueller’s investigation. “Fed treatment of you and WikiLeaks is an outrage. Must be circumspect in this forum as experience demonstrates it is monitored.”

Stone was sentenced to 40 months in prison in February for lying to Congress and threatening a witness, and was ordered to report to prison by April 30.

Stone issued a statement on Tuesday following the FBI release, noting it completely exonerates him of the “Russian collusion” crimes Democrats and the media had been alleging of him for over three years:

I have no trepidation about their release as they confirm there was no illegal activity and certainly no Russian collusion by me during the 2016 Election. There is, to this day, no evidence that I had or knew about the source or content of the Wikileaks disclosures prior to their public release.

The search warrants ordered released today by U.S. District Judge Christopher Cooper proves the baseless over-reach of the Mueller witch hunt and exonerate me from the crazed left-wing media charges of Russian collusion, Wikileaks collaboration and the receipt and dissemination of stolen e-mails, false narratives that ruined my life for the last 3 years.

Nearly every day, I would turn on the news and open the papers and read that I had committed treason against our great country, that I would be charged with espionage, trafficking in stolen e-mails and other cyber-crimes. Ultimately, despite the colonoscopy into my life, the Muller investigation could not find what the media wanted and insisted was there or that I did anything wrong in the 2016 election of my friend, President Donald Trump. Although I was not part of his formal campaign, I worked hard-and legally-to help elect the President.

The government admitted in discovery in my trial that they relied on a redacted draft memo from Crowdstike – hardly an unbiased or credible source and the Government admitted the FBI never inspected the DNC servers. Screenshots of a computer server are like photos of a murder weapon-they cannot be examined. The sur-reply filed by former Assistant US Attorney Jonathan Kravis claiming the Mueller investigators had additional proof that the Russians hacked the DNC, included none of the alleged proof and was a fraud upon the Court. I was barred by Judge Jackson from proving this at trial through the production of forensic evidence and the testimony of experts such as former NSA Russia specialist and Technical Director, Bill Binney.

The much-publicized raid and exhaustive 13- hour search of my home and office yielded no evidence used against me at trial,” Stone concluded. “When no evidence of Russian collusion, collaboration with Wikileaks, receipt or dissemination of stolen e-mails- including the stolen e-mails of John Podesta – was found, I was charged with lying to Congress even though there was no underlying crime to lie about and the Trump campaign’s interest in the already announced Wikileaks disclosures was a matter of public record. Testifying voluntary I had no intent or motive to lie as the matters I am charged with lying about were already in the public domain.

Read the FBI’s release in full below:

Tyler Nixon joins Owen to discuss the most recent legal developments to happen to Roger Stone and what President Trump can do to correct this injustice of the law.