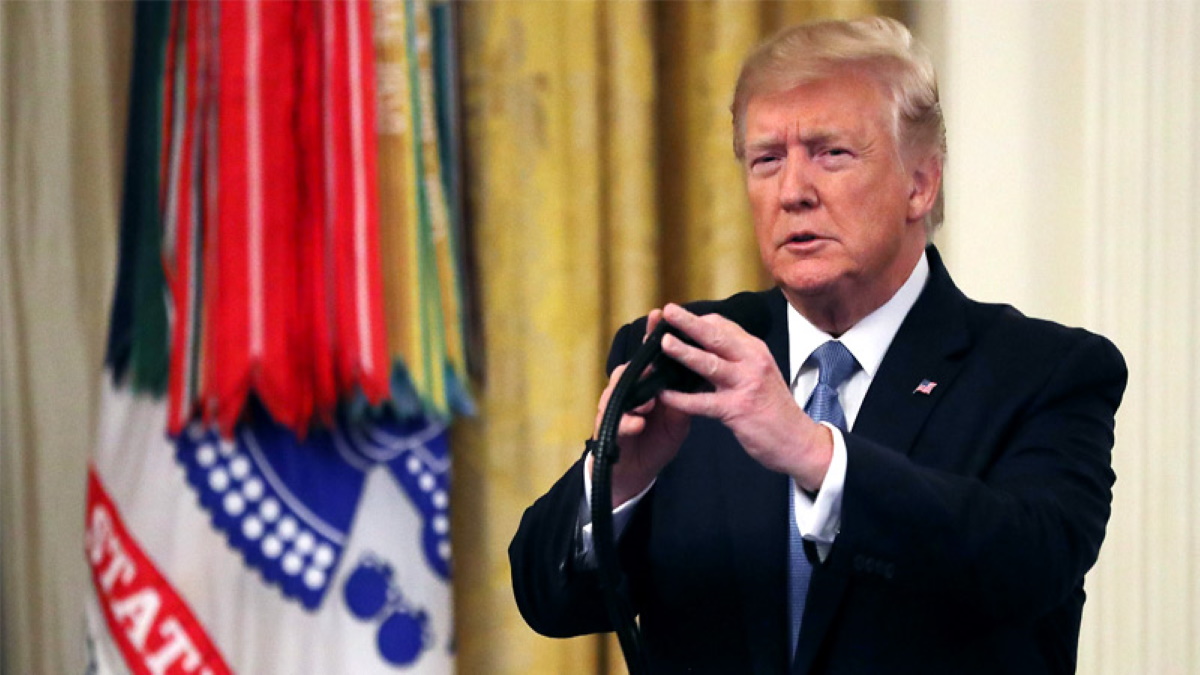 The president is finally realizing the danger he’s in. Stop being overconfident, Mr. President!

President Trump will give ‘fireside chats’ directly to the American people, which is something radio host Alex Jones recommended that he do early in his presidency.

This is a good start, but Trump needs to do emergency, weekly addresses immediately because there’s a multinational attempt to overthrow the country, not just the president, so America can be absorbed under a globalist system of control much like the European nations that have been absorbed into the EU, losing much of their national sovereignty in the process.

In an interview with the Washington Examiner, the president said he wants to read the transcript of his July call with Ukrainian President Volodymyr Zelensky live on air as part of a “fireside chat,” a term coined during the FDR administration when Roosevelt gave evening radio addresses direct to the American people.

“This is over a phone call that is a good call,” Trump told the Washington Examiner. “At some point, I’m going to sit down, perhaps as a fireside chat on live television, and I will read the transcript of the call, because people have to hear it. When you read it, it’s a straight call.”

President Trump has a chance of saving himself if he would quit being so overconfident and have a realistic view of the danger he’s in.

In short, he needs to focus more on what’s going on NOW and not the 2020 election in the future because, simply put, his enemies are trying to force him out of office before then.

For one thing, Democrats are realizing that they don’t have strong enough candidates that can defeat him in a fair election – or even a rigged one.

The impeachment proceeding isn’t just a political stunt, it’s an act of desperation by corrupt politicians trying to undo the damage an outsider president has done to their system.

But if they’re successful, it will forever scathe the the way of life for middle America. Just look at the severe financial strain Obamacare did to American families, for example.

On another note, expect to see Hillary Clinton actually enter the 2020 race if Congress is successful in removing President Trump.