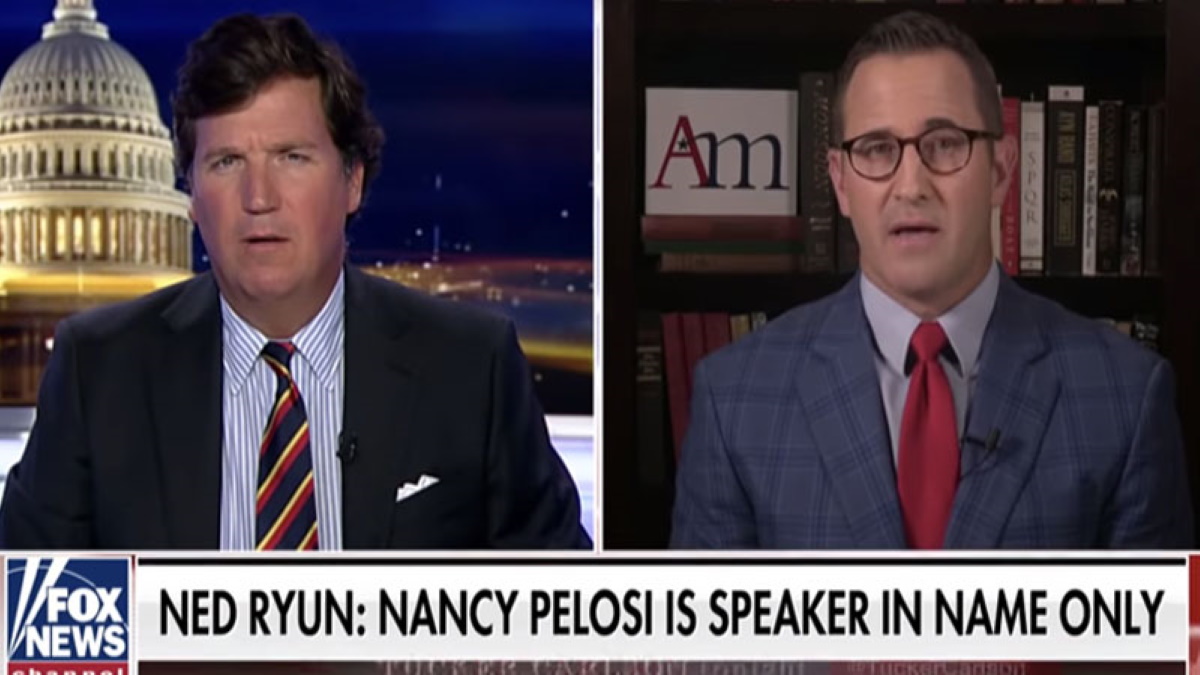 A guest on Tucker Carlson Tonight said that the “administrative state” inside Washington D.C. is determined to remove President Trump because it feels it knows better than the American people how to govern the country.

Ned Ryun, CEO of conservative organization American Majority, joined Tucker’s program Friday to warn that the Deep State bureaucracy views democracy as an inconvenience, which is why they have no reservations trying to unseat a duly-elected president.

“This is the problem: we’re in about a hundred-year experiment where we have dropped an administrative state into a constitutional republic,” Ryun said.

“And the problem is, those inside the administrative state – these powerful bureaucrats given immense powers – now seem to think they’re the ones making the decisions.”

“And this whole idea of a constitutional republic where the power flows from the people to their duly-elected representatives is terribly inconvenient and kind of an archaic idea,” he added, referring to the Deep State’s thinking.

Ryun went on to criticize Eric Ciamarella, the alleged so-called “whistleblower” for his role in sparking the Democrats’ impeachment coup as well as his role in former Director John Brennan’s CIA.

“Not only was he not a whistleblower, but a partisan political operative,” Ryun said. “He didn’t just show up at the White House, he was detailed from the CIA. He was not picked by random. I would argue that he was there to represent Brennan’s interest, the CIA interest, and if you take it to its full extent Tucker, I think this person was more of a confidential asset of John Brennan’s inside the White House.”

Ryun’s remarks come as the Democrats announced that the “whistleblower” would likely not testify in Congress because they don’t want Republicans to cross-examine him.