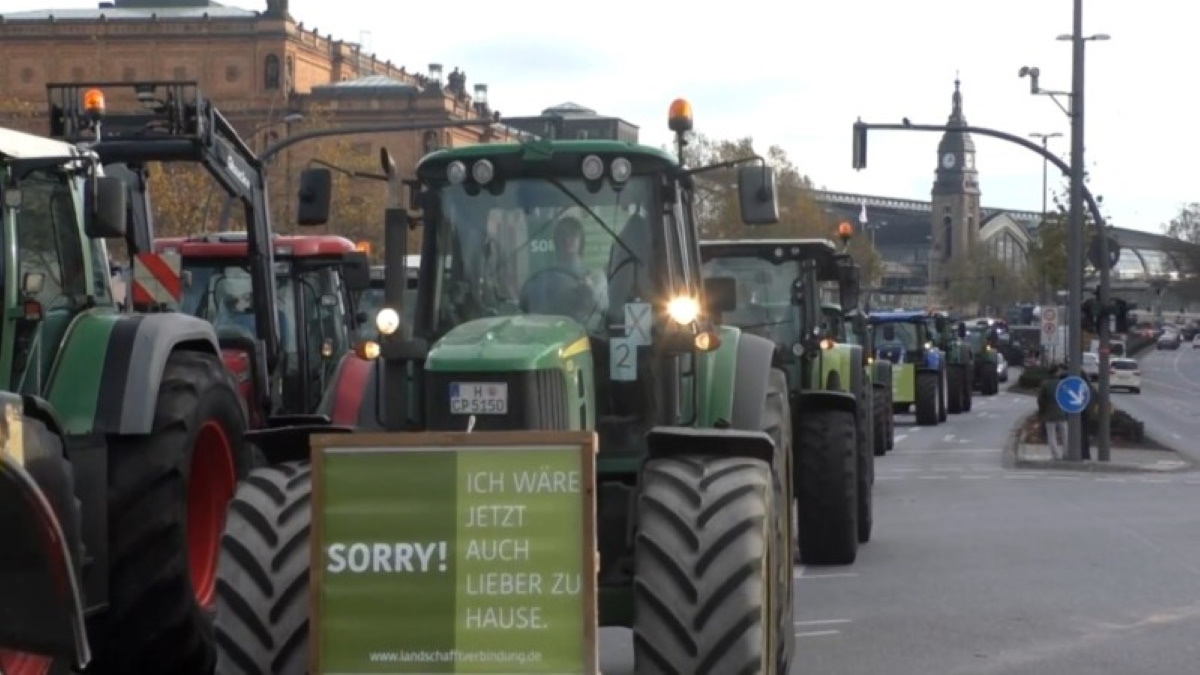 Protesters fury at new measures they say threaten their livelihoods.

German farmers are blocking roads in Hamburg with their tractors to protest against environment regulations as the rural revolt against globalism spreads across Europe.

4,000 tractors arrived in Hamburg yesterday in a massive rebuke to what protesters assert is government bullying amidst efforts to impose Green New Deal-style control measures.

Regional environment ministers were meeting to discuss plans to ban certain weed killers and fertilizers, something that farmers insist will kill their livelihoods.

Placards displayed on the tractors included one that read, “No farm, no food, no future,” with farmers expressing their fury at being blamed while their contribution to the economy is ignored and ministers refuse to engage in dialogue with them.

“The rules, which are coming from the German government, are so hard for us that we can’t work on our farms,” Klaus-Peter Lucht, Vice President of the regional Farmers Association, told RT. “We can’t make good crops. We can’t have good fodder for the dairy [cows].”

The kilometer long convoys of tractors caused “considerable traffic disruption” across the city, according to authorities.

Hamburg is just the latest site of a rural revolt against globalism that is sweeping Europe.

Last month, thousands of Dutch farmers descended on the Netherlands capital to protest against a government proposal that livestock production be slashed by up to 50% in the name of preventing global warming.

Demonstrators were angry that the same restrictions they may be hit with will not apply to the aviation industry.

The Yellow Vest movement in France, which is set to mark its first anniversary this weekend, also began as a backlash against onerous gas tax hikes and other regulations impacting rural workers.