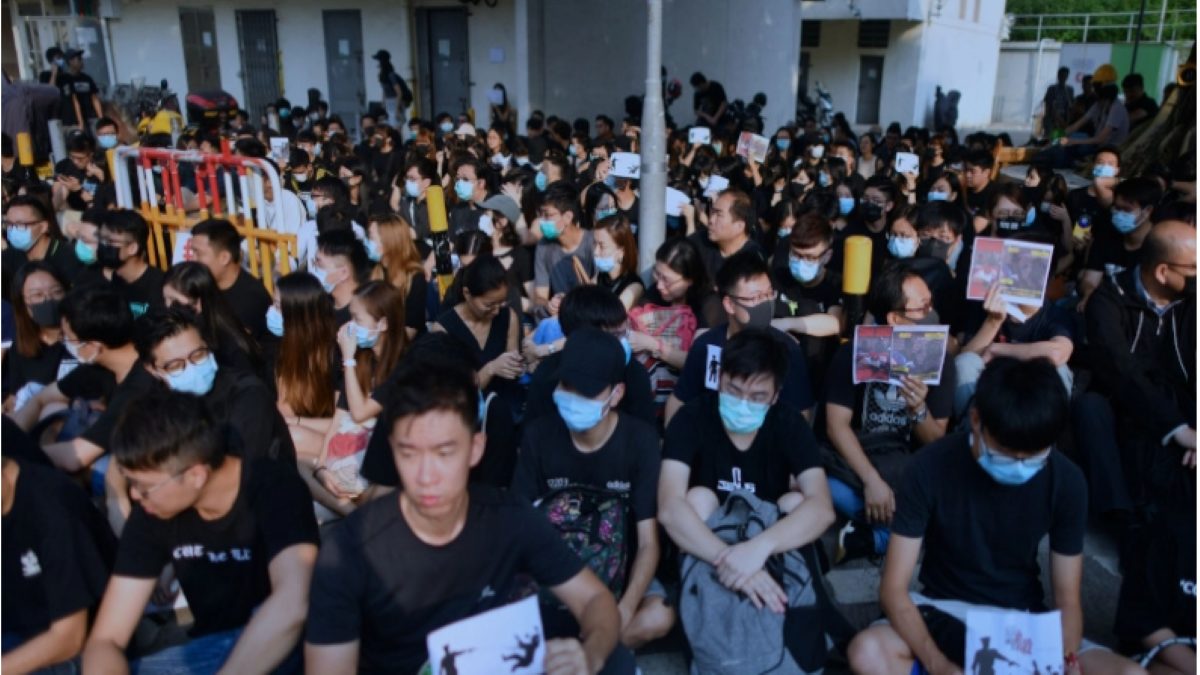 Hundreds of demonstrators have staged a sit-in at the school of the 18-year-old student who was shot in the chest by Hong Kong police on Tuesday. There were fresh calls for further protests on Wednesday.

Hong Kong demonstrators staged a sit-in at the school of an 18-year-old who was shot by police during a protest.

It followed some of the most intense clashes in four months, and coincided with China’s national day.

Students chanted “no rioters, only tyranny,” in addition to slogans and protest songs. They also held pictures of the incident, taken from videos posted on social media which went viral.

A shocking video shows a riot cop in Hong Kong shooting a protester in the chest with a live round at point blank range.

The shooting of the man in the chest at close range in the Tsuen Wan district of the city marked the first time that a demonstrator had been struck with live rounds throughout the nearly four months of protests.

Hong Kong police have since defended the decision, saying that the officer in question’s choice to use live rounds was “reasonable and lawful” as the policeman had feared for his life. “In this very short span of time, he made a decision and shot the assailant,” police chief Stephen Lo said.

Police Senior Superintendent Yolanda Yu said it was “really very heartbreaking” that the protester was hurt.

The man who was shot is now said to be in a stable condition.

In response to the shooting, pro-democracy activist Joshua Wong criticized Lo, calling his support of the officer “enraging” in a tweet.

Skirmishes between protesters and police reportedly continued throughout the night to Wednesday.

It followed a day of heightened violence in the former British territory on Tuesday as protests were planned to coincide with China’s 70-year anniversary on October 1.

In addition to the the man who was shot, more than 100 were injured, health authorities said, including one other critically injured person. Police officers arrested over 180 people.

China’s leader Xi Jinping promised in a speech on Monday to stick to a commitment to allow the territory’s leaders to manage its own affairs.

Many stores and business had closed on Tuesday but this did not stop some being targeted with graffiti and vandalized.

Alex Jones and Paul Joseph Watson break down the latest developments in Asia and the Deep State’s accelerated move to impeach President Trump.

By the way, we’re currently running our biggest sale since Christmas! Get 50% off products with double Patriot Points and free shipping during our Black Friday Comes Early Sale!

What Happens In Vegas Stays In Vegas