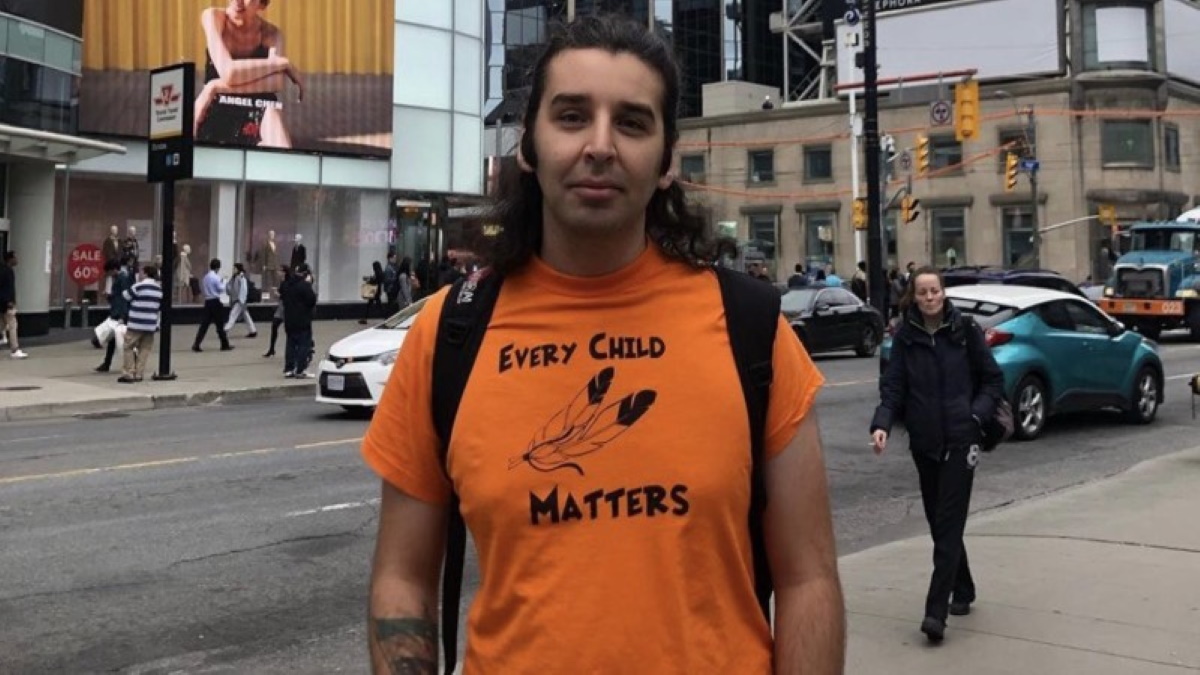 One of the masked Antifa radicals who harassed an elderly lady with a rolling walker during a protest in Hamilton, Ontario is Syrian migrant Alaa Soufi DaLua.

As we previously highlighted, the old woman was confronted as she tried to cross the road by a group of Antifa members who proceeded to yell “Nazi scum!” in her face.

The incident occurred during a demonstration outside Mohawk College against right-wing politician Maxime Bernier.

One of the culprits has now been identified.

“Intelligence group @EXEINTEL reports that one of the masked antifa militants who harassed the elderly woman with the walker is Alaa Soufi DaLua. I can confirm that I independently verified this as well. DeLua is a Syrian man who settled in Canada,” tweeted journalist Andy Ngo.

DaLua was able to be identified because he was pictured in a separate photo wearing the same distinctive orange t-shirt.

The idiot should have kept his mask on.

Meanwhile, the elderly lady he harassed has appeared in a video in which she asserts, “free speech is the cornerstone of our democracy and it can never and will never be denied.”