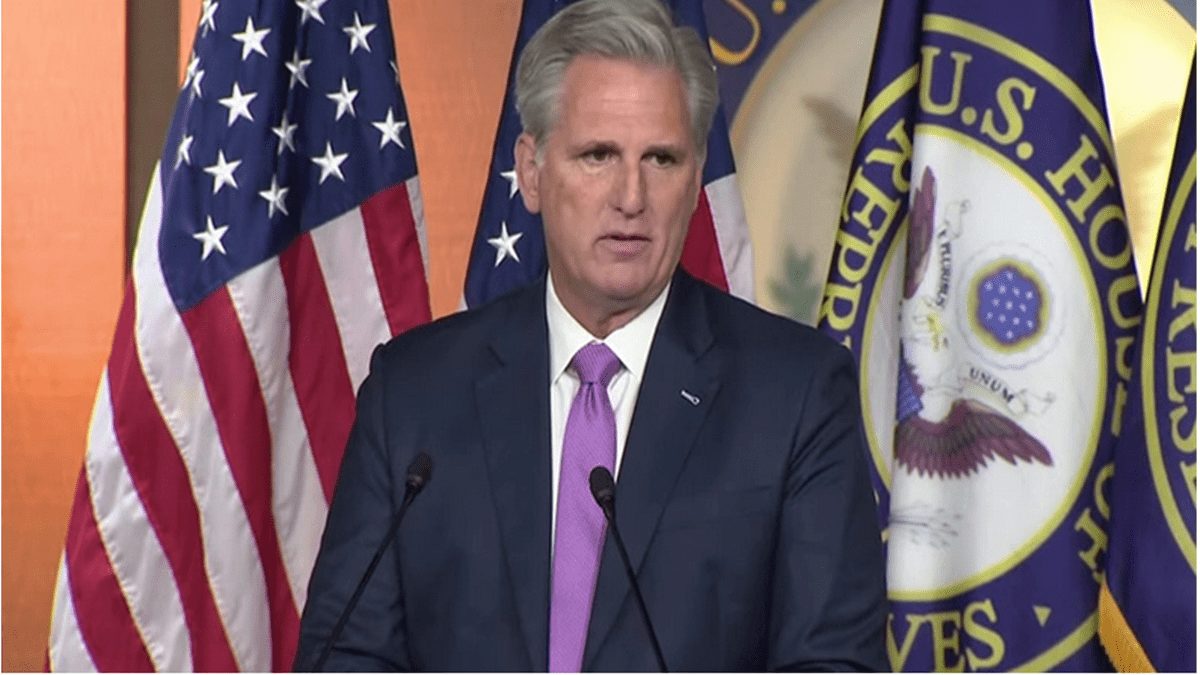 Following House Speaker Nancy Pelosi’s call for House Democrats to draft articles of impeachment against President Trump, House Minority Leader Kevin McCarthy held a press conference where he explained how the Democrats have been hell-bent on impeachment since day one of Trump’s presidency.

Beginning his speech by quoting Founding Father Alexander Hamilton, McCarthy said, “There will always be the greatest danger that the decision to use the impeachment power would be driven by partisan animosity instead of real demonstrations of innocence or guilt.”

“Today is the day that Hamilton warned us,” he continued.

The House Minority Leader explained that Pelosi’s decision “has weakened this nation,” before exposing the Democrats’ “pre-written timeline” of impeachment that has existed since the day they were sworn into office.

Both Jerry Nadler (D-NY) and Rashida Tlaib (D-MI) were vocal supporters of impeachment immediately after being elected, and Rep. Al Green (D.-TX) admitted, “if we (Democrats) do not impeach the president he will get re-elected.”

“In March,” McCarthy stated, “the Speaker of the House said impeachment was so destructive to the nation that it had to be ‘overwhelming, compelling and bipartisan.’ That was the criteria she laid out for the nation and for her conference, it’s just not the criteria she held herself to.”

“This is the Day Alexander Hamilton feared and warned would come,” McCarthy warned.

When asked if he buys Pelosi’s claim that there is no personal animus motivating the impeachment drive, McCarthy said, “I think I have a hard time believing her.”

McCarthy also pointed out that Congresswoman Rashida Tlaib said to “impeach the mother f**ker” on her first day in Congress, and that Congressman Adam Schiff has repeatedly lied to the American public in an attempt to push toward impeachment.

Next, McCarthy pointed out the fact that Democrats selected liberal professors who are Democratic Party donors to testify against President Trump while Republicans selected liberal lawyer and Constitutional scholar Jonathan Turley, who did not vote for the president.

“History will look back on today and it will be a sad day,” he predicted, concluding the speech. “We hope that at any time, whoever has this power in this country, that they never repeat what Alexander warned us would come and that this day will never happen again in America.