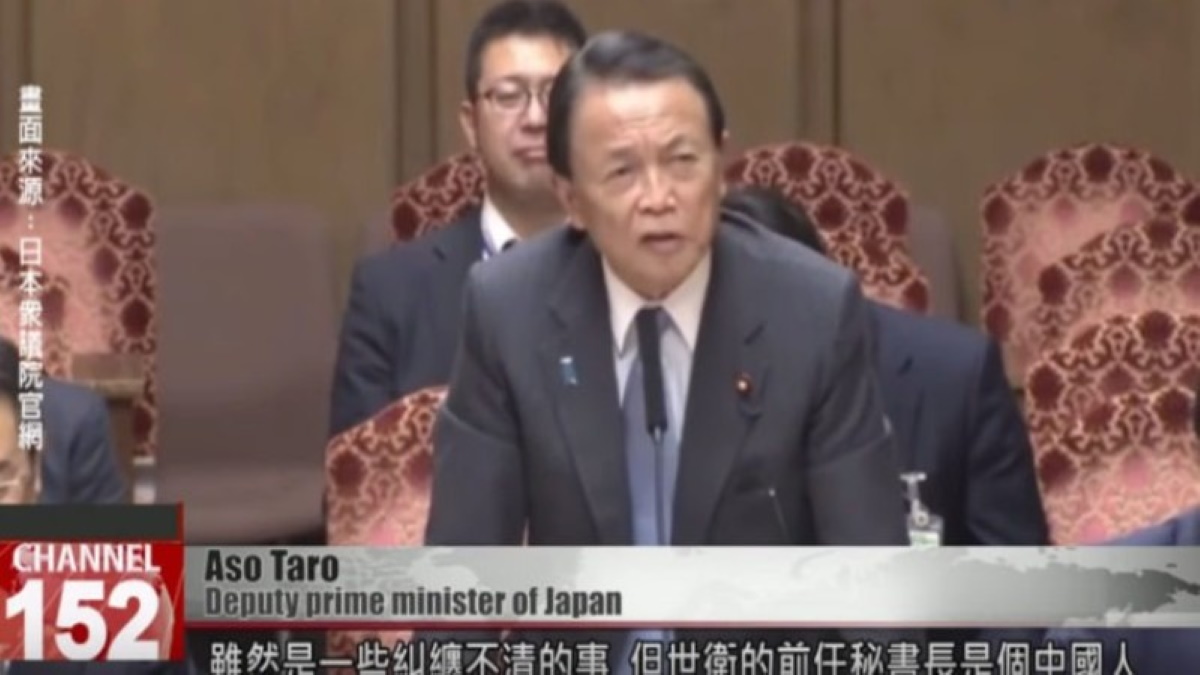 For its role in helping Beijing cover up coronavirus.

The deputy prime minister of Japan says that the WHO should be renamed the ‘Chinese Health Organization’ for its role in helping Beijing cover-up the severity of the coronavirus outbreak.

Referring to a petition which now has almost 700,000 signatures calling on WHO Director-General Tedros Adhanom to resign, Taro Aso tore into the organization for conspiring with China and failing to stop a global pandemic that could have been prevented.

“Early on, if the WHO had not insisted to the world that China had no pneumonia epidemic, then everybody would have taken precautions,” he added, noting that Taiwan had to face coronavirus on its own because it was excluded from the WHO.

Indeed, as we have highlighted, the World Health Organization repeatedly amplified Chinese propaganda that the coronavirus outbreak was under control, including a January 14th tweet which falsely claimed there was no human to human transmission of the disease, despite this having occurred in December.

Throughout January, the WHO praised China for its open and “speedy” response to COVID-19, even as Beijing authorities were silencing and disappearing doctors like Ai Fen who tried to warn the world that China was engaged in a cover-up.

The global health body also repeatedly told countries not to enforce border controls that could have stopped the spread of the virus, instead placing more importance on avoiding the “stigmatization” of Chinese people.