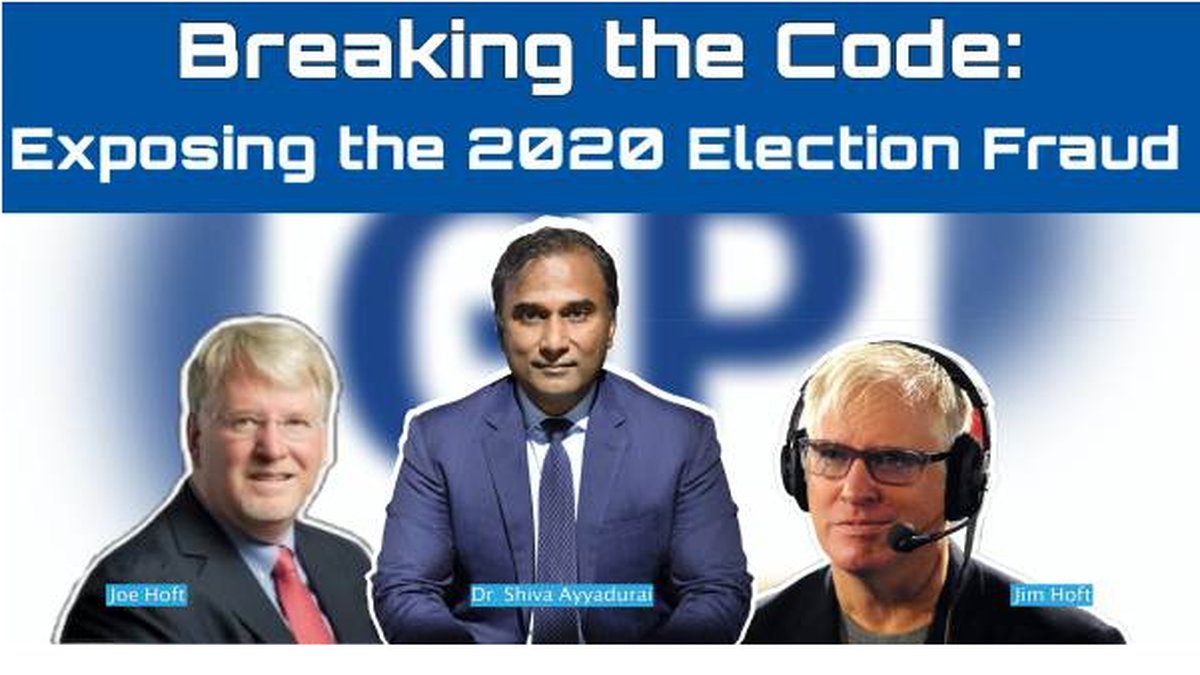 On Tuesday at 3 PM Eastern Dr. Shiva Ayyadurai, Joe Hoft and Jim Hoft from The Gateway Pundit will hold a live discussion on the widespread 2020 Election Fraud.

We will provide a live-feed at The Gateway Pundit on Tuesday afternoon at 3 PM Eastern.

Dr. Shiva Ayyadurai,  the inventor of email and recipient of the first US Copyright for “EMAIL”, holds four degrees from M.I.T and is a scientist-technologist, entrepreneur and educator, a Fulbright Scholar, Lemelson-MIT Awards Finalist and Westinghouse Science Talent Honors Award recipient.

Joe Hoft is an author and lead investigator at The Gateway Pundit. Joe spent the majority of his professional career in the financial industry and much of this time involved in the Asia Pacific region. He lived in Hong Kong for nearly a decade. His expertise is in financial reporting, accounting, auditing and insurance, in the US and in Asia Pacific.

Jim Hoft is the founder and editor of The Gateway Pundit, one of the largest conservative websites in America.  The Gateway Pundit currently draws over 4 million daily page views.  TGP is ranked 116 in the US Alexa rankings.

On Wednesday we will discuss Dr. Shiva’s continued analysis of the Michigan election results.  Dr. Shiva believes the patterns and ratios point to computer fraud in the state.

Joe Hoft and his team of experts found similar results in Pennsylvania, Wisconsin, Michigan and Virginia from the 2020 election.

We will discuss how the computer systems stole this election from President Trump.

Here is the live-stream video.