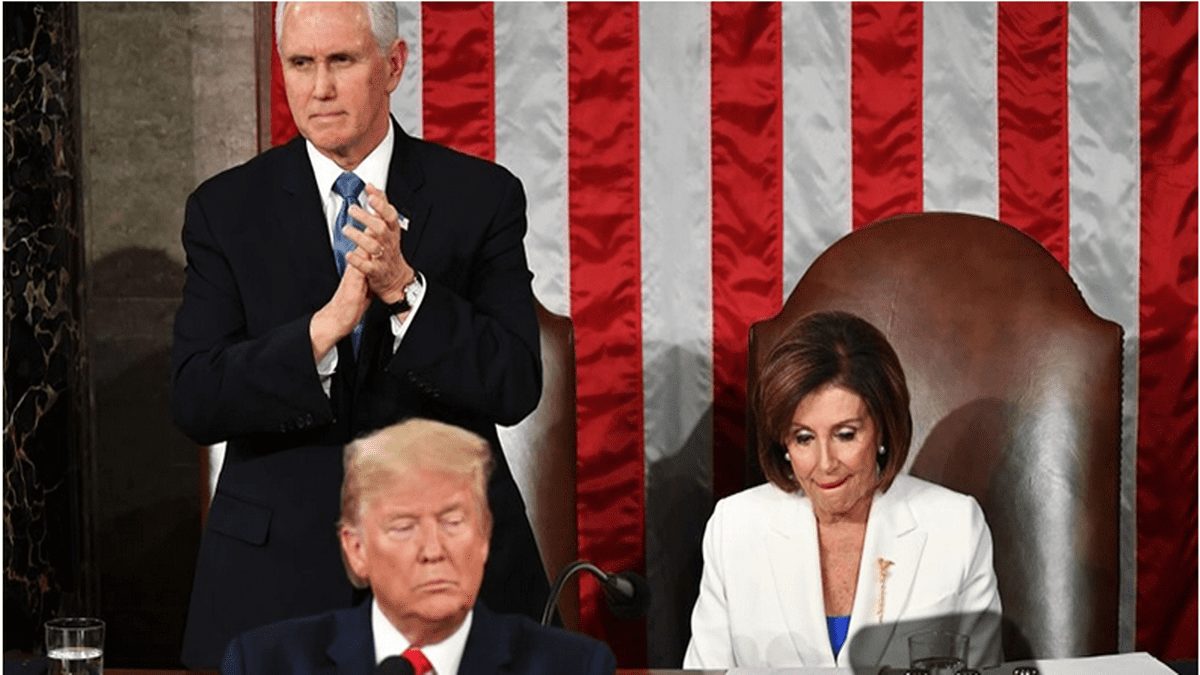 While others stood and gave applause in reaction to the president’s announcement, Speaker Pelosi remained seated and did not applaud

House Speaker Nancy Pelosi (D-CA) did not stand or applaud during President Donald Trump’s State of the Union address on Tuesday evening after the president announced that a young girl from Philadelphia, Pennsylvania, would be granted a scholarship so she could go to the school of her choice.

“I can proudly announce tonight that an Opportunity Scholarship has become available, it is going to you, and you will soon be heading to the school of your choice,” said President Trump to his guest, 4th grade student Janiyah Davis.

While others stood and gave applause in reaction to the president’s announcement, Speaker Pelosi remained seated and did not applaud.

The next step forward in building an inclusive society is making sure that every young American gets a great education and the opportunity to achieve the American Dream. Yet, for too long, countless American children have been trapped in failing government schools.

Jacob Engels joins Savanah and Tom to explain why he think Mayo Pete may be obfuscating his gay marriage in order to win voter in rural America.