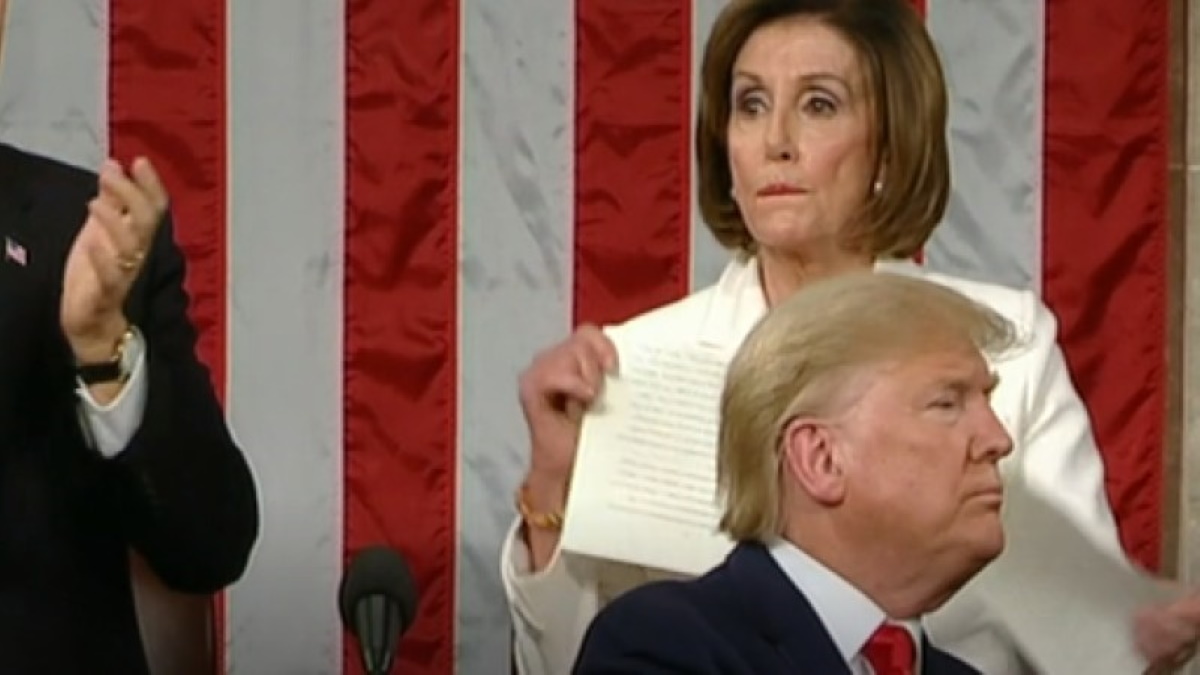 Nancy Pelosi’s petulant decision to tear up a copy of Trump’s speech at the end of last night’s State of the Union address appears to have massively backfired.

Presumably attempting to appear courageous, the Speaker of the House’s angry mannerisms only ended up making her look like a grandma off her meds.

The hashtag #PelosiTantrum soon began trending on Twitter, with the general consensus being that the moment represented an optical disaster.

“Nancy’s #PelosiTantrum was a huge error on her part,” commented journalist Tim Pool. “Democrats needed to keep the news cycle focused on Trump’s speech as their key talking point was that Trump was lying In her rage it seems she just shifted the entire conversation to decorum and her pettiness.”

“Nancy doesn’t harbor any hate in her heart for Trump you guys. She’s a Catholic!!!” joked the Blaze.

“It is hilarious to see Speaker Pelosi so #Classless and #Broken,” remarked Carmine Sabia. “They know 2020 is gone. Who is their hero Pete Buttigieg? Ok. They know it’s over and they cannot stand it.”

Carl Higbie pointed out that in destroying the document, Pelosi’s action could have violated the law.

18 US code 2071 states: “Whoever, having the custody of destroys the same, shall be fined… shall forfeit his office and be disqualified from holding any office under the United States.”

However, others pointed out that the document was a copy, not an official government document. Still, many people called for Pelosi to at least be censured.

“If Trump broke this law the Democrats would try to impeach him…,” commented Donald Trump Jr.

The based boomer memes were also strongly on display.

By the way, people who know what's coming are taking advantage of our healthy & delicious storable food!