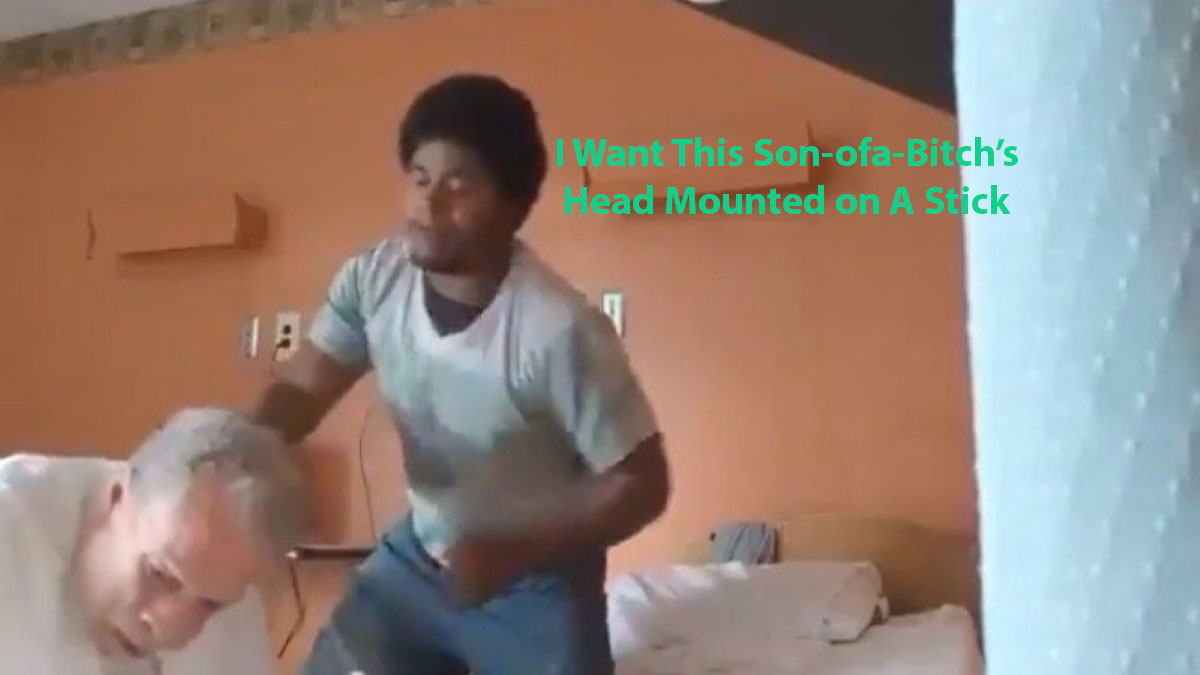 Don’t expect too much media coverage of this.

The culprit behind the horrific beating of an elderly man at a nursing home in Detroit made a YouTube video in which he asserted that “black people are supposed to rule the earth.”

Footage emerged yesterday of a man later identified as 20-year-old Jadon Hayden beating up a defenseless elderly white man by repeatedly punching him in the face.

Another clip shows him beating an elderly white woman.

Hayden uploaded the videos to his social media accounts but after the clips started to go viral on Twitter he was quickly arrested by police.

“The black race is the chosen race, the black race was supposed to rule the earth, but now…they have to go to the white man for everything and that’s not good,” Hayden says in one video.

“Black people are supposed to rule the earth,” he emphasizes.

Hayden also posted a video called “drugging ppl prank” that shows a white man convulsing in what appears to be the same nursing home, suggesting that he may have been responsible for the drugging.

Many have questioned why the story isn’t being covered by major news networks like CNN, arguing that if the roles were reversed and the culprit was white, there’d be a mass uproar.

President Trump has tweeted about the issue and Tucker Carlson vowed last night to cover it fully on his show tonight.

Hayden was a patient in the nursing home, which as Chris Menahan documents, has a very shady recent history.