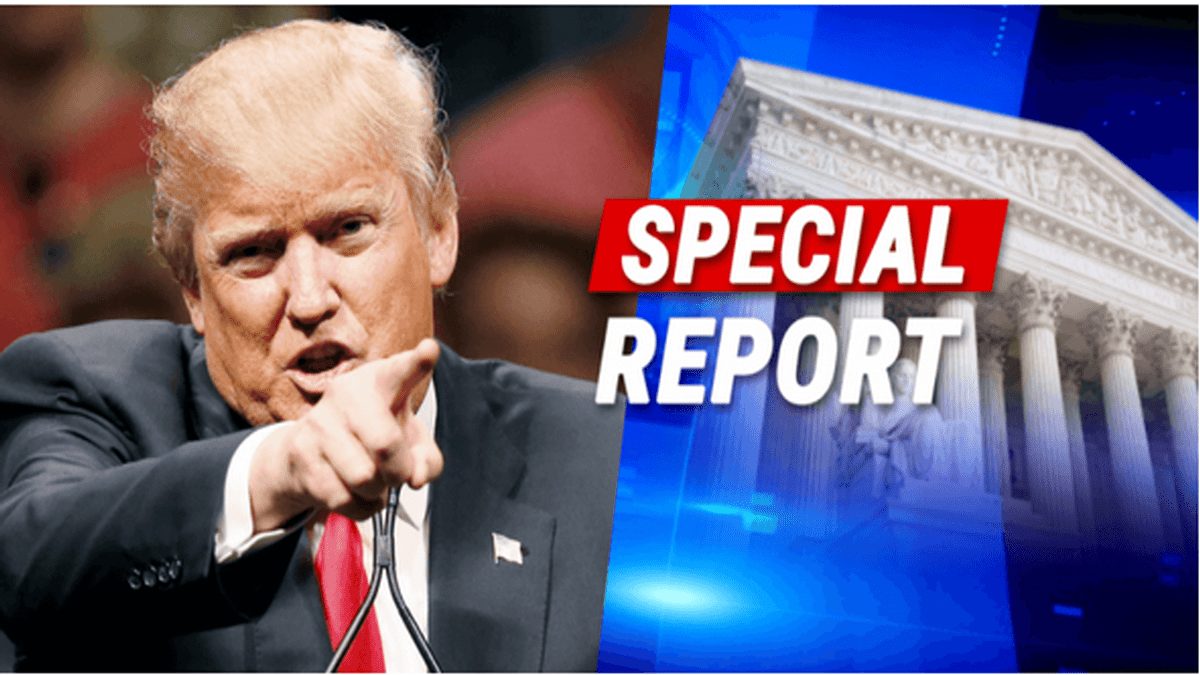 Democrats didn’t think the Supreme Court would dare – this is big!

Democrats have been walking on thin ice with their impeachment bid—but it looks like the ice is cracking.

We know that for months, they’ve been accusing Trump of  a “quid-pro-quo” to get Ukraine to investigate Joe Biden.

Yet, after all that talk, they are trying to impeach him on “abuse of power” (pretty vague charge) and “obstruction of Congress.” Whatever that means.

Schiff and others subpoenaed current and former Trump staffers, but Trump denied him, saying he has executive privilege, and taking it to the courts to decide. And Democrats say they can impeach him over that?

But it looks like the Supreme Court just pulled the rug out from under this charge, according to Alan Dershowitz.

Even if the high court were eventually to rule against the claims by President Trump, the fact that the justices decided to hear them, in effect, supports his constitutional contention that he had the right to challenge congressional subpoenas in court, or to demand that those issuing the subpoenas seek to enforce them through court.

The Supreme Court is reviewing a lower court ruling that will directly affect the House’s charge of “obstruction of Congress.”

This move supports Trump’s claim that the House had no right to force his staff to testify against him.

The very fact that they are reviewing this issue backs what Trump has said: that Schiff and the Democrats needed to go through the courts to subpoena White House staff.

In almost every other situation, you need the backing of a judge to issue subpoenas and force people to appear in court.

But Schiff and the Democrats’ impeachment inquiry was run by lawmakers. They did not involve the courts, including the Supreme Court. I mean, they didn’t even involve Republicans. It’s not like they cared what judges thought, right?

If the Supreme Court rules to uphold Trump’s claims, that means one of the Dems’ impeachment articles has to be thrown out.

They can’t say Trump “obstructed” Congress if the Supreme Court says he was right to do so!

That would leave only one, flimsy charge against him. “Abuse of power.” They haven’t explained in detail what this claims means, outside of vague accusations. All that amount to “we just don’t like Trump.”

Something tells me if they do vote to impeach, the Senate is going to drop this thing so fast. It’ll make the lefts’ heads spin.

SHARE if you think the Democrats’ impeachment is just a farce!

Adam Casalino
Adam Casalino is a freelance writer, author, and blogger. He is a regular contributor for the Patriot Journal. Find his other work: www.talesofmaora.com
https://patriotjournal.org/op-supreme-court-impeachment-article/