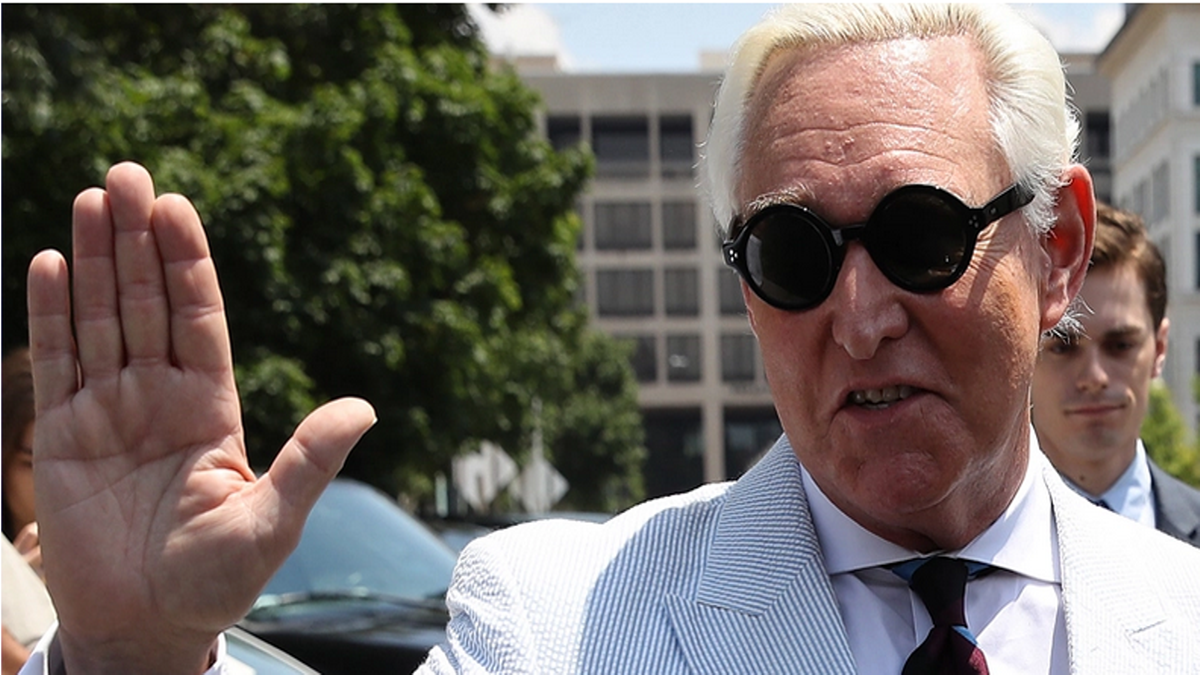 Says president is a brawler

President Trump will not resign amid the impeachment crisis rocking Washington DC, Roger Stone said during his first interview on the topic, breaking his four-month silence.

“There’s zero chance that he will resign, I think that’s wishful thinking by some in the political establishment,” said Stone on The Alex Jones Show Friday. “Donald Trump is a brawler, he has resources. One of the things that I think is hurting him is that you have a monolithic mainstream media, ABC, NBC, CBS, CNN – and you have the slow turn of Fox.”

“Listening to Fox during the daytime is just like listening to CNN, there’s an avalanche of misinformation. The president still has the bully pulpit, he still can demand coverage, and he is – I think – the greatest counter-puncher in American politics.

However, Stone also warned Trump of the neocon threat looming inside the Senate that’s still very capable of impeaching the president.

Stone made it clear that Trump needs to take the impeachment inquiry seriously as there are enough Republicans in the Senate that don’t share his non-interventionalist views.

To frame Trump’s situation, Stone said that the battles occurring in today’s Washington are not about “Republicans versus Democrats” anymore.

“It’s really about insiders versus outsiders,” said Stone. “The status quo versus a disruptor.”

Roger Stone Briefs President Trump On 2020 Dangers To The Republic

Roger Stone brings this important message to President Trump and his supporters of the dangers they face in 2020.

To thwart the establishment coup, Stone suggested Trump needs to channel his newly-enhanced war chest from his California fundraising to target the “soft” Republican senators in their own states.

“Trump needs to be more popular in those states than the senators,” said Stone.

Roger Stone: The War On Drugs Failed, Time For Action

Roger Stone breaks his silence to bring the important message to President Trump that he could solidify a victory over his Democrat opponents by ending the war on drugs.

Stone also reminded Jones’ audience the real reason why Trump has been the target of the “unprecedented impeachment saga” currently rocking headlines.

“[The impeachment efforts] are playing out in D.C. because of Trump’s move to remove troops from Syria,” said Stone. “[This has lead to] unprecedented neocon and mainstream media-driven backlash against Trump.”

A positive outcome of this orchestrated campaign against Trump is that it is helping his supporters realize their significance in the populist movement, added Stone.

“This impeachment inquiry has galvanized support for Trump like never before,” said Stone. “Trump has also delivered on bringing jobs back to America, wage growth, unemployment is lowest in 50 years, not to mention criminal justice reform.”

The DNC Does Not Want Joe Biden

Roger Stone breaks his silence on The Alex Jones Show and sheds light on the dismal state of the Democrat candidates.

Towards the end of the conversation, Stone expressed Trump’s vital role in forging a positive future as well as his concern for the president’s safety.

“Alex, I read the Proverbs every night and every morning, I’m doing a lot of praying as you might imagine,” said Stone. “I pray for the president and his family because he the one thing that stands between globalism and freedom. He’s the one thing that is an obstacle to one-world government and a total surrender of American sovereignty.”

“He believes in American exceptionalism and the promise of America.”

Roger Stone Says ‘I Am Praying For Trump Every Day’

Roger Stone is praying for Trump, his family and his supporters as the fate of America rests in their hands.

The Chinese government has issued a strong condemnation of Shaq’s comments on free speech while praising Lebron James’ boot-licking.