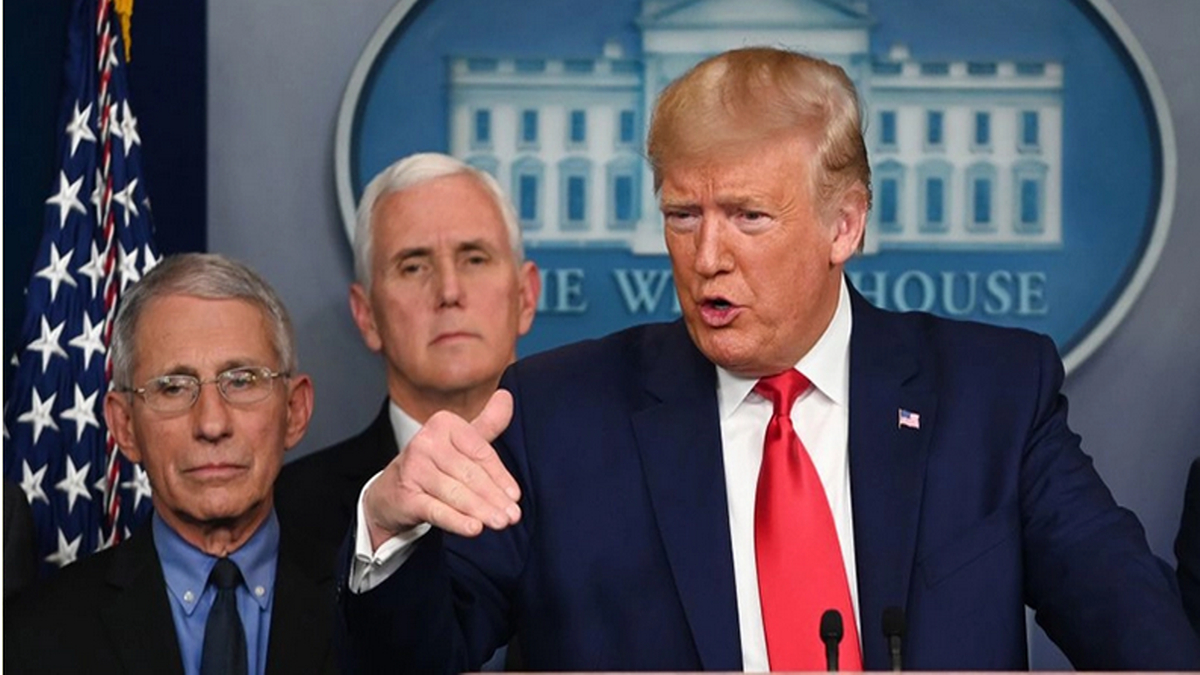 President Trump on Tuesday declared the U.S. is suspending funds to the World Health Organization pending an investigation into why they failed to warn America about the potential for a coronavirus outbreak.

During the announcement Tuesday in the White House briefing room, Trump slammed the World Health Organization for being wrong about his Chinese travel ban, and accused them of keeping vital information hidden from the US, labeling the globalist health authority “China-centric.”

Read the president’s own statements on why he felt the need to suspend WHO funds, transcribed below:

“The WHO receives vast amounts of money from the United States, and we pay for a majority… biggest portion of their money, and they actually criticized and disagreed with my travel ban at the time I did it, and they were wrong – they’ve been wrong about a lot of things.”

“And they had a lot of information early and they didn’t want to… they seem to be very China-centric and we have to look into that. So we’re gonna look into it. We pay for… we give em a majority of the money that they get

“World Health Organization – because they really are… They called it wrong. They called it wrong. They really they missed the call. They coulda called it months earlier. They woulda known, they shoulda known, and they probably did know. So we’ll be looking into that very carefully and we’re gonna put a hold on money spent to the World Health Organization. We’re gonna put a very powerful hold on it and we’re gonna see. It’s a great thing if it works, but when they call every shot wrong…”

Trump also referred to the WHO as “China-centric” in a tweet early Tuesday.

In one of the most infamous instances of the World Health Organization “getting it wrong,” or possibly putting out misinformation, the WHO tweeted on January 14 that there was no evidence of human-to-human coronavirus transmission, which has since proven false.

Take advantage of one of nature’s most hardworking nutrients with Vasobeet now at 40% off!