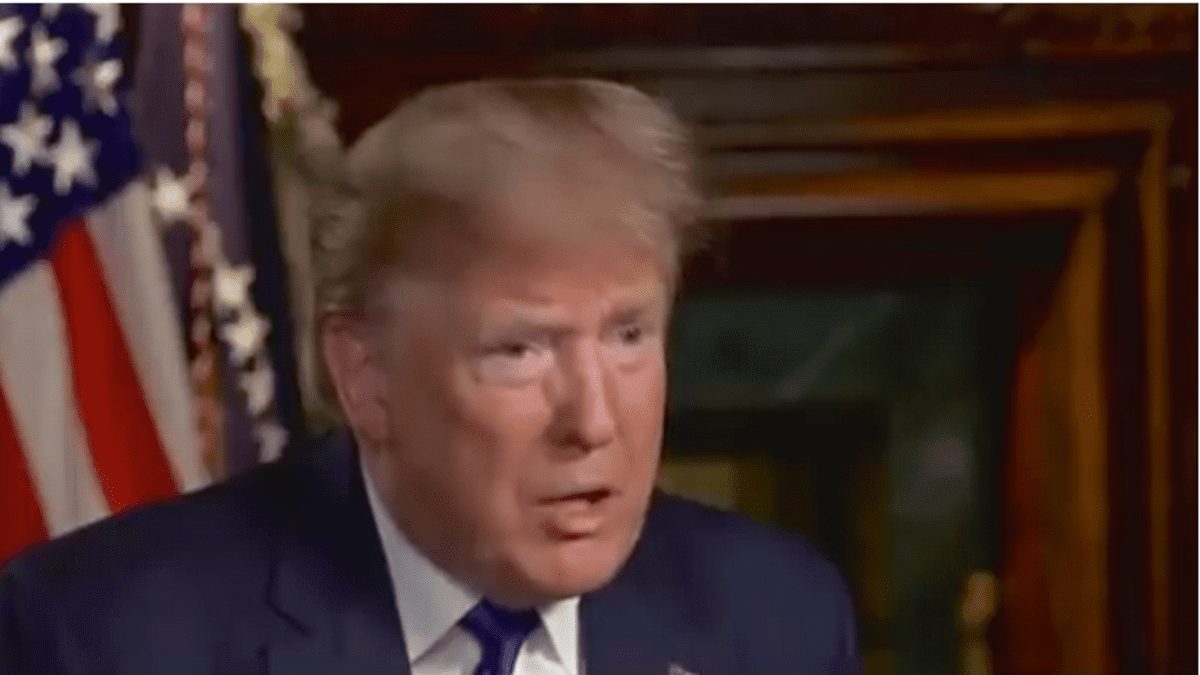 President jokes that Bloomberg needs a box to stand on for debates; media fact checks the claim

During a special pre-super bowl interview, President Trump proclaimed that his Democratic rival Bernie Sanders is a Communist, while slamming other Democrats by saying that at least Sanders sticks to what he believes.

“I think he’s a communist. I mean you know, look. I think of communism when I think of Bernie. Now you could say socialist, but didn’t he get married in Moscow?” Trump stated, during the appearance with Sean Hannity.

“I’m not knocking it, but I think of Bernie sort of as a socialist but far beyond a socialist.” Trump added, before urging that  Sanders is“true to what he believes,” unlike the other candidates.

“You know, now he wants a box for the debates to stand on. Okay, it’s okay, there’s nothing wrong. You can be short. Why should he get a box to stand on, okay?” Trump joked.

“He wants a box for the debates. Why should he be entitled to that? Really. Does that mean everyone else gets a box?”the President continued.

Of course, Trump was not being serious, however… over at CNN…

“How can you do this? This is crooked as hell. What they did is very dishonest.” Trump urged.