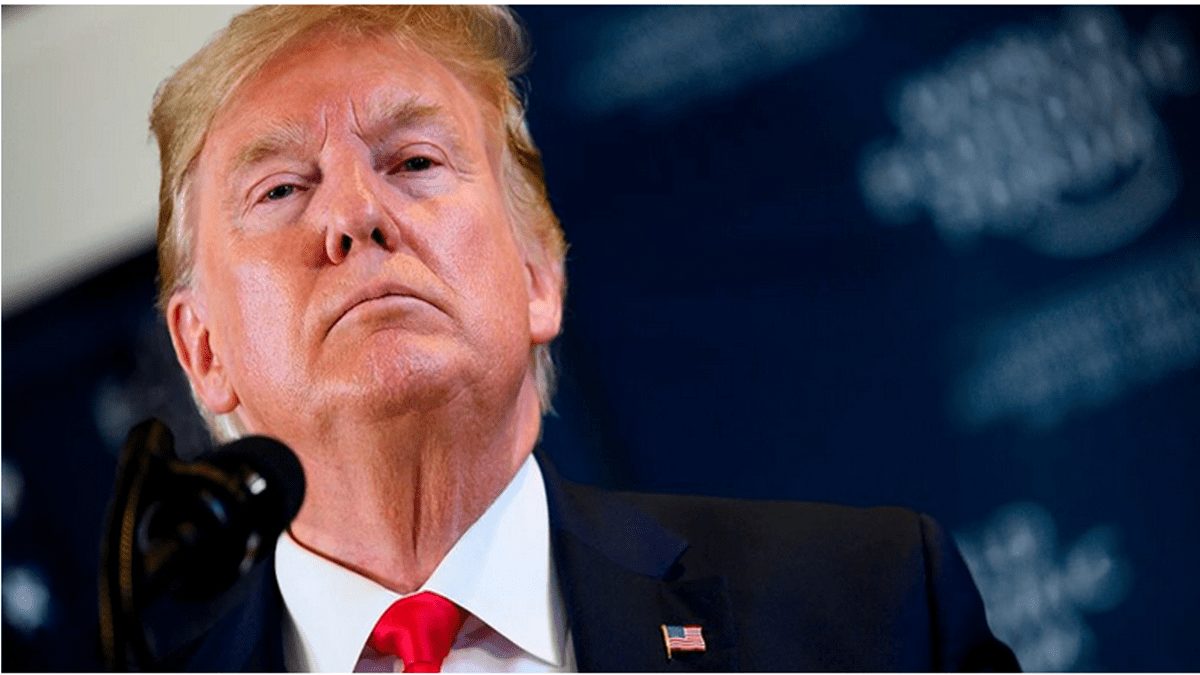 President Trump declared Wednesday that he would love to attend the Senate impeachment trial and stare his accusers down.

Speaking from the World Economic Forum in Davos, Trump told a reporter “I’d love to go. Would that be great? Would that be beautiful?”

“Why don’t you go?” the reporter asked.

“I don’t know, I’d sort of love to sit right in the front row and stare in their corrupt faces. I’d love to do it.” Trump replied

“Why don’t you?” the reporter again asked.

“I don’t know. Don’t keep talking because I may— you may convince me to do it.” Trump replied, but acknowledging his lawyers wouldn’t love it.

The President then imagined ‘pencil neck’ Adam Schiff speaking at the hearing.

“He’ll stand, he’ll look at a microphone and he’ll talk like he’s so aggrieved,” he said, declaring Schiff to be a “major sleaze bag.”

Trump also had some choice words for the media, calling the press “partners” in the “Russian hoax”.

“If we could straighten out the press in our country, we would have a place that is so incredible.” Trump urged.

“The press is so dishonest, so corrupt. I read it all the time. I don’t mind bad stories. I deserve bad stories sometimes. But when I do something great,or good, let it be written about good! Same thing with other people.” the President added.

“The corruption in the media, as I call it, the fake news media is unbelievable and hopefully everybody is going to sort of learn a lesson. People got Pulitzer Prizes for their coverage of me. And it turned out they were totally wrong.” Trump continued.

The President described the impeachment effort as “a takedown attempt of a sitting president of the United States.”

“The Russian hoax is a terrible thing. The dossier was a phony deal, paid for by Hillary Clinton and the DNC. And used in the FISA courts totally illegally. It’s a terrible thing that happened.” Trump asserted.

The President also took a moment to slam Hillary Clinton, weighing in on the beef between the two time loser and Bernie Sanders.

“She’s the one that people don’t like.” he added.

Survival Shield X-2 is back! Get the next generation of super high-quality nascent iodine at 40% off now!