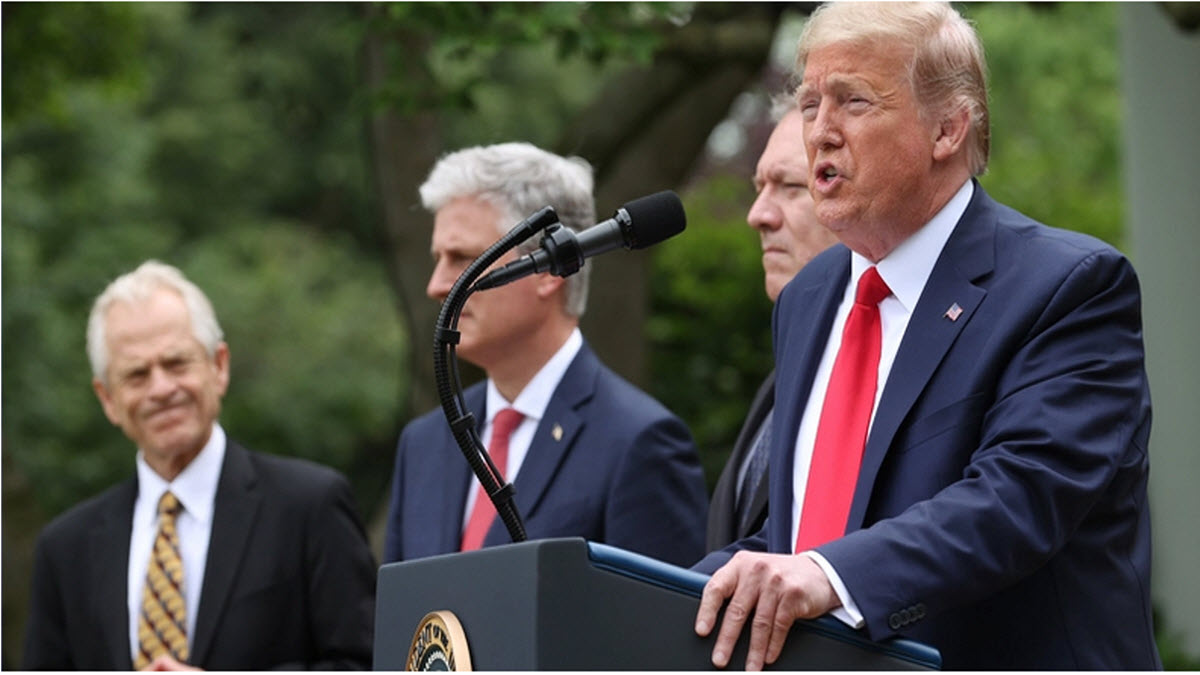 The president slammed the WHO and China’s role in covering up the spread of Coronavirus that lead to “incalculable” death and destruction across the globe.

“China has total control over the World Health Organization,” said Trump Friday from the White House Rose Garden. “Today we will be terminating our relationship with the WHO and redirecting those funds to other worldwide and deserving urgent global public health needs.”

“China’s coverup of the Wuhan virus allowed the disease to spread all over the world. Chinese officials ignored their reporting obligations to the WHO and pressured the WHO to mislead the world when the virus was first discovered by Chinese authorities.”

Additionally, Trump stressed that the world needs answers on why China allowed COVID-19 to spread across the globe but not throughout China itself.

“The world needs answers from China on the virus. We must have transparency,” said Trump. “Why is it that China shut off infected people from Wuhan from all other parts of China – it went nowhere else – it didn’t go to Beijing, it went nowhere else.”

“They allowed them to freely travel through the world including Europe and the United States. The death and destruction caused by this is incalculable. We must have answers not only for us but for the rest of the world.”

Trump’s speech came hours after his top economic adviser, Larry Kudlow, said the president was “furious” over what China had done “in recent days, weeks and months.”

Also, make sure to get your boost of zinc and pregnenolone today with The Real Red Pill now at 60% off!