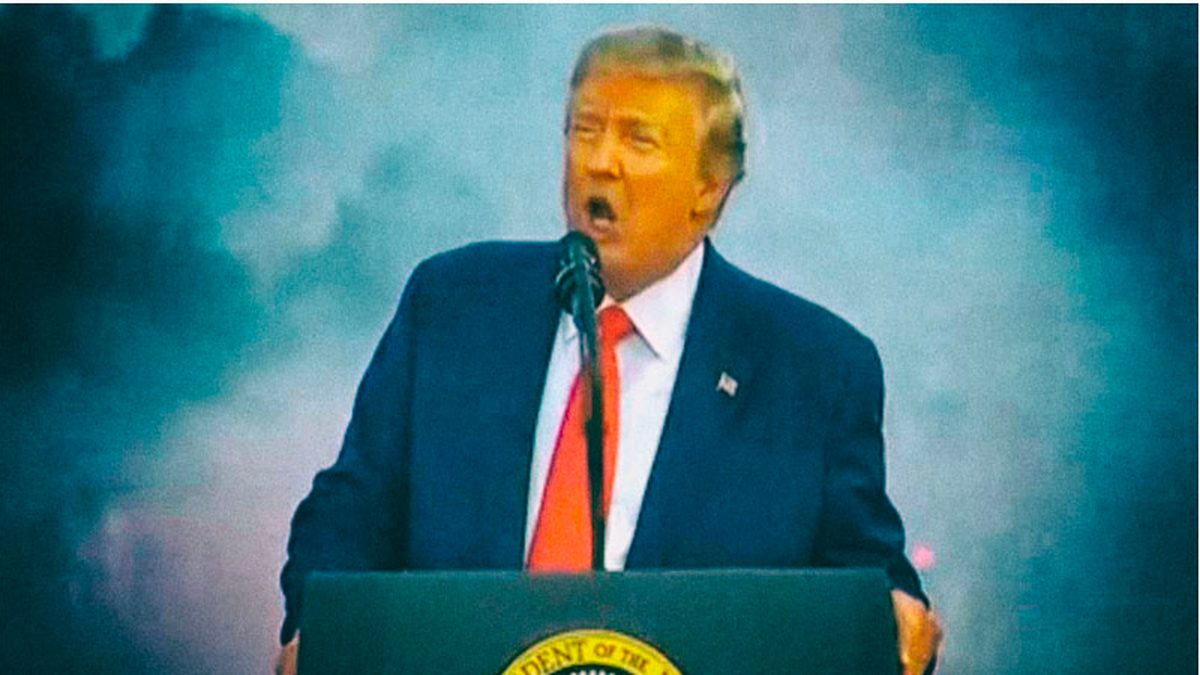 Of course the coverage and admiration for Mount Rushmore was business as usual for Bernie Sanders, and later Barack Obama. CNN’s Jim Acosta even referred to it as “a fitting stop for a presidential contender” in 2008.

While the left trigger their petty tyrant New World Order response by claiming that television icon Mary Hart was flashing the White Power symbol as she introduced Donald Trump. That same group crying in their 4th of July Cupcake have no comment when it comes to Alexandria Ocasio-Cortez spreading the same supposed vicious KKK symbols.

President Trump gave America the best fireworks show the White House could muster amid a tsunamai of Trump Derangement Goons expressing their deep hatred for our country in the streets and on television screens. Meanwhile, the Columbus statue was thrown into Baltimore’s Inner Harbor.

Total stupidity reigns among the disconnected rabid Marxist cultural revolution brownshirt machine that is still pretending to protest the death of George Floyd long after Minneapolis was declared a disaster by its Governor.

Our 4th of July Super Sale has been extended! Get double Patriot Points and free shipping on the hottest items!