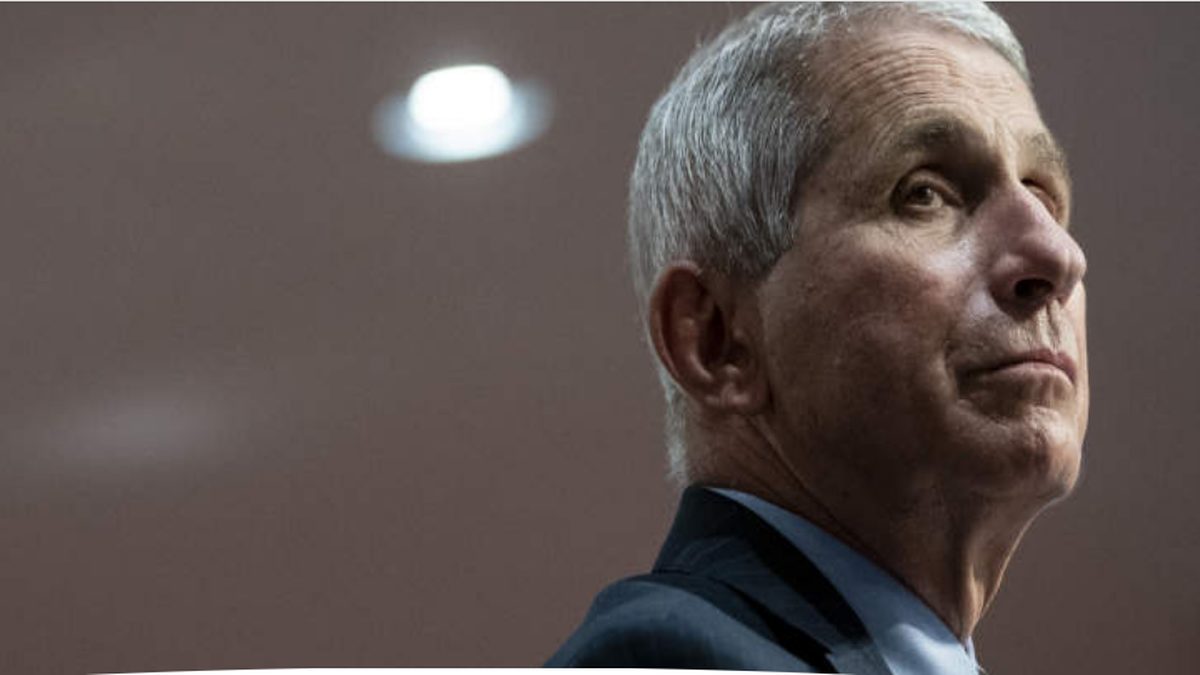 The pandemic’s guru, unfortunately, behaves as an ordinary creature of the Washington swamp.

I knew for sure that Anthony Fauci is a fraud after listening to him for about 10 seconds—as anyone who listens carefully would have known as well. President Trump had been charging the Chinese government with obscurancy and deception in its handling of the novel coronavirus outbreak. Fauci had dealt intimately with the Chinese on that matter. His National Institute of Allergy and Infectious Diseases and the Centers for Disease Control had partially financed the notorious Wuhan laboratory where Chinese scientists were researching the virus. Fauci knew a lot.

A reporter asked Fauci if he agreed with Trump that the Chinese have not been fully forthcoming about the scope of the pandemic. Fauci answered that although the Chinese had lacked candor in previous years, this time they had turned over “the sequence of the virus.” Spoken like a wily swamp reptile!

His words were factually correct. The Chinese had turned over all they knew about the virus’s “sequence”—namely, its genetic structure. But the reporter and the audience neither knew nor cared about that. They were interested in the Chinese government’s misrepresentations of the virus’s contagion, fatality rate, and so forth. That is what they had dissembled and lied about.

Fauci’s answer artfully deceived the audience into believing the opposite of the truth. Thus did Fauci help plant a dagger between Trump’s shoulder blades and help his party—the Democrats and the deep state—extort the American people’s compliance to their agendas.

Donald Trump’s decision to accredit Dr. Anthony Fauci as the COVID-19 pandemic’s guru is largely responsible for the extent of the panic that gripped America in the spring and now summer. Fauci is a bona fide graduate of medical school. Many attest to his earlier epidemiological brilliance. But none of the words by which he has helped inflict chaos on America have reflected either medical or epidemiological facts. Fauci has acted as, and has been, a politicized, partisan bureaucrat while pretending to be the disinterested authority of physicians and scientists.

The pretense that COVID-19 is something like, and hence is to be treated like, the plague is the essence of the scam that the deep state and the Democratic Party are perpetrating on America. Anthony Fauci’s pseudo-medical, pseudo-scientific pretense is the foremost pillar of that lie.

Sowing and maintaining confusion about the severity of cases of  COVID-19 infections—indeed, about the very meaning of the word “case”—has been the heart of that lie.

Understanding the truth begins with comparing the infection/fatality rate (IFR) of ordinary seasonal flu, 0.01 percent, with that of the bubonic plague or smallpox—around 30 percent—and then realizing that COVID-19’s IFR is roughly that of the flu.

Although Fauci was not the sole author of the confusion, he surely was most influential in spreading it. And it was a lie, because by January Fauci knew that, despite the Chinese government’s indications and media management to the contrary, COVID-19 was what we in the West have since learned from experience: deadly to the very old and otherwise compromised, but milder than most flu strains for just about everyone else.

That knowledge notwithstanding, Fauci concurred with the mathematical modelers’ dire forecasts of frightful across-the-board mortality rates. He substantiated their (baseless) assumptions of an IFR around 5 percent for everyone by citing as a “case” any sick person who tested positive for the virus or who had a fever, cough, and other respiratory symptoms like those caused by the virus. He then agreed that all such persons who died should have their deaths attributed to the virus.

In late March, Fauci convinced President Trump that a wave of such deadly “cases” would overwhelm America’s healthcare system unless Americans huddled at home. Trump agreed. (Remember, “15 Days to Slow the Spread”?) Thereafter, the lockdowns took on a momentum of their own.

So mindless of reality was this momentum that it shoved aside the only medical fact that made any difference, namely, the vulnerability of old, fragile people. Hence, Fauci’s CDC, all keen to free up hospital space, advised state and local health systems to transfer all manner of patients into nursing homes and long-term care facilities.

Thus did Fauci’s CDC become the efficient cause of the holocaust that killed perhaps 60,000 practically captive old folks.

By mid-April however, as the great wave simply was not happening, any number of independent studies were establishing COVID-19’s true, low IFR. Fauci retreated, no longer linking “cases” to deaths, he used the panic he had helped foment and the credit that Trump had naively given him, to finagle Trump into agreeing to a staged plan to end the lockdowns which, upon closer look, was really a plan for perpetuating them regardless of what happened.

The essence of this fraud is the pretense that all COVID-19 infections are “cases” requiring sequestration and quarantine, even if they involve persons to whom the virus poses no danger—i.e., nearly all Americans. To keep down the number of “cases” Fauci now preaches, Americans must be willing to accept any number of arbitrary restrictions, not least of which is superintendence by “contact tracers” empowered to allow or disallow anyone from ordinary employment and human contact.

To grasp Fauci’s dishonesty—being anything but ignorant, he knows exactly what he is doing—we need not recall his self-contradictions regarding the wearing of masks or regarding the risks associated with Holy Communion versus sex with strangers. Let us only recall what this board-certified physician has said and done about the drug hydroxychloroquine.

This standard antimalarial drug’s usefulness against COVID-19 was discovered accidentally as physicians around the world found it useful for treating patients, especially in the disease’s early and mid-stages. President Trump praised it.

The deep state howled. Fauci tried to backstab Trump by pointing out that the drug had not been specifically approved to treat COVID-19. Reporters refused to accept a backhanded put-down. When one asked whether he would take the drug were he infected with COVID-19, Fauci said yes, but qualified that he would do so only as part of an FDA study. Later, as the deep state’s campaign against “Trump’s drug” produced studies obviously biased against it, Fauci happily retreated to saying that the drug was now off the table.

But by June, as major peer-reviewed studies confirmed hydroxychloroquine’s usefulness, Fauci remained silent. He was doing the best he could for his class. Not for us.

This is not how scientists behave. Much less is it how doctors behave who take seriously the Hippocratic Oath. Fauci, unfortunately, behaves as an ordinary creature of the Washington swamp.