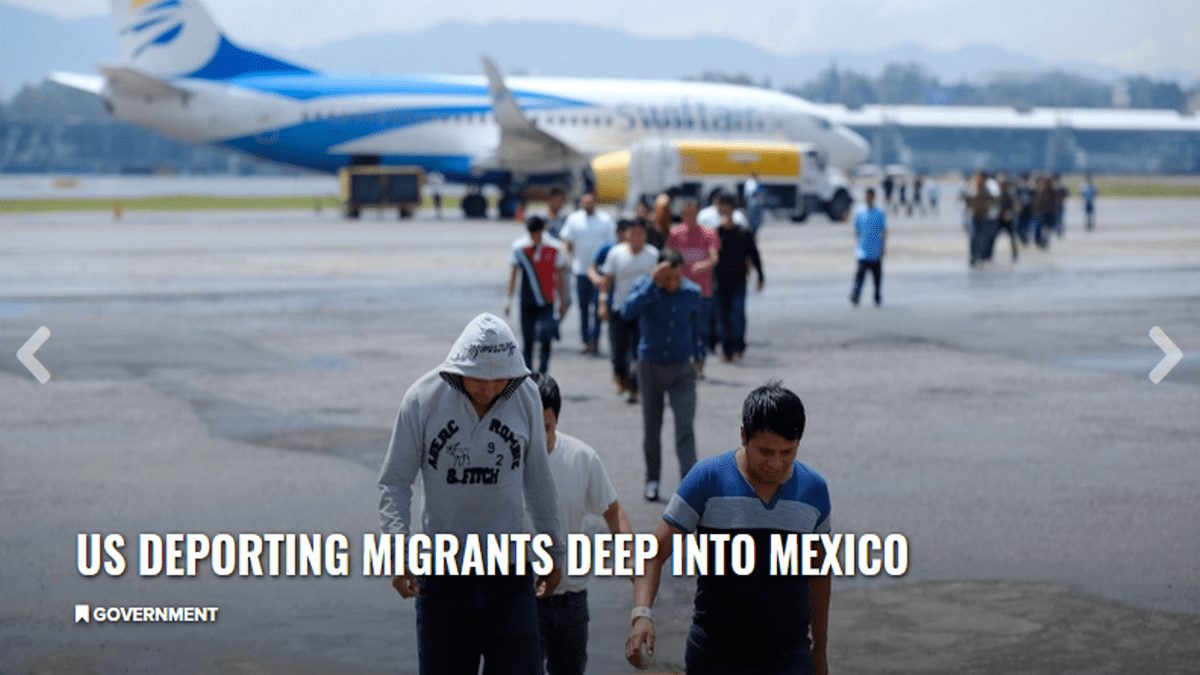 Program aims to prevent illegal re-entry by thousands of migrants

Illegal Mexican migrants are being deported deep into their homeland under new protocols implemented by the Trump administration and welcomed by the Mexican government, according to reports.

The Department of Homeland Security aims to fly at least 250 migrants into the interior of Mexico on a weekly basis.

“The plan marks a departure from past practice of releasing migrants at the border,” Fox News reports. “The idea would be to make it harder for repeat offenders to try and cross the border again if they are returned hundreds of miles away. Officials say returning people closer to their hometowns is better for them as well, and allows them to receive services from the Mexican government.”

Deportation flights from Tucson, Arizona, to Guadalajara began in December and are expected to increase by the end of January.

“This is another example of the Trump Administration working with the government of Mexico to address the ongoing border security crisis,” said DHS spokeswoman Heather Swift.

“Mexico has been a great partner in stopping illegal migration before they reach our border and in standing up the Migrant Protection Protocol which has allowed us to provide court dates to more than 55,000 individuals.”

Border apprehensions have dropped for seven consecutive months, after reaching a crescendo in May of 2019, when over 144,000 migrants attempted to cross the U.S. border, on record.

Key Trump admin programs, such as ‘Remain in Mexico’ (Migrant Protection Protocols), have contributed to the steep decline in border crossings.

Recently, the UN-funded WHO held a Global Vaccine Safety Summit where scientists admitted vaccines are killing people and adjuvants in the vaccines are part of the problem.