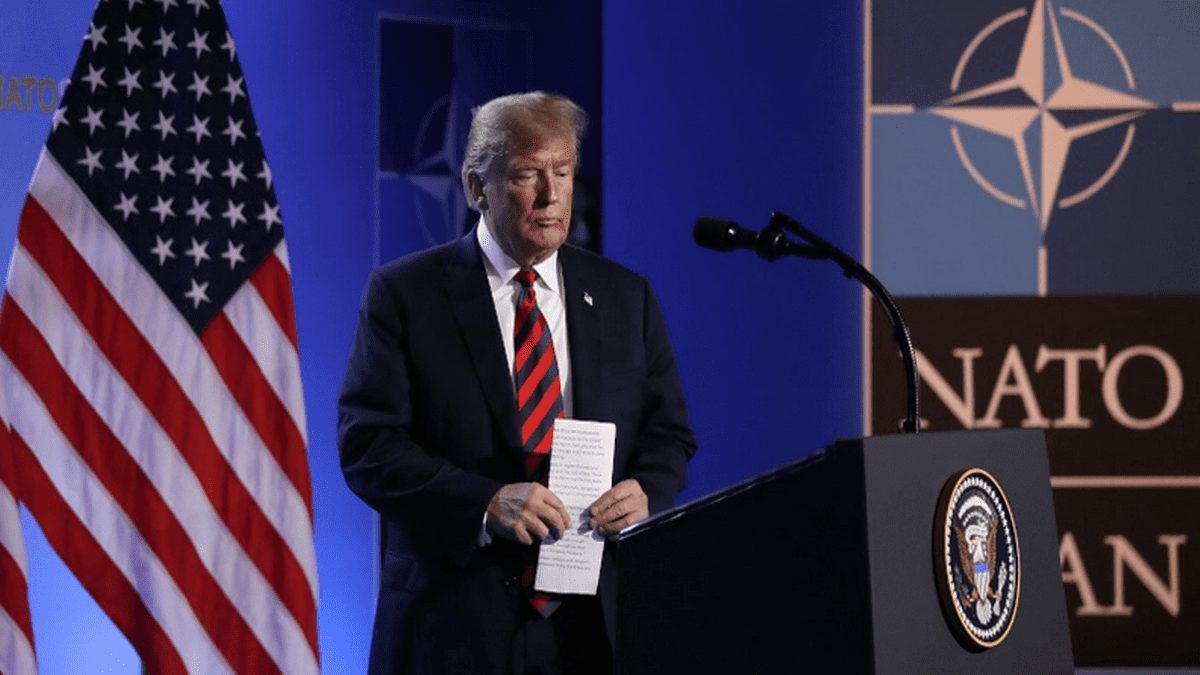 CNN cited unnamed Pentagon officials as saying that the White House wants to cut payments to NATO to about 16% of the total contributions to the alliance, which almost puts the country on a par with Germany.

NATO Secretary General Jens Stoltenberg has stated that the alliance approved a new scheme for calculating contributions to its total budget.

“It’s true that we have agreed with the new formula for the distribution of these costs [in NATO’s common budget], with the US due to pay less and Germany expected to pay more. Each of these countries will pay almost 16% of the NATO budget, and the rest will be distributed among other allies,” Stoltenberg told reporters in Paris on Thursday.

Alex Jones has launched a $5,000 music video contest for the new hit song “Jeffrey Epstein Didn’t Kill Himself” made by the Infowars crew.

Separately, the NATO chief pledged further modernization of the “strong” alliance, also reiterating his recent remarks that the EU is unable to defend Europe on its own.

“The EU is important, but it cannot defend Europe,” Stoltenberg said earlier this month after French President Emmanuel Macron claimed that NATO is experiencing “brain death.”

The Thursday statement comes after CNN cited unnamed US Department of Defence sources as saying that the White House had decided to cut its contributions of direct funding for NATO, hoping that other countries will fill the gap in the budget of the alliance.

The sources claimed that the US plans to slash its payments to NATO to about 16% of total contributions to the alliance, which actually puts the country on par with Germany, which will contribute about 14.8%.

According to the media outlet, the share of direct US funding was about 22%, which covered the costs of maintaining the alliance’s headquarters, its security investments and some joint military operations.

“All Allies have agreed upon a new cost sharing formula. Under the new formula, cost shares attributed to most European Allies and Canada will go up, while the US share will come down. This is an important demonstration of Allies’ commitment to the Alliance and to fairer burden-sharing,” the source pointed out.

US President Donald Trump has repeatedly pressed NATO member states to meet their annual defence spending obligations in the alliance since he took office in 2017.

He even insisted that they raise their expenditures to 4 percent of GDP — instead of the existing target of 2 percent.

In particular, Trump pointed the finger at Germany for its refusing to meet the goal.

Chancellor Angela Merkel additionally pledged to increase Germany’s military spending up to 1.5 percent of its GDP by 2023, which is, however, out of line with the NATO target.

Google whistleblower Zach Vorhies joins The Alex Jones Show Show to break down how the ADL is partnering with Big Tech to censor political dissent in America.